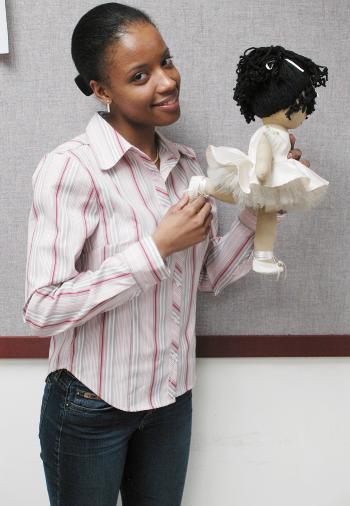 began at five years old when she was watching her older cousin’s dance recital and said, “I want to do that.”

The next year I was enrolled at the Ruth Williams Dance Studio in Harlem, New York City, and my love for the stage and dedication to hard work and development was definitely born in my years at the studio...Over my six years of formal training, I learned ballet, tap, and body percussion, and although I took professional classes for only six years, in high school I became very involved in cultural clubs and learned a bit of tango, Japanese fan dancing, and Irish step dancing. My best times, however, were always spent dancing in my room (and almost breaking things or myself) or spending hours trying to learn the choreography in Aaliyah’s “Are You That Somebody” video.

As a first-year, Shana danced with both Expressions and CityStep. In addition to performing in many on- and off-campus shows, she has developed her skills as a choreographer of both hip hop and lyrical dance styles.

I did not become the dancer I am today until I got involved with Expressions. I had always been interested in hip hop, but there was no venue for it at my high school, and I thank the directors of the company my freshman year for taking me in and encouraging me by casting me as a dancer and choreographer. Expressions has become my life and I have grown so much as a dancer, choreographer, leader, and person because of it...My dance background is diverse, and the company has allowed me to fuse it all here. I can do what my heart tells me, and I always have a great group of

dancers who are ready to work hard and make my dream a reality. The company has also been instrumental in my participation in the New York professional hip hop company ISA which was founded by former Expressions director Eunice J. Kindred ’02.

In directing Expressions, Shana has played a major part in the expansion of the company and plans to use the skills she has developed as a leader to share her love of dance and creativity beyond the confines of the performing arts community.

Right now my biggest project is to develop our smaller sub-company “EXP.”

We have a great group of dancers, and I am working hard to find the traveling company more venues on and off campus in which to perform....Next year, I’m thinking of having Expressions host its own dance competition and inviting groups from other schools. I also want to see Expressions do a serious and meaningful piece during the Black Arts Festival: a chronicle of the history of dance as it relates to African-Americans. I want people to understand where jazz, hip hop, and pop-and-lock actually come from. I also plan to start an after-school program at my church back in New York that fuses dance with many of the subjects learned in class. For example, the importance of formations in many types of dance can easily be used to explain concepts in geometry. Teaching the kids about the roots of jazz and hip hop in African-American history will help to build self-esteem in a society that does not recognize the achievements of black people throughout history.