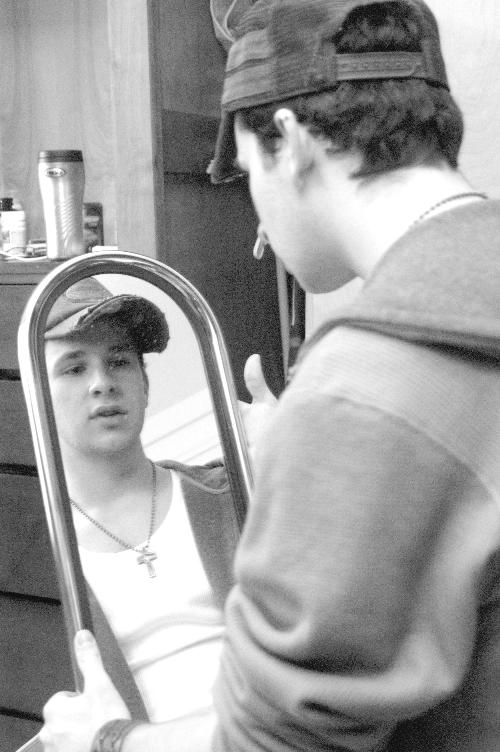 Pop Star in the Yard

The steamy video received as many as 1,500 hits a day when it was “released” over the internet last spring, according to Shields. Not bad for an kid from Belmont.

Shields, known to his Greek fans as “Petros,” admits that he receives much of his inspiration from Britney Spears. “She’s not exactly my role model, but she is the greatest thing pop culture has in our generation,” he says. “She’s great at capturing attention and controlling people.” As for himself, he says, “I wouldn’t mind being a washed up popstar, working behind the camera, controlling the next generation of the music industry.”

Up next for Shields is a Making The Band-esque reality show called Fourplay in which he will weed out hopeful Harvard auditioners seeking to join him in a dance pop “Abba-style” band. “Harvard needs a little more bubblegum-pop fun,” he says.

Shields says his celebrity didn’t affect his transition to college life, but he admits he suspects some of his “friends” have ulterior motives. Still, he offers advice to aspiring popstars looking for their big break: “Come to me! I will make you famous.”