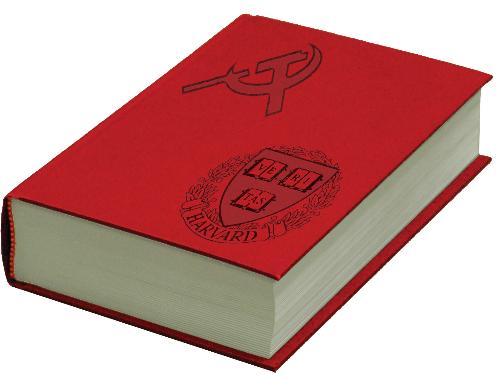 On Feb. 26, 1953, Wendell H. Furry, an associate professor of physics, appeared before the House Un-American Activities Committee. Three witnesses had said Furry had formed part of Harvard’s “Red cell” in the thirties.

“I am not a member of the Communist Party, I have no personal knowledge as to whether or not there is any Communist Party activity at Harvard or anywhere else,” he told Sen. Harold H. Velde’s committee.

Citing the Fifth Amendment, Furry refused to speak to the Velde committee about communism.

Over the next three years, Furry and Leon J. Kamin ’48 would be called to testify about their ties with the Communist Party and to name others in the party. Though they initially refused, they eventually revealed their own Communist activities.

“I guess we’d been hearing the drums out of Washington,” Stephen F. Ells ’56 says, “but it was when it landed in our backyard that it sort of intruded on our consciousness.”

The worst of the Red Scare at Harvard had fallen in 1954 and 1955. By 1956, Sen. Joseph R. McCarthy had lost much of his credibility. By the time the Class of 1956 was leaving Cambridge, the book was closing on the era.

“It was the height of the McCarthy period, even though it was on its decline,” says David I. Halberstam ’55, former managing editor of The Crimson.

KREMLIN ON THE CHARLES

McCarthy focused his efforts on Harvard, nicknamed “the Kremlin on the Charles.” Though the hearings were a distant reality for most undergraduates, Kamin, a graduate student employed by the Harvard Corporation as a teaching fellow, was vulnerable to the Red Scare.

“McCarthy maintained that he was not investigating Harvard, but that since his committee franchise included oversight of defense plants and Harvard accepted research grants from the Department of Defense, Harvard was in effect a defense plant—and I was an employee of Harvard,” wrote Kamin.

“What brought it into more intense focus than it might have ever had was the involvement of Nathan Pusey as president,” says Jacob ‘Jack’ Rosenthal ’56, a former associate managing editor of The Crimson.

As president of Lawrence College, Nathan M. Pusey ’28 had criticized McCarthy during his bid for reelection to the Senate. In response, McCarthy called Pusey “a rabid anti-anti-communist.” The president continued his limited defense of Harvard affiliates called to testify before McCarthyist committees.

“Pusey got high marks for that,” Ells recalls.

Still, reviews weren’t all-around positive. “The administration wanted to have it both ways,” Halberstam says. “The policy was to stand up for someone who had tenure and to weasel for someone who did not.”

That left Kamin, a Ph.D candidate, and Furry, a mere associate professor, out in the cold.

After Kamin was subpoenaed by Sen. William E. Jenner’s Subcommittee on Internal Security, the Harvard Corporation summoned him to an interview.

“I made clear to them that I would not name names,” he later wrote in a May 2005 letter published in The New York Review of Books.

The five-person governing board had to determine if Kamin was guilty of “misconduct,” which would mean he wouldn’t be asked to return to Harvard in the fall, or “grave misconduct.”

“The Corporation opted for misconduct,” Kamin wrote. “The misconduct consisted of my exercising a constitutional right guaranteed in the Bill of Rights.”

Kamin’s research mentor, Professor Richard Solomon, secured a grant that would allow him to complete his thesis despite the Corporation’s ruling.

“For this decision, which left me unemployed three months before I could complete my Ph.D. thesis, Harvard was widely acclaimed as a bastion of academic freedom,” Kamin wrote.

In May 1953, the Corporation placed Furry on three-year probation for “grave misconduct.”

“Dr. Furry’s teaching is of high quality and has reflected no Communism,” the Corporation released in a statement about Furry’s probation. “If, at any time during that period, because of Dr. Furry’s future conduct or because of contrary evidence as to his past conduct, we should deem it to be for the best interests of the University to remove him, we will do so.”

But before Kamin could formally receive his degree, the McCarthy committee subpoenaed him.

At the hearing, instead of citing the Fifth Amendment as he had before the Velde committee, Kamin refused to name names based on his “conscience.” Furry, too, abandoned the Fifth.

“After this hearing at least one member of the Corporation voiced his concern that if the press learned that I received a Harvard degree after defying the McCarthy Committee, Harvard would suffer grave embarrassment,” Kamin wrote.

In August 1954, the Senate voted contempt citations against both men, and in December a federal grand jury indicted them.

In April 1955, Judge Bailey Aldrich ’28 ordered a trial. Applause for McCarthy led the judge to declare a mistrial for Kamin in October.

One month later, Aldrich acquitted Kamin of two counts of his indictment, and in January 1956, he acquitted him on all six counts.

In June 1956, the U.S. government dropped charges against Furry, and the Red Scare fizzled out at Harvard.

Back on campus, students were underneath McCarthy’s radar, and the trials of Kamin and Furry didn’t impact their daily lives.

“We were isolated and somewhat naive about the damage that such accusations could cause to not only the poor unfortunates that were hauled up there, but also their colleagues,” says Ells, who is also a Crimson photo editor. “We had no experience with anything like a McCarthy hearing or investigation, so we weren’t able to put it in context.”

For most students, the hearings remained a distant reality.

“I remember noting among those people whom I respected a tremor of apprehension,” Ells says.

The lack of real danger made the hearings seem less threatening.

“It wasn’t like undergraduates went around fearful,” Halberstam says. “We didn’t think Harvard would crumble.”

After he was indicted for contempt of the Senate, Kamin took refuge in Canadian academia for 14 years. By 1968, the Red Scare had cooled down, and Princeton University hired him as chair of its psychology department.

But even after Harvard’s book was closed on the McCarthy era, the fallout continues to bother its victims.

“I am deeply grateful to the many Harvard faculty members who supported me in a difficult time, and who contributed generously to my legal defense fund,” Kamin wrote. “That gratitude does not extend to Harvard as a whole.”