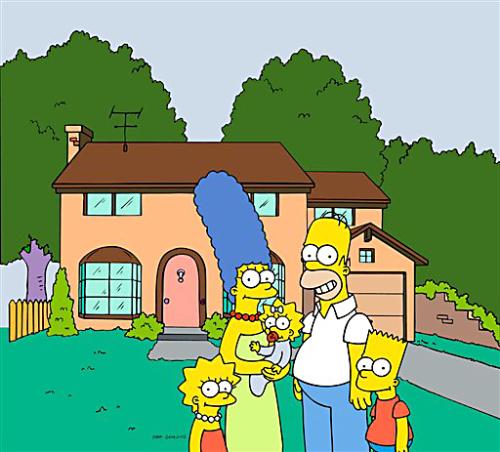 When one day in the fall of 1977, Mike L. Reiss ’81, Al E. Jean ’81, and some friends got bored stuffing envelopes for the Graduate School of Education, they started writing jokes on the letters before sealing them. They expected their antics would go unnoticed, but administrators discovered a batch of vandalized mail, and summoned Jean, Reiss, and company before the Administrative Board. The threat of suspension loomed, but they ultimately escaped unpunished.

“What saved me was that the Ad Board thought my jokes were funny,” Reiss says, with a reflective chuckle.

The Ad Board was right—they do write funny jokes.

Indeed, 25 years later, Reiss and Jean have written thousands of jokes and racked up an impressive array of accomplishments as comedy writers and producers, best known for their work on “The Simpsons.”

The two followed nearly identical paths from the Harvard Lampoon to Fox Studios and the upper echelons of Hollywood writer fame.

Jean and Reiss have won six and four Emmys respectively, and have played a significant role is shaping the longest running and one of the most popular sitcoms in TV history.

Side by side, Jean and Reiss have a comedic Penn and Teller-esque look. Bill L. Oakley ’88, who was on the Lampoon and later wrote and produced for “The Simpsons,” describes them as “a tall gooney Midwestern quiet type and a short swarthy funny bubbly guy.”

Jean arrived at Harvard at age 16, already a deft mathematician. He says of the “Simpsons” characters he is most like brainy Lisa, who is also his favorite to write for.

But one of Jean’s freshman roommates, Daryl A. Libow ’81, says the “math whiz” soon blossomed and found his comedic feet.

“They’re both comedically and intellectually brilliant,” says Jay M. Weinstein ’81, who lived with the duo as upperclassmen.

Yet while Reiss brought laughs to his classmates, he himself was disillusioned by his Harvard experience. To be sure, saying Reiss does not have many kind words for Harvard is an understatement.

“I hated Harvard,” he says. “I had an epiphany on my third day there: This place would be just as good as a summer camp where you met other people, networked, and learned from them. I feel the education I got there was distant and useless and uncaring. I feel they sort of squandered my youth and my father’s savings.”

Jean is more reserved in critiquing his alma mater, opting for subtle jabs.

“My only complaint is that I think Harvard doesn’t have enough money and doesn’t ask me to donate enough money,” he says, tongue firmly planted in cheek.

Jean concentrated in math, but quickly abandoned his pre-med plans.

“I hated all the other pre-meds, and I didn’t want to be around sick people,” he recalls.

Reiss, an English concentrator, was uninspired by his academic experience.

“I have nothing good to say about my English classes,” he says, adding that he applied to and was rejected from an Expository Writing class about fiction writing.

“Of course, I do OK writing fiction for my living,” he says.

AT HOME IN SORRENTO SQUARE

Not quite at home at Harvard, Jean and Reiss found their niche in the Bow Street castle as staff writers for the Harvard Lampoon.

“They definitely loomed large around the magazine,” says Jeff S. Martin ’82, a Lampoon writer who later worked on “The Simpsons.” “They were very funny guys and unusually polished comedy writers for that age. We were never surprised that they went on to success.”

Jean says they spent all their time at the Lampoon.

“It was practically my second dorm room,” he says.

Reiss is unambivalent about his respect for the Lampoon, but he says the hallowed institution had its fair share of internal strife.

“I’ve never seen real business as dirty and cutthroat as these meetings at the Lampoon. A lot of us who work together now weren’t friendly in school,” he says.

MOVIN’ OUT AND MOVIN’ UP

After graduating in 1981, Jean and Reiss were hired immediately by the National Lampoon. Over the next few years, they wrote for a number of TV shows, including “The Tonight Show with Johnny Carson," before joining the “Simpsons” team for the show’s debut in 1989.

While Reiss adored comedy from a young age, he and Jean did not expect to become professional comedy writers.

“We [at the Lampoon] felt there was such disgrace in writing professionally and writing for money,” Reiss says.

Although Jean and Reiss were among the first Lampoon alumni to write for television, today, one is hard pressed to find a sitcom without a Lampoon writer on staff.

At “The Simpsons,” Jean and Reiss were “showrunners,” or executive supervisors, for the show’s esteemed third and fourth seasons.

“Mike and Al are responsible for the best thing that ever appeared on television, which was the third season of ‘The Simpsons,’” Oakley says.

Yet Martin says the rigorous showrunner schedule did take its toll, often leaving Jean and Reiss “looking like they’d been in a POW camp.”

In 1994, after handing over the showrunner reins, Jean and Reiss created a new comedy show called “The Critic,” which ran for two years.

Still, the ubiquitous yellow family from Springfield has consumed the lion’s share of Jean and Reiss’s careers.

Jean attributes the show’s longevity to the richness of the “original universe” conceived by the show’s creators.

“There’s just so many great characters that we can do a different kind of episode every week without wearing thin,” Jean told IGN.com in 2003. “We work hard trying to do what people have grown to love without repeating ourselves.”

KEEPING UP WITH THE SIMPSONS

Twenty-five years into their wildly successful careers, Jean and Reiss continue to plow ahead with new projects.

Jean, who again took up the helm of the show after his earlier years as showrunner with Reiss, is now in his sixth consecutive year leading the crew. After this year, Jean will have overseen nearly half of the show’s entire run.

“It’s the thing I’m most excited about in my entire life,” he says. “I don’t like how gay people are treated in comedy. Gay people are nothing besides their gayness. So I created a cartoon that was pro-gay and featured gay animals.”

Reiss has also spent a fair amount of time during the past few years giving comedic speeches at college campuses across the country.

Both Jean and Reiss are spending a great deal of time on the long-awaited “Simpsons” movie, slated to be released in July 2007, the plot of which is being kept strictly under wraps.

“It’s been hard work, because we don’t want to blow it,” says Reiss.

“I think it will meet all of people’s expectations and more,” Jean adds. “You’ll have to see it five times to get all the jokes.”

‘GIVING’ BACK TO HARVARD

Jean and Reiss, who are both married, will attend their reunion this week.

Given Reiss’s antipathy towards Harvard, it may be surprising that he plans to attend his 25th reunion. But in addition to wanting to see his friends, Reiss has ulterior motives. He says he attends every Harvard fundraiser possible to get a free meal.

“It’s sort of my revenge,” he says. “I’m trying to get back my tuition one meal at a time.”

—Staff writer Sam Teller can be reached at steller@fas.harvard.edu.