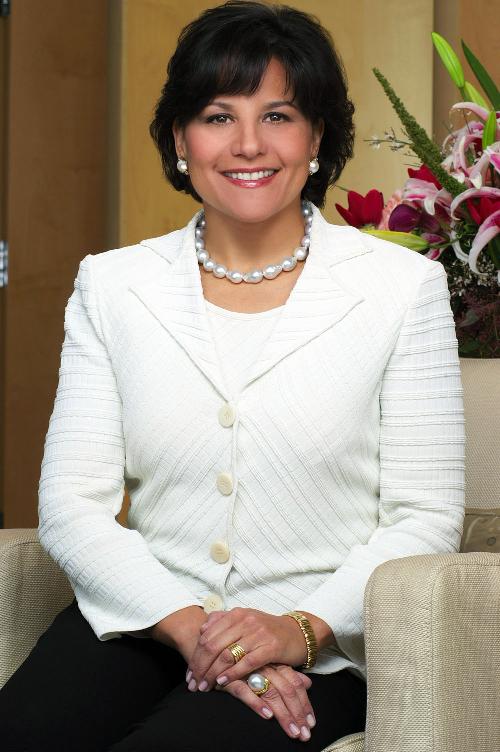 Penny S. Pritzker ’81 could have sat back and reveled in her life as a member of the multi-billion dollar Pritzker dynasty. Instead, the girl who once told classmates that she just worked at a hotel behind the front desk—casually failing to mention that her family owned the chain—has made a name for herself, distinct from her family’s.

This Hyatt heiress founded and runs the luxury retirement community series Hyatt Classic Residence, serves as president and CEO of Pritzker Realty Group, chairs the board of the credit reporting company TransUnion, and sits on the Harvard Board of Overseers. Forbes magazine ranked Pritzker number 89 on its 2005 list of 100 most powerful women.

But what Pritzker prizes most are not these responsibilities, but her philanthropic efforts and relationship with her family, according to college friend Carl J. Martignetti ’81.

“I have always been amazed by how she makes time for all aspects of her life,” he says. “She has achieved a real balance.”

The prominence of the Pritzker name began in Chicago with her grandfather, a Harvard Law School graduate who launched the family’s business and real estate ventures. Her father founded the Hyatt Hotel chain along with his two brothers in 1957.

Yet, as a student at the College, Pritzker says she was uncertain about how she would contribute to the family business.

“I was looking to find a place in my family’s enterprise where I could make my mark,” she recalls.

To better explore her interests, Penny, a Pennypacker Hall resident, enrolled in economics and fine arts courses during her freshman year. Pritzker has applied these history of art and architecture courses to her life by avidly collecting art, dealing in real estate, and formerly chairing the board of the Chicago Museum of Contemporary Art.

“I always say [fine arts] opened my eyes and gave me a new sense, and I carried that passion with me,” she says.

In the evenings during her college days, this economics concentrator doubled as a party planner. She loved to throw costume parties, says Elizabeth D. Sherwood-Randall ’81, her former roommate in Eliot House and close friend.

“Penny has a such a tremendous lust for life, coupled with this stamina,” she says.

“She had many suitors,” she recalls.

Pritzker moved on to earn her JD and MBA at Standard University, where she trained for and ran the Ironman triathlon.

Martignetti, who is in charge of the Class of 1981 reunion gift along with Pritzker, says she above all is a loyal friend.

“This concern for others, taking the time for friends, is really unique for Penny,” he says.

After completing her education, Pritzker entered the family business and paved the way for women both in her family and in the business world.

“I was the first woman family member to become involved with our family business. This is now the fourth generation of family endeavors, and so it has been a huge evolution,” Pritzker says. “I wouldn’t say I was discouraged, but you can imagine the culture wasn’t necessarily open to women.”

Having founded five businesses during her career, Pritzker, along with her family, has continued to give back to the community.

Pritzker is one of the four trustees of the Pritzker Foundation, which runs the family’s philanthropic efforts. In addition to funding efforts aimed at curbing childhood obesity, Pritzker says she and her husband, Bryan S. Traubert, are interested in the welfare of children.

“I believe the availability of quality public education is the foundation of our democracy,” Pritzker says. “This is something we are extremely passionate about and we have gotten involved with in our community, both with the reform of the Chicago Public School system and the charter school movement.”

Although the Pritzker name has repeatedly appeared in the news because of the family’s accomplishments and donations, it has also drawn negative publicity.

Pritzer’s youngest cousin—an actress who starred in “A Little Princess”—filed a lawsuit in 2002 alleging that the her father and other family members mismanaged and diverted money from her trust fund. The younger Pritzker’s suit exposed an ongoing battle by 11 other heirs to divide the family’s $15-billion empire into 11 pieces over a 10-year period. The Chicago Tribune reported this past January that the 11 heirs succeeded in dividing the Pritzker fortune, although the details of the deal have not been released to the public. Pritzker, along with her two cousins, still run the core of the family enterprise.

Sherwood-Randall says that the ordeal has been painful because, after Pritzker’s mother became ill, Pritzker had become the legal guardian to her two brothers who were later involved in the lawsuit.

“I admire her dignity and discretion in handling this by taking the high road,” she says. “She has largely not engaged in the mudslinging. It is a tragedy for her family that this has happened, because the Pritzker family has always been very private.”

A PENNY FOR YOUR THOUGHTS

Since 2002, Pritzker has been a member of the Harvard Board of Overseers, one of the University’s two top governing boards. She also co-chairs the University President’s Advisory Committee on the Allston Initiative. Pritzker says she applies her experience with real estate and architecture when dealing with the University’s expansion into Allston.

Pritzker views her experiences as an “honor and a pleasure” and has big hopes for the future of Harvard. In addition to completing Allston, improving the quality of undergraduate education, and expanding students’ international experiences, Pritzer emphasizes the importance of science.

“I feel indebted to Harvard for a terrific education, a great calling card,” Pritzker says. “And most importantly the introduction to many, many interesting and warm people that with whom I have had relationships with for the last 25 years.”

—Staff writer Madeline W. Lissner can be reached at mlissner@fas.harvard.edu.