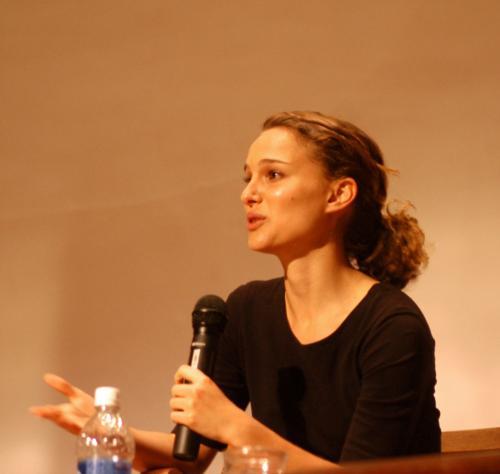 Natalie Portman ’03, the alum who made herself famous for starring in “Star Wars,” said microfinance has allowed women to “move out of poverty and to create hope in their lives” to a packed auditorium of nearly 700—drawn perhaps more by her star power than the subject.

Portman’s appearance at the Harvard Business School yesterday focused on her work with the Foundation for International Community Assistance (FINCA), which provides financial services to the poor in developing countries, and was part of a national college tour to increase support for microfinance, the practice of making small loans to poor individuals in developing countries.

She said she had known nothing about global poverty and microfinance until her senior year at Harvard, when the circumstances of a close acquaintance in Israel moved her to take action.

But after the speech, she said her lack of interest in the issue was less because of a dearth of opportunity than the fact that she simply did not take advantage of them.

“Harvard prepared me in a great way for having my eyes opened, for asking questions, but it’s definitely been in my time since school that I’ve really started learning and getting involved,” she said in the interview.

Portman, the FINCA International Ambassador of Hope and co-chair of the organization’s Village Banking Campaign, along with Jordan’s Queen Rania Al-Abdullah, said that microfinance could work successfully even in a “for-profit” environment.

“One of the biggest debates is about whether it should be for profit or not for profit,” she said in her speech. “In short, I think there’s room for both.”

Michael Chu, a senior lecturer of business administration at HBS and former president of microlending firm Accion International, was also a guest and welcomed the crowd to a night of “microfinance and Natalie Portman.”

Doug Henry, who is in his second year at HBS and is one of the vice presidents of international development and microfinance for the Social Enterprise Club, which sponsored the event, said Portman’s fame helped draw attention to the subject.

“I think it’s great that she’s using her celebrity to generate awareness for the issue,” he said.