In Defense of China 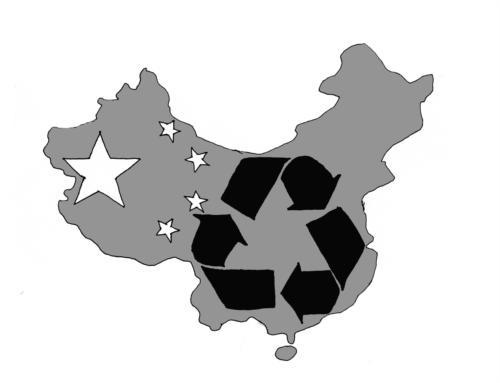 The world is staring at China. It is not only awaiting the extravaganza of the coming Olympic flame, but also scrutinizing every minute detail of China’s governmental and environmental wrongs. Instead of progress and achievement, the world sees a polluted country unable to stop choking on its own secondhand smoke. Such negative publicity may serve to bring awareness to China’s gilded image in the wake of Beijing 2008, but it does not do justice to China and its efforts at change.

The New York Times has been running a series of investigative pieces on China’s environmental policies. It focuses primarily on China’s lack of progress on green initiatives and the government’s human rights violations against vocal environmentalists. Likewise, a recent Crimson op-ed went so far as to predict that “many Chinese may never see a blue sky for their entire lives. ”

I was in China this summer, and I saw blue skies for an entire week. I took a trip to the north of Harbin, a major city several hours from Beijing, and stopped at the Heilong River just south of the Russia-China border. I saw my own reflection in a stream and drank from a spring without contracting diarrhea. I also climbed an observation tower and saw miles and miles of virgin forests.

Granted, many Chinese people do not have the luxury of seeing this side of China. This summer, Shanghai had record high temperatures, and any resident would tell you that clear days are rare. But just as we would not want America to be defined by the state of its biggest, dirtiest cities, we should not judge China’s environmental practices by its worst examples.

Even in the cities, the Chinese people are serious about conservation. My grandmother will not throw out a single bottle or can or piece of paper and insists that the air conditioning be only minimally effective. My aunt’s new apartment has a solar-powered roof and water heaters programmed to generate more hot water only during hours of maximum use. This spirit of conservation is embraced so strongly throughout the country that I spent most my trip in China feeling like a wasteful and spoiled American.

Of course, at the government level, more can always be done to ensure that people’s everyday conservation efforts are echoed in the policies. The biggest obstacles are China’s rapid industrialization and the prevailing sentiment that becoming the next superpower is more important than saving some trees. Much of the pollution can be traced to factories (many owned by foreign entities), which swallow up local resources and leave a path of smoke and waste. But China’s global ambitions and the government’s questionable actions hardly presage China’s collapse under the harmful byproducts of its growth.

For one thing, America is still booming after the excesses of the Industrial Revolution. By some comparisons, China is in better shape—none of its rivers have yet managed to catch on fire like the Cuyahoga, a river so polluted from America’s rise to industrial power that it actually sustained flames. China is also more proactive about the environmental impact of growth. The Communist Party has required that the same economic growth be achieved in 2010 using 20 percent less energy than in 2005. For the same time period, the government has also mandated that mercury, sulfur dioxide, and other pollutant emissions decline by 10 percent in total. None of this is a guarantee that China’s next generation will see more blue skies, but it certainly is a step in the right direction.

Environmental progress is being made in China, but perhaps not as fast as the media would like. Now may be the opportune time—with the focus on Beijing 2008—to highlight some of China’s developmental problems, but that does not mean the media can portray all of China as a giant wasteland in the name of instigating change.