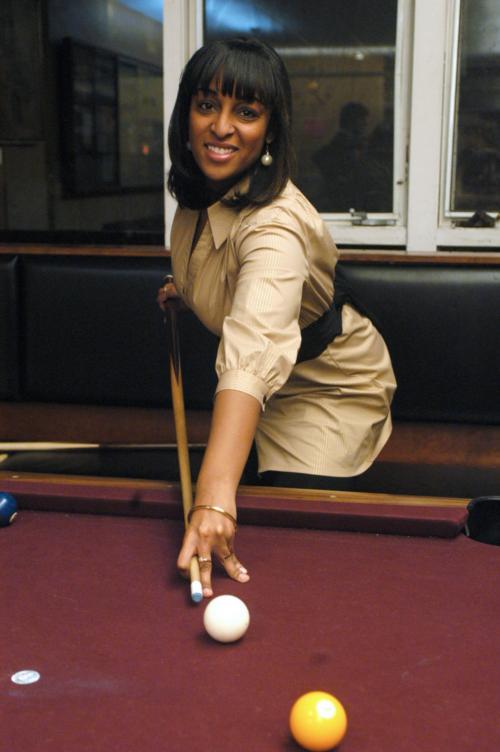 Only a true leader can turn an age-old adage on its head. While actions are thought to speak louder than
By Sarah B. Schechter

Only a true leader can turn an age-old adage on its head. While actions are thought to speak louder than words, Natasha S. Alford ’08 has proven the power of words to spur action.

Growing up, Alford attended an inner-city high school in Syracuse, N.Y. where she became known for achievements in oratory competition. Unable to find a formal outlet at Harvard for her love of language, she decided to instead use her speech-making skills to help give voice to the causes she cares about.

Alford has also been active in the black community at Harvard. She is a member of BlackCAST and has been both a staff member and a model for Eleganza. Last year, as president of the Association of Black Harvard Women (ABHW), Alford worked to restructure the organization, revamping its high school mentorship program, organizing a career panel, and speaking at the annual Martin Luther King, Jr. celebration at Memorial Church. Amara A. Omeokwe ’08, former vice president of ABHW, was impressed by Alford’s commitment and leadership abilities: “She’s very visionary. Whenever she undertakes a project, she really thinks big and tries to do things differently...she’s very passionate about affecting the community that she’s a part of.”

Alford’s involvement in Harvard life has not always been idyllic. In her junior year, Alford was brutally hazed by an off-campus Greek organization. True to form, she refused to stay silent and eventually wrote an op-ed in The Crimson about her experience.

Despite being diagnosed last year with idiopathic thrombocytopenic purpura, a rare blood disorder involving low platelet counts, Alford refused to take time off from school. Instead, she added weekly chemotherapy infusions to her schedule of thesis writing, job hunting, and extracurricular commitments. She is now in remission.

Alford’s cherishes her ability to spur change and influence her peers. “I’m a person who’s always speaking out, always giving my honest opinion—which sometimes gets me into trouble,” Alford says. “That’s who I always want to be: the person at the mic drawing attention to things I think are important.”