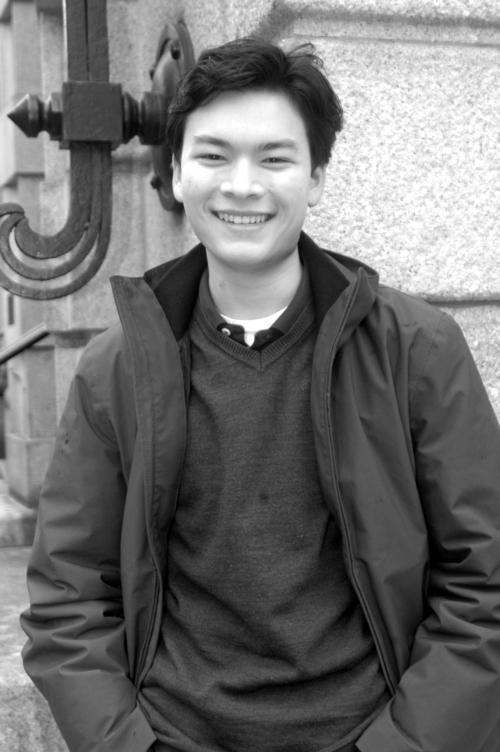 Since receiving a tiny violin as a birthday present when he was four years old, Stefan P. Jackiw ’07 has come a long way. Not only has he been a featured soloist with countless orchestras—from the Boston Symphony Orchestra to the Seoul Philharmonic Orchestra—but he is also about to make his debut this summer with the prestigious New York Philharmonic. With these impressive accomplishments under his belt, Jackiw was an easy choice for the Louis Sudler Prize in the Arts. The award recognizes exceptional artistic talent and is sponsored by the Office of the Arts (OFA).

Jackiw says he knew that he wanted a career in music after soloing for the first time with the Boston Pops at age 12.

“It was a very big deal for me. It let me see what life could be like doing this. It was one of those moments I’ll never forget,” says Jackiw.

Jackiw, who will graduate from Harvard this semester, will also receive an Artist Diploma from the New England Conservatory (NEC). Although many serious musicians choose to go to a conservatory over a liberal arts school, Jackiw wanted the experience of both.

“A lot of people who are serious about music go to arts high schools or are home-schooled,” says Jackiw, explaining the difference between himself and other young musicians. “I went to normal high school and loved it. Having been exposed to things besides music and having friends who aren’t musicians, I wanted to have that same environment. I wanted to continue that, but I had to be in the city so I could still be serous about music, so Harvard was a natural choice for me.”

With schoolwork both at Harvard and at NEC, plus an impressive amount of performing and traveling, Jackiw has juggled a lot in his four years here.

“It’s been very busy,” he recalls. “The part that’s most difficult is the travel. The daily practice is manageable. But missing classes for traveling is quite tricky. I always bring work with me, but a lot of times it doesn’t get done. Music and practicing is my number one priority.”

“Of course, he went to Harvard too, so I’m trying to follow in his footsteps,” Jackiw says of Ma. “But even if he had gone somewhere else, still, just because I think the way he presents the music is very special.”

Jackiw’s admiration for Ma is extensive: “He throws himself into every activity that he’s involved in. I’ve seen him perform countless times and he is always so involved, and gets the audience involved. He’s a compelling performer – it’s really overwhelming to watch him. He’s also a really nice person, and he’s done very important things for classical music, like the Silk Road Project.”

After graduation, Jackiw plans to move to New York City and continue his career as a professional violinist. Although it will be a change of location for the Boston native, Jackiw looks forward to being able to focus solely on his violin.

“It will be the first time that performing is all I’m doing,” he says. “I’m going to miss Harvard, and especially the people I met here, but I’m excited about not having to worry about writing that paper.”