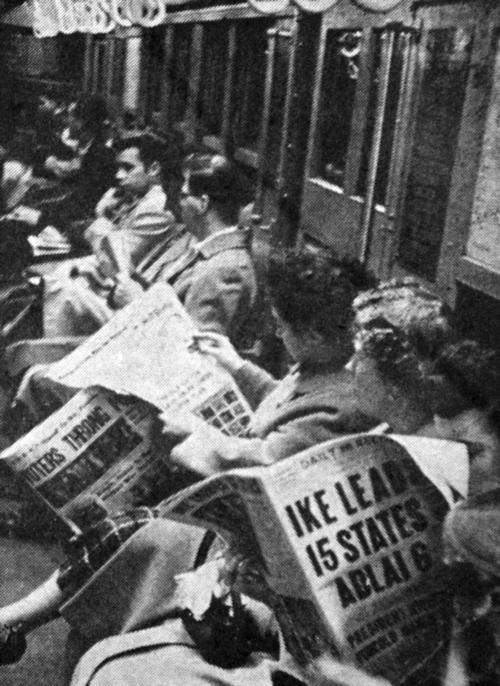 Over the course of four years, Harvard students responded to the Cold War as tensions flared inside and outside Harvard Yard. Senator Joseph McCarthy targets Harvard University in his quest to weed out alleged communists in America. The United States develops the hydrogen bomb, and the first color television is sold. For the Class of 1957, these events were the background to their time at Harvard.


1953: Nathan M. Pusey is selected to be the 24th president of Harvard University. He begins his tenure just as Senator Joseph McCarthy, in the last throes of his crusade to find Communist sympathizers, directs his attention again at Harvard Yard. This time, McCarthy orders the investigations of Instructor Leon J. Kamin ’48 and Associate Professor of Physics Wendell H. Furry on their past Communist associations and were required to give testimony in Boston’s Federal Building. The Crimson later publishes a series of six editorials criticizing Furry and Kamin for their refusal to speak about their activities in the respective trials.

This “pink scare” is the last in a long stretch of investigations into possible Communist activities at universities. Throughout the McCarthy era, Harvard students and faculty remained vehement in their defense of academic freedom and the unconstitutionality of the investigations.

Oct. 1953: The United States tests the Hydrogen Bomb. Students and professors hold debates on atomic warfare. Harvard is declared a “secondary target” by Cambridge Civil Defense Director Edmund H. Burke. It is determined that in the event of nuclear war, Harvard would have to be evacuated immediately.

Dec. 17, 1953: The Federal Communications Commission approves color television, but the new technology does not reach Harvard until 1956, when Lowell House residents are treated to the College’s first color television in their common room.


Spring 1954: The “Ivy Group”—the predecessor to the Ivy League—is formed and splits from the NCAA.


1955: The University marks the 75th anniversary of Radcliffe College with a celebration in Sanders Theatre.


April 12, 1955: The creation of a vaccine for polio is announced. Two Harvard professors, Thomas H. Weller and John F. Enders, aid in the development of the vaccine. The two would later receive the Nobel Prize for developing a method of cultivating polio viruses on non-nervous tissue.

Oct. 5, 1956: The men’s basketball team cancels a planned winter trip against Southern schools where African-Americans are banned from playing because of segregation laws or customs. Director of Athletics Thomas D. Bolles announces that Harvard’s teams would no longer participate in athletic contests that discriminate against players.


Oct. 23, 1956: Hungary’s revolt against its pro-Soviet government is quashed by Russian tanks. In response, Harvard students form the Harvard Freedom Council. The council organizes film screenings and attempts to raise money to have one Hungarian student study at Harvard each year.


Nov. 6, 1956: President Dwight D. Eisenhower defeats Adlai Stevenson in the 1956 presidential election. Reaction to the election is mixed and spurred many campus politicoes into action. The Crimson expresses its view: “Well, there you’ve had it, America. Or there you’ve had it.”


1957: J. Robert Oppenheimer ’25, the father of the nuclear bomb, is invited to give the William James lectures. Entitled “A Hope of Order,” the lectures centered on the responsibility of science in the atomic age. Some students and alumni questioned the appointment of Oppenheimer because of his alleged communist ties.
—Staff writer Kimberly E. Gittleson can be reached at gittles@fas.harvard.edu.