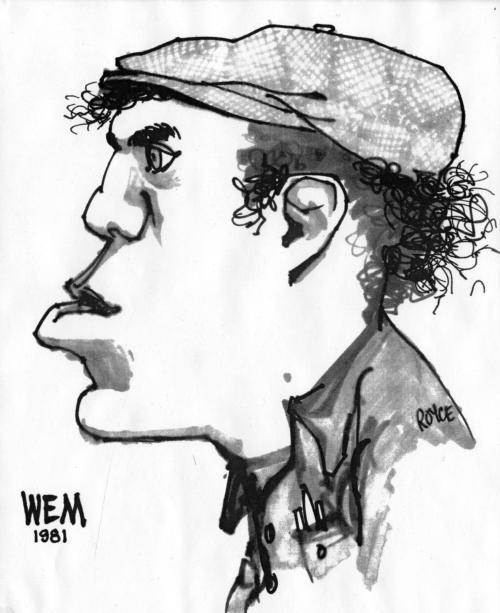 This portrait of William E. McKibben '82 hangs in the newsroom of The Harvard Crimson. McKibben was president of The Crimson for the 1981 calendar year.
By Christian B. Flow, Crimson Staff Writer

A commentator on the state of affairs at The New York Times once wrote that journalists are fond of joking about their profession’s appeal to those with extreme attention deficit disorders. Like most jokes, the humor hinges on an element of truth: namely that newsmen are often asked to cover different subjects from day to day.

But when it comes to the journalistic career of William E. McKibben ’82, the humor comes more crisply if the deficit in question is read to be one of attention to anything except reporting.

“I came to Harvard because of The Crimson,” McKibben would write of his college paper prior to his graduation, in June of 1982. “When they told me freshmen couldn’t start comping until the semester was two weeks old, I was miserable.”