The Change in Quincy House 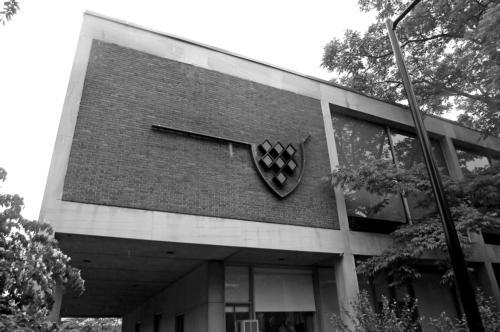 When Helmholtz Professor of Health Sciences Lee Gehrke and his wife, Deborah, arrived at Quincy House last fall as Acting Masters, there wasn’t much in the way of House spirit awaiting them. But within months, the Gehrkes had done more for House community than Quincy’s official Masters, Clowes Professor of Science Robert P. Kirshner ’70 and Jayne Loader, had managed in years.

Thursdays became Quincy community nights in the dining hall. Lee and Deb learned everyone’s name, came to sporting events and concerts, remembered who wrote for which campus publication, and asked about the big events they couldn’t attend. They bought a pool table for the Quincy lobby, which became instantly popular with students, tutors, and House staff.

Whether out of apathy or indifference, busyness or nonchalance, Kirshner and Loader, who were on sabbatical this year, have always given a distinct impression of caring little for Quincy’s students and staff. Master-student interactions were mostly limited to monthly open houses, to which students were invited but never quite welcomed, and semi-annual formals.

The difference this year has been conspicuous. Attendance at Master’s Open Houses has soared, and for Deb’s birthday, scores of Quincy students crowded the Junior Common Room (JCR) to surprise her. In sharp and telling contrast, when Kirshner returned for a visit in May, only a handful of students went to see him. Perhaps this is because, as master, Kirshner rarely deigned to mix among the common folk in the dining hall, much less take the time to learn our names and activities.

Not only do Kirshner and Loader distance themselves from the Quincy House community, but they also have a terrible misconception of who exactly this community includes. The dining hall staff and other House employees are an integral part of the House community, and are considered friends by many Quincy students. Yet Quincy dining hall workers explained that Kirshner avoided talking to them directly and made it clear they were not welcome to use House spaces and equipment.

The Gehrkes have done just the opposite. They know the staff and encourage them to partake in House events and to make use of the JCR, and they were delighted to see students and staff playing pool together.

The problem is not merely that Kirshner and Loader have a different style of leadership than the Gehrkes. It is not about whether a book party is a better House event than a pumpkin carving. Rather, it is that, in all their years at Quincy, Kirshner and Loader never invested as much in the students and in Quincy House community as the Gehrkes did in just nine months.

Leaders of Quincy’s senior class wrote a letter to Kirshner last month explaining the positive changes the Gehrkes brought to Quincy and asking that they be continued. Over half of Quincy’s senior class signed it. Kirshner came to Quincy to discuss the letter with students, but those present described his response as evasive and insincere. Kirshner did agree, in a brief e-mail a week later, to keep Quincy community night—but he appears to have missed the point. It wasn’t until a month after his visit—and a little pressure from those dissatisfied with the first letter—that he sent another, saying he wants his leadership to be “lively, engaged, and stimulating.”

Yet “engaged” is something he has never been. Even before his expected return, Kirshner is attempting to retract some of the simple steps that the Gehrkes took to bring House community to Quincy. Kirshner has made it clear to House staff that the popular pool table is an unwelcome addition to the lobby, and expressed hope that it will be removed on the basis that it is “unaesthetic.” The dining hall workers have also, once again, been told that they are to remain in the kitchen.

What the senior class, and indeed the entire House, noticed this year was a change in how much its Masters care about Quincy’s community and its students. By responding to the seniors’ long list of suggestions with a cursory agreement to keep one new event, while simultaneously undermining other aspects of Quincy’s new-found community, Kirshner has yet again demonstrated that he does not understand what students value.

Quincy deserves to have the Gehrkes return as its Masters next year. The decision lies entirely in the hands of Dean Benedict H. Gross ’71. Unfortunately, Gross and University Hall have thus far shown very little concern for complaints that have been brought forward. Concerns about Kirshner and Loader’s leadership are not new. In fact, their Masters’ contract was renewed last year for only three years, instead of the usual five. This year, many students, tutors, and staff have gone to University Hall to explain the tremendous improvements Gehrkes have made. In addition to the seniors’ letter, a petition in support of the Gehrkes circulated in the fall. Although it was never submitted, University Hall got wind of it, and yet, Gross has made no public response.

The purpose of a House master is to make the House a welcoming, supportive environment for its students—not merely to reward a prestigious member of the Faculty. This year, Quincy House has indisputably been a better place for students and for the entire House community. No amount of concessions on paper—to keep Quincy community night, to eat in the dining hall, or even to keep the pool table—can make up for the intangible difference it makes to have House masters who truly love the House community and are invested in its members. That is the difference in leadership style between Kirshner and Loader and the Gehrkes.

Next year’s Quincy community deserves the same incredible House experience that the Gehrkes made possible this year. We sincerely hope that Gross makes the well-being of Quincy students and staff his first priority and invites the Gehrkes to return in the fall.