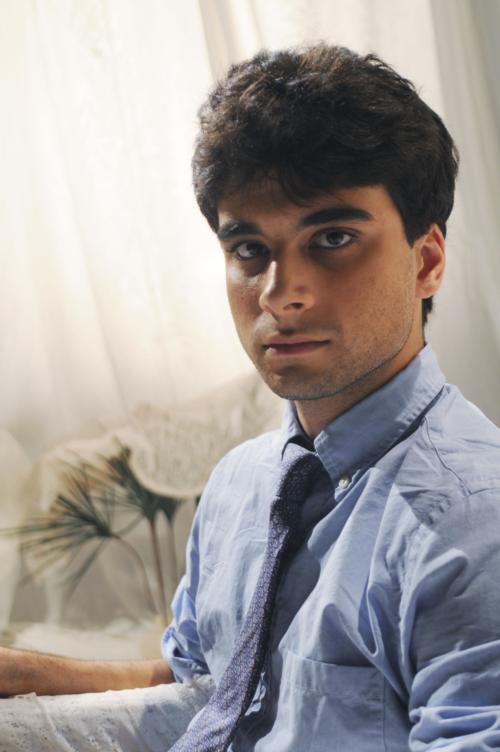 He started his theater career at the age of six with an appearance on “Mister Rogers’ Neighborhood,” and he was extensively involved in community and professional theater throughout high school. Despite his numerous theatrical accomplishments, Vartikar-McCullough says, “Theater was never my focus; it was always very much visual art.”

It’s this concentration on visual art that sets him apart from others in the theater community. For Vartikar-McCullough, a play goes beyond just text and characters. “There’s more to theater than just scenarios,” he says. A Visual and Environmental Studies concentrator, he is keenly aware of how set design, costumes, and movement not only accompany the text but also act as entertainment in their own right.

This coming weekend, Harvard students will get the chance to see Vartikar-McCullough’s fresh and creative interpretation of Tenessee Williams’s play “Suddenly, Last Summer.” This is his directorial debut, and he has worked hard to combine his artistic vision and Tennessee Williams’s script in a completely new way. Trying to avoid a disconnect between the design and text of the play, Vartikar-McCullough—with assistance from collaborators—worked throughout the summer to design all aspects of the production, including the set, costumes, and lighting.

“‘Suddenly, Last Summer’ was Tennessee Williams’s favorite play,” Vartikar-McCullough says, explaining his choice. “It came in a period of his life, after a year of being institutionalized. He wrote this in a fortnight, a completely cathartic outpouring. It’s his favorite work, and yet every time it is put on it gets bad reviews.”

Vartikar-McCullough is excited by the challenge of directing this show, which has tested so many other directors. To overcome the long line of bad reviews, Vartikar-McCullough plans to bring the show back to Williams’s intentions and incorporate a distinct approach to directing. “Tennessee Williams clearly wanted it to be an abstract, absurdist kind of thing. More well put, it was this bizarre world and an incredibly intense emotional situation. Every time, the bizarre world is ignored.” Vartikar-McCullough is playing up this abstract nature of the environment: “I wanted to create this elision between actors and their surroundings.”

The seamless integration of the actors and their environment has not been without its difficulties. Williams’s work deals with lies, insanity, and homophobia, making for a powerfully emotional text, and the intensity of the script certainly caused some obstacles for Vartikar-McCullough. “I think working with such intense material and addressing [it] in a way that makes the actors feel comfortable working together was sort of this long process. The challenge in the beginning was getting past this huge gap that the text puts between the actors naturally.” Still, this challenge has been worth the effort. “The most rewarding thing for me has been working with the actors,” he says.

Vartikar-McCullough envisions a new sort of theater and hopes that the audience walks away with a new concept of what theater can be. “I took a look at all these schools of acting,” he says of the development for his direction, “[and I] came up with this totally new way to put the actors in this situation.” Incorporating his experience in both theater and art, he has created a new dynamic in performance. “Instead of presenting the text to the audience, vis-à-vis the movement, we’re hiding the text, we’re sheathing the text, we’re putting a veil over it,” Vartikar-McCullough says. “The whole thing could exist without the text, the text blooms out from underneath it.”