'A Professor Without a University' 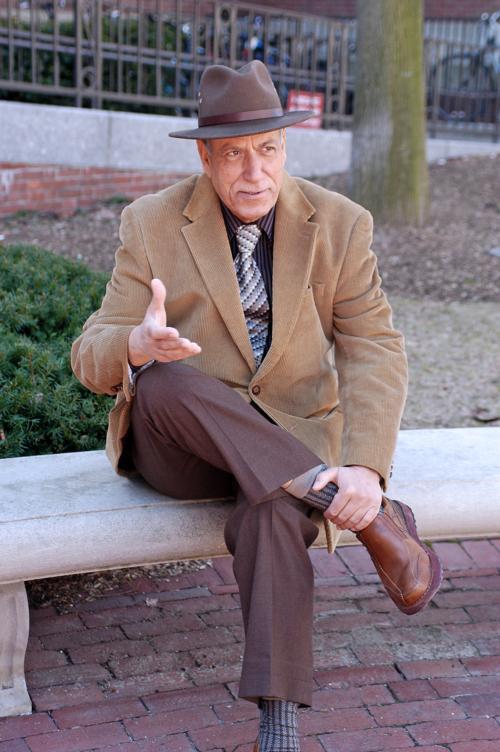 "Death to the Dean Abdul Sattar!” Islamic militants chanted as the Shakespeare scholar fled through the back door of his Baghdad office building.

This is how Abdul Sattar Jawad, now a visiting scholar in the English and American Literature and Language department, remembered his last day at Baghdad University.

It was April 2005, and Jawad had just been appointed dean of the College of the Arts.

But his fiercely anti-fundamentalist views challenged the rising influence of Islamic militants at the university, he said.

The month before, the headquarters of “The Baghdad Mirror,” Jawad’s secular, English-language newspaper, had been bombed. He had left work only five minutes before the attack.

After white-shrouded militants converged on Jawad’s university building, government officials advised him to leave the country immediately, he said.

“Suddenly,” Jawad said, “I saw myself a professor without a university, a journalist without a paper.”

The international Scholars at Risk network brought Jawad to the United States: first to teach at Duke University and then to research at Harvard.

Now, in an office tucked into the corner of the Barker Center, Jawad works on his Arabic translation of Shakespeare’s sonnets and a book about T.S. Eliot’s influence on modern Arabic poetry.

James T. Engell ’73, chair of the English department, said Jawad is “a great addition to the department.”

Jawad’s love of literature and journalism “form a strong combination reminding us that the world of letters and the world of events are never far apart,” he said.

Although Saddam Hussein repressed his people, he did not touch literature, Jawad said.

But in the chaos following the American invasion, he said, Iraq’s universities have become a frontline for the nation’s ideological struggles.

Baghdad University has become a stronghold for the Mehdi militia led by Muqtada al-Sadr, according to CNN.

The university—now controlled by militants in charge of “campus security”—has canceled classes in Western philosophy and American literature, Jawad said, and students are now studying Islam and “al-Sadr philosophy.”

“There are no proper classes in Baghdad,” he said. “The Ph.D.s have fled or been killed.”

Jawad was equally unsparing in his criticism of the current Iraqi government.

“We have no government. We have authority confined to the Green Zone,” he said. “The government is smaller than the Barker Center.”

Jawad has a vision of what he wants in an Iraqi democracy: “We want language. We want books. We want jazz music. We don’t want turbans. We export them tax free—to hell.”

Stymied in his attempts to influence Iraqi politics—he said he won a seat in Parliament in 2004 but was denied it because of political reshuffling between the three major parties—Jawad said he has turned his hopes towards poetry.

Jawad said he hopes to return to Iraq when the violence subsides. Meanwhile, he wrestles with his country’s fate from afar.

In his poem, “Voice from the Past,” Jawad imagines Shakespeare knocking at Scheherazade’s door—but Scheherazade can’t recognize him because she’s distracted by the Iraq war.

“And then at the end of the poem, [Shakespeare] said, ‘I know one day you will recognize me,’” Jawad said. “One day, this country will rise up again.”