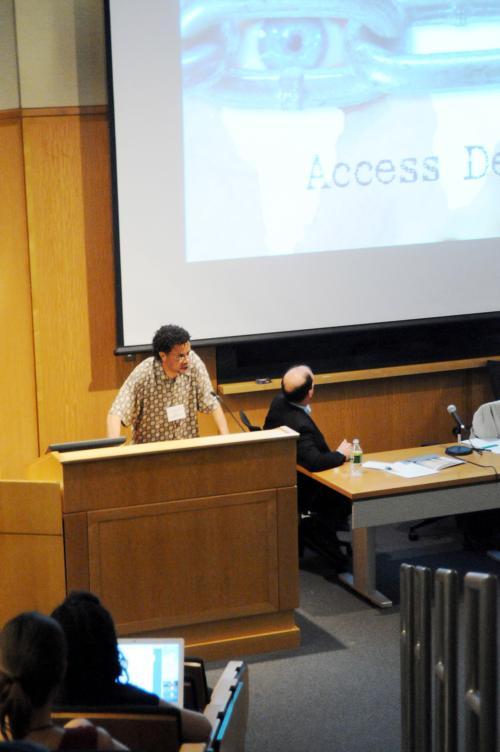 After 28 years in power, Zimbabwean President Robert Mugabe seemed like he would finally be ousted as the opposition party claimed victory following the March 29 election, yet Mugabe has not accepted defeat.

In the face of the country’s current uncertainty, the Harvard College Africa Business and Investment Club and the Committee on African Studies sponsored a panel entitled “A Post Election Zimbabwe: What Next?” yesterday evening.

“The reason we wanted to do this was because we felt as Zimbabweans, since we can’t vote in the country there was something we still wanted to do,” said moderator Brian K. Chingono ’09, who organized the event alonged with Brighton Mudzingwa ’09.

Chingono opened the panel by emphasizing the importance of Zimbabwe’s current political struggle in determining the country’s future. “This election is very important in the country’s history because for the first time Mugabe’s political future hangs in the balance,” he said.

One of the four panelists, Zimbabwean graphic artist Chaz Maviyane-Davies, has tried to use art to direct the attention of the international community toward Zimbabwe’s political situation.

“My aim was to raise the consciousness of our situation by spending about two to three hours a day on a simple graphic,” he said. He said his graphics, which featured messages such as “Take your anger to the polls,” were meant to encourage voter turnout and condemn leaders like Mugabe and President Thabo Mbeki of South Africa.

Yet panelist Tawanda Mutasah, the executive director of the Open Society Initiative for Southern Africa, said that he believed that Muagabe has continued to hold on to power in two ways: “one leg has been domestic oppression, and the other leg on which he stands is his pretense at African legitimation.”

Chingono posed the question of the feasibility of pressuring Mugabe out of power. Andrew Meldrum, an American reporter who lived in Zimbabwe for 23 years, answered by saying that “there is a light at the end of the tunnel, but Robbert Mugabe keeps building more tunnel.”

Acknowledging the country’s continuing internal struggle, the panelists agreed that outside pressure was necessary, citing other African countries’ refusal to allow a Chinese shipment of arms destined for Mugabe to enter their waters.

Answering a question about whether Zimbabwe should pressure Mugabe to leave under the conditions of amnesty, the panelists took differing views. Chingono and Dambudzo J. Muzenda, a Zimbabwean student currently at the Kennedy School, emphasized the importance of Mugabe’s exit at any cost, while Meldrum and Mutasah indicated that it was necessary to hold political leaders accountable for human rights violations.