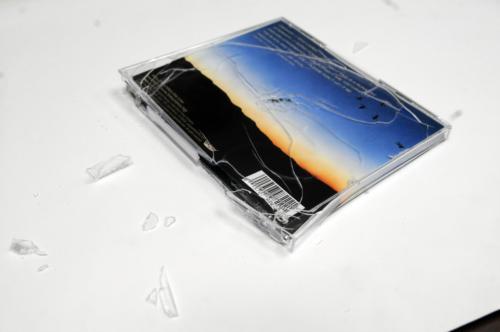 By Harry R. Lewis, None

“An act for the encouragement of learning,” read the original copyright statute, signed into law by George Washington in 1790. The Constitution stated the act’s single purpose: “to promote the progress of science and useful arts.” Copyright was a deal between individuals and society—authors got just enough monopoly rights to incentivize them to benefit society through their creativity.

With digital copies cheap and perfect today, copyright law has been rewritten to amplify the power of parties already powerful enough to use it against the weak. This year at Harvard provided varied examples of the anti-educational misuse of copyright law.

Amidst student efforts to facilitate cheap online purchase of costly textbooks, the Coop asked a student to leave the store in September because he was writing down information about textbook names and prices. The Coop claimed that the information was its “intellectual property.” That’s a real stretch, but judicial practice in copyright cases is unpredictable these days. Few students would have the nerve and the resources to stand on principle in federal court.

In October, The Crimson editorialized against the latest round of “pre-litigation letters” the Recording Industry Association of America (RIAA) sent to college students. Warning the recipients that they may be liable for $9,250 per illegally downloaded song, the RIAA pointed recipients to a site where they can buy peace with a credit card number and a promise not to do it again. The price point is chosen with skill: large enough to hurt, but small enough that litigating would cost more. An industry spokesman responded in The Crimson that thievery is thievery. Bills were introduced in some state legislatures that would punish universities for students’ downloading. Such laws would force universities to act as agents of the recording industry, censors of digital information flowing into students’ rooms. Universities are the last places where communications should be monitored; under such laws, they would be the only residential settings in America subject to routine monitoring.

In January, J. K. Rowling was named Harvard’s Commencement speaker. The choice delighted some students and irritated others, who found her not up to the standard of 2007’s Bill Gates or 1943’s George Marshall. Rowling may well prove to be an inspirational speaker. But she is certainly both an enthusiastic borrower, in the fine tradition of Shakespeare and Milton and other great authors who creatively recycled mythic themes and characters, and also a shameless copyright bully, who has brought charges against one of her biggest fans, Steven Vander Ark, for his plans to publish a Harry Potter lexicon. By the standard of Rowling’s complaint, Joseph Campbell could not have published the invaluable “Skeleton Key to Finnegan’s Wake” five years after Joyce published his masterwork. The “act for the encouragement of learning” is being used to empower an author to censor an unapproved explication of her works.

My own book, “Blown to Bits,” was in page proofs in March, when the publisher informed me that I had to make a last-minute change because of a permission problem. The book has 89 illustrations, and 88 copyright holders said O.K. But Harvard refused to allow republication of a Harvard president’s public statement. What?

One of the book’s themes is that digital information spreads so explosively that words, once spoken, cannot be retracted. To illustrate the principle, I used Google’s cached version of a Harvard web page. Shortly after his women-in-science speech, former University President Lawrence H. Summers posted a terse public statement on his official Web site. The statement stayed on the site for two days before being replaced, after public protest, with a more apologetic rewrite. A copy of the old statement remained available at Google (click the pale word “cached” below a Google search result to see how this works).

Once again, copyright is being used not to encourage creativity, but to restrict the free flow of information. After my last-minute edits, the illustration of the cached web page remains, torn off below the statement’s first line. The book uses the example to illustrate abuse of copyright law as well as Google caching.

Happily, the year also showed Harvard at its best. In February, the Faculty of Arts and Sciences voted an open-access policy on its research publications. In addition to publishing through access-limited journals, faculty will make their articles freely available in a Harvard repository, to be read, built-upon, linked-to, and cited, even as journals publish them. The Law School followed suit in May. Here the university acted to free information rather than to control it. Harvard defied the predatory monopoly of journal publishers.
Bravo, fair Harvard. “To thy children the lesson still give,/ With freedom to think …/ Be the herald of light …/ Till the stock of the Puritans die.”
Harry R. Lewis is Gordon McKay Professor of Computer Science and the author of “Excellence Without a Soul: Does Liberal Education Have a Future?” His book with Hal Abelson and Ken Ledeen, “Blown to Bits: Your Life, Liberty, and Happiness After the Digital Explosion,” will be published on June 18.