Cutler To Serve Obama In D.C. 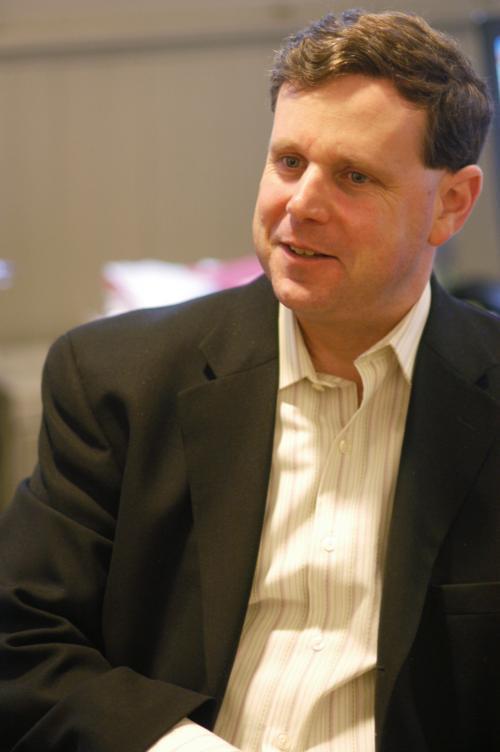 Noted health care economist and former Dean of the Social Sciences David M. Cutler ’87 will become the latest Harvard professor to serve in the Obama administration, he said in an interview late last night.

Cutler joins three other members of the economics department already headed to Washington—rounding out a group that includes professors Jeremy C. Stein and Jeffrey B. Liebman, as well as former University President Lawrence H. Summers, who heads the National Economic Council.

“I think that people who have the opportunity to help their country and the world need to, at times, do that,” Cutler said of his leave.

Cutler was one of the chief architects of President Barack Obama’s health care plan—a hot-button issue during the presidential campaign—and said he will continue to work on health care policy in D.C.

Cutler first came to Harvard in 1991 as an assistant professor, received tenure in 1997, and recently finished a 5-year stint overseeing the Faculty’s social science departments as divisional dean.

Outside academia, Cutler has served on President Clinton’s Council of Economic advisers and on the National Economic Council, in addition to advising both Bill Bradley’s and John Kerry’s presidential bids. He has been consulting with Obama since at least April 2007.

Cutler, who specializes in health care and public economics, is a vocal proponent of increasing America’s health care spending, arguing in his most recent book, “Your Money or Your Life: Strong Medicine for America’s Health Care System,” that such spending has been worthwhile despite its high costs.

“He had a strong voice in developing President Obama’s health policy ideas, so I am expecting [the policy he implements] will continue down the general lines President Obama outlined,” said Richard G. Frank, a professor of health care policy at Harvard.

Asked about transitioning from academia to a government position, Cutler noted that his academic work is applicable to the real world.

“Health care policy as a field is one where academics are integrated into policy debates much more than in other areas,” Cutler said.

Cutler had planned to be on sabbatical for the spring semester prior to his appointment and said he plans to return to Harvard after his time in Washington.

Raj Chetty ’00, who accepted a tenure offer from Harvard just months ago, will fill Cutler’s place in the department while he is on leave.

“A central function of Harvard is to develop new ideas that are important, and...developing those ideas can involve translating them to real world policy,” said Economics Department Chair James H. Stock, who received Cutler’s official leave form yesterday. “In that sense an important part of what we do here at Harvard is to provide leadership...in the public sector and the public domain.”

“Sometimes you believe in something and the time is right,” Cutler said of his decision to move south.

—Staff writer Noah S. Rayman can be reached at nrayman@fas.harvard.edu.

—Staff writer Elyssa A.L. Spitzer can be reached at spitzer@fas.harvard.edu.