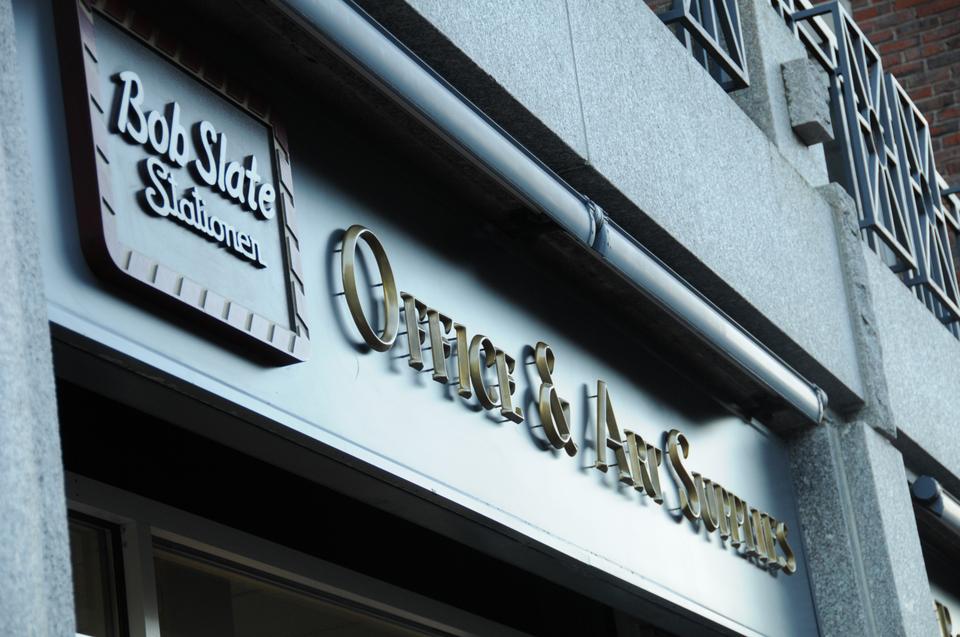 Local office and stationary supply store, Bob Slate, is selling their stores after over 70 years in business.
By JOANNE S. WONG, Contributing Writer

After 75 years of family-run operation, Bob Slate, Stationer is seeking a buyer for its three stores in Cambridge—two in Harvard Square and one in Porter Square.

Founded by Robert Slate in the 1930s and handed over to his sons Justin and Mallory over 30 years later, Bob Slate has been a notable presence in Harvard Square, selling an eclectic mix of paper, cards, pens, and other stationery items.

As the Slate brothers prepare for retirement, they said they hope to find a new owner for the store who will continue in their footsteps.

“We are looking for a buyer who will honor the legacy, [and] respect the tradition of the stores,” said Mallory Slate.

As long-time members of the Rotary Club of Cambridge, the Slate brothers said they are also seeking a buyer who would continue to serve the needs of the Cambridge community.

“There are all kinds of stakeholders in Harvard Square,” said Justin Slate. “We want to make sure [the buyer] will maintain the independent character that Harvard Square should be.”

Denise A. Jillson, the executive director of the Harvard Square Business Association, described the brothers as “incredibly generous.”

“This has been a thoughtful consideration on their part as they transition into retirement,” she added.

In 2007, a Harvard University survey of Harvard affiliates voted Bob Slate the fourth most favorite retail establishment in the Square.

The brothers attribute the chain’s success to their hard work and focus on customer satisfaction.

“[We had] hard work and the capacity and ability to change when we needed to change,” he said.

Employees of the chain agreed, citing the customer loyalty of students and visitors who continued to order online after leaving the Square.

“We have customers come week in and week out,” said employee Caroline Roosevelt. “It’s about the human touch. It’s about the personality.”

The Slates are not the first business owners on Mass. Ave. to be selling their long-held family business of late.