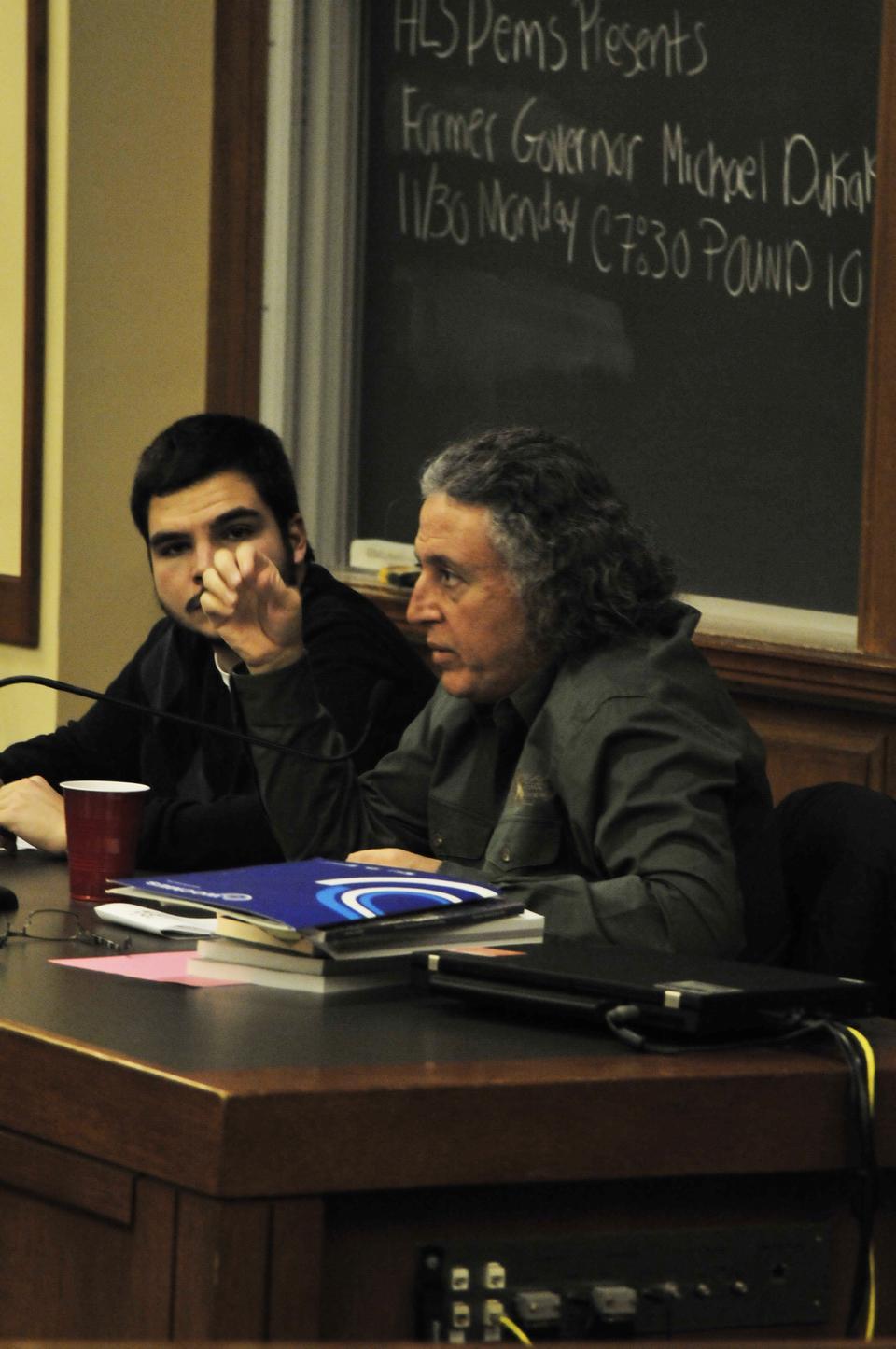 A California State professor fiercely criticized the Obama administration’s foreign policy at a Harvard Law School speech yesterday for continuing what he termed the Bush administration’s policy of seeking to solidify American power.

As’ad AbuKhalil—a politics and public administration professor at California State University Stanislaus—offered a blistering critique of the Obama administration’s record thus far, focusing on combating beliefs that Obama’s foreign policy has marked a departure from the expansionist philosophy he said was espoused by the Bush administration.

As evidence, AbuKhalil pointed to similarities between Obama’s landmark speech to the Muslim world in Cairo and Bush’s speeches. He said both had a kind exterior but carried an underlying message that “Muslims would be tolerated, provided they do what they are told.”

AbuKhalil also criticized what he said was a limited range of viewpoints with influence over U.S. foreign policy.

“There is no marketplace of ideas,” said AbuKhalil, who said that Obama’s foreign policy chiefs meet too exclusively with representatives of pro-Israeli lobbies.

When asked what college students and faculty could do to influence foreign policy in the face of limited access to lobbies in Washington, AbuKhalil said that “the least they could do is insist on having free debate on college campuses.”

The audience fired back from both sides during a Q & A session after the speech, with questions and statements running the gamut from a blanket condemnation of pro-Israeli lobbying groups to suggestions that AbuKhalil’s call for and end to American influence in the Middle East was too radical.

Co-organizer Nimer Sultany, a doctorate in law candidate at the Law School, said that the event lived up to its purpose of giving American college students access to “facts and perspectives” about Middle East issues excluded by the mainstream media.

Stefan A.K. Gruber, an exchange Ph.D. candidate from Sydney Law School, said he appreciated AbuKhalil’s perspective because of its relative rarity on campus.

“I thought it was quite interesting, it was definitely a point of view taken which you will usually not hear at Harvard,” Gruber said.

But a few audience members said they wished the event, put together by the Middle East Law Student Association and Justice for Palestine, had offered an opposing viewpoint.

“It would be nice to have someone who is familiar with the other side to contest [AbuKhalil’s arguments],” said Ali Hamade, a consultant who attended the talk.