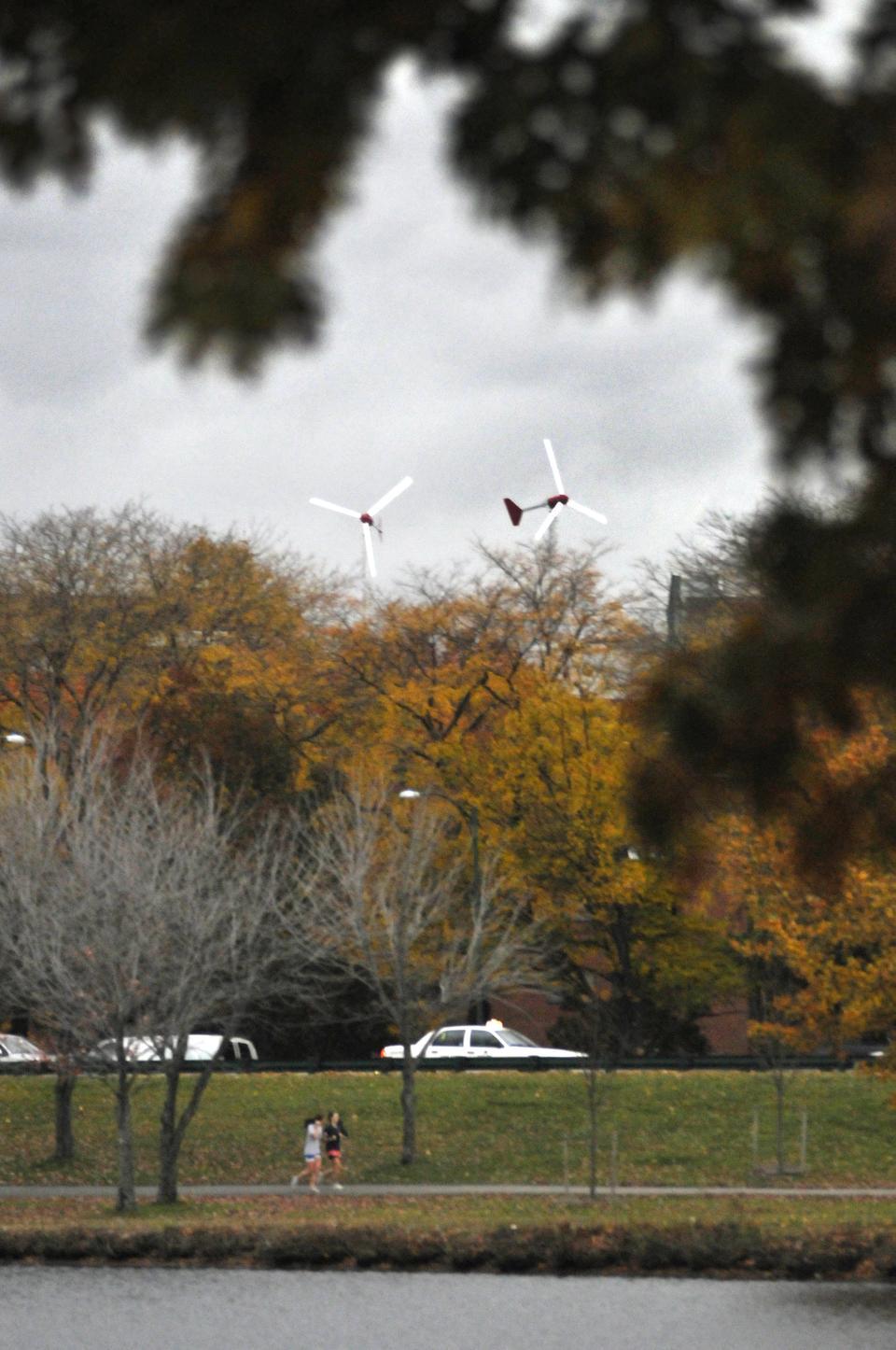 A new Harvard contract means that wind turbines, such as these pictured across the Charles River, will soon provide 10 percent of Harvard’s electricity.
By Natasha S. Whitney, Crimson Staff Writer

Harvard inked a deal yesterday to purchase 10 percent of annual electricity consumed on its Cambridge and Allston campuses from a leading wind provider in New England.

This agreement, in which Harvard will acquire over 30 million kilowatt-hours of renewable energy, slates the University to become the largest institutional buyer of wind power in the region, according to the Environmental Protection Agency.

“I applaud the energy team for funding a verifiable renewable energy project,” said Heather A. Henriksen, the director of the Harvard Office of Sustainability. “The scale [of the purchase] can teach us about wind technology, because we’re also about being a living laboratory, learning so we can encourage others.”

The renewable energy purchase, orchestrated by the University Operations Services (UOS), makes Harvard a leader in green power consumption, catapulting it from the twelfth to the fourth largest green power consumer of US Colleges and Universities, according to an October 2009 EPA report.

“[This deal] is part of our broader efforts to be sustainable where we can and wherever possible to use renewable products to reduce our environmental impact,” said Mary H. Smith, an energy strategist at UOS. “We look at this as a long-term pricing strategy that is very competitive with other prices.”

Under the long-term contract with First Wind, a Massachusetts-based developer of wind power headquartered in Boston, Harvard will purchase 50 percent of the energy produced from First Wind’s soon-to-be constructed wind farm in northern Maine for the next 15 years.

“Harvard is a New England leader when it comes to many things, and they’re taking a good step forward in terms of backing renewable powers, and putting their money where their mouth is,” said John R. Lamontagne, a spokesman for First Wind. “It’s good deal for them, [a] good deal for us, and we’re very excited to be working with them.”

The deal is part of Harvard’s larger efforts to reduce greenhouse gas emissions to 30 percent below 2006 levels by 2016. Harvard has scaled up its waste reduction, recycling efforts, and on-site clean energy projects in order to keep to this commitment.

This September, Harvard Real Estate Services installed a pair of 40-foot wind turbines on the Soldier’s Field Parking Garage that will provide 10 percent of the garage’s annual energy needs.

The University has also undertaken the installation of the largest institutional solar array, a 500 kWh panel atop a University-owned building in Watertown that will generate over 7 percent of the complex’s annual energy.