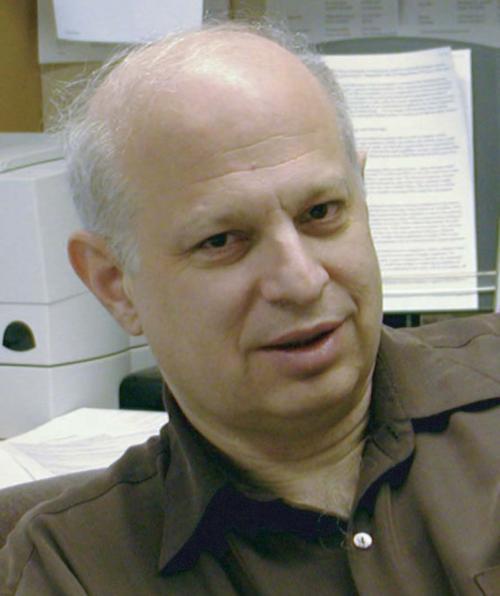 Two of Harvard’s most prominent interdisciplinary scholars have been named University Professors—an honor that gives them the opportunity to teach in any Harvard school.

King and Kirschner, who will be joining Harvard’s 20 other University professors in the prestigious post, have emphasized interdisciplinary developments in the social sciences and biology, respectively.

“In the past, there were always physicists and mathematicians who came into biology…. But they essentially had to abandon their previous fields completely,” Kirschner said. “Now, there are many important questions in biology that require very specific quantitative and mathematical training.”

Kirschner has cultivated an interdisciplinary community at Harvard in systems biology—a field that brings together biology with engineering, mathematics, computer science, and physics. Kirschner compares systems biology to engineering: “When we ask how an airplane can fly stably in all different kinds of conditions, we are close to the kind of question of how the human body in various environments can also avoid crashing.”

Kirschner founded the Medical School’s Systems Biology department six years ago, and still serves as its chair. Kirschner also helped develop a systems biology committee in the Faculty of Arts and Sciences and a University-wide master’s program in systems biology.

But when Faust called Kirschner’s office several times on July 15 and left a voicemail asking him to call her back, Kirschner said he looked at the caller ID with the apprehension of someone being called to the principal’s office.

“I couldn’t figure out why she was calling me, and I couldn’t think of any bad reasons,” he said. “I figured I have tenure; they can’t really fire me.”

King—both a statistician and social scientist—has developed an interdisciplinary research community of his own: he helped found the Institute for Quantitative Social Science, and is currently serving as its director.

King said that the social sciences are undergoing a historic transformation in response to the computer revolution. Out of necessity, he said, the field is becoming a “team sport” led by “collaborative interdisciplinary teams” akin to labs in the natural sciences. “There isn’t any other way to cope with the onslaught of data of different types and ever increasing quantities,” he said.

“Where at one time social scientists worked by themselves in their offices thinking great thoughts, we are now getting to the point where many more of these thoughts are associated with hard empirical evidence,” King added.

“He is probably a triple-threat professor,” political scientist and former University Professor Sidney Verba said of King. “He believes in the social sciences deeply, and his goal, I think, is to try to make it as scientific as possible.”

But King is not solely focused on the social sciences’ quantitative side, said Government Professor Kenneth A. Shepsle. “He’s actually interested in getting young scholars to take whatever evidence they have in whatever form it comes in—whether qualitative or quantitative—and simply be systematic about it,” Shepsle said.

Now that King and Kirshner are allowed to freely teach across Harvard’s schools, King said he’d like to teach in the School of Public Health, and Kirschner said that he’d be interested in teaching an FAS seminar on evolutionary biology, based on an FAS seminar he co-taught a decade ago.

While King said he’s received a number of congratulatory e-mails asking whether his professorship allows him to graze a cow in Harvard Yard, the description of the Albert J. Weatherhead III University Professorship makes no mention of cows.

“There’s no real special perk except it looks good after your name,” Verba said of University Professorships. “The problem with professors is what we live on is prestige.”