Supreme Court Justice Breyer speaks about his view behind the gavel 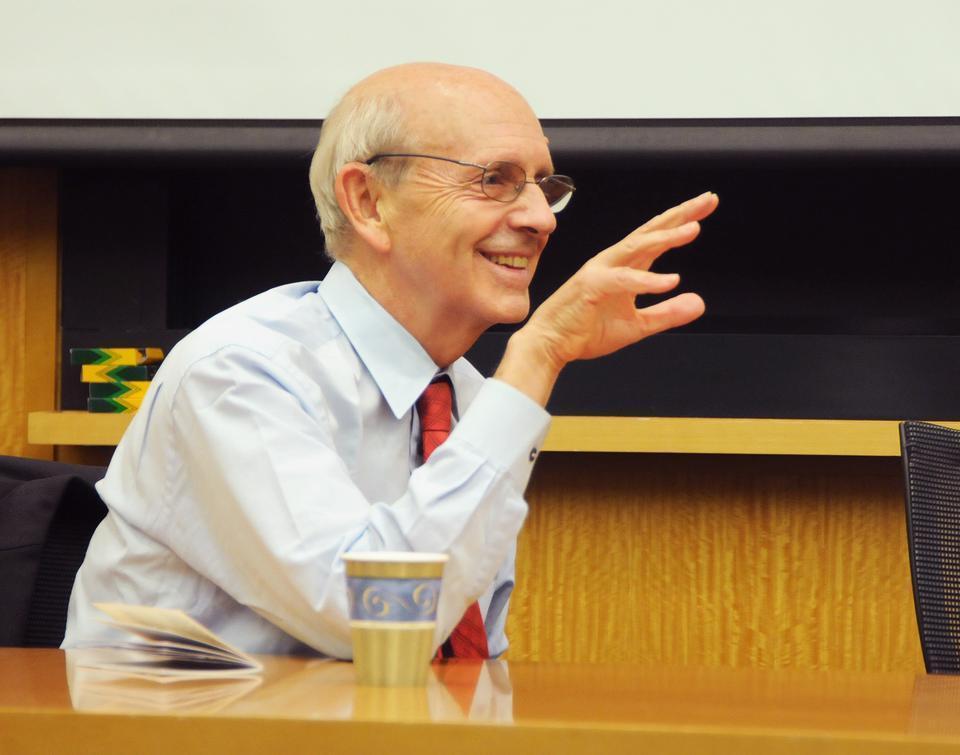 Promoting his recently-published book, Supreme Court Justice Stephen G. Breyer spoke to over 150 undergraduates, law students, and other graduate students about his judicial philosophy and the history of the Supreme Court last night at the Center for Government and International Studies.

Breyer said he wrote his book “Making Our Democracy Work: A Judge’s View,” published last month, to educate the public about life as a justice, the mechanics of the Supreme Court, and his interpretation of the Constitution.

The book revolves around the question of why the American people accept the judgement of the Supreme Court—an institution he called a panel of “obscure bureaucrats that don’t have the power of the purse or the power of the sword.”

In his remarks, Breyer, who graduated from the Law School in 1964, reflected on why some Court rulings are not respected by the legislative and the executive branches of government, while other controversial cases, such as Brown v. Board of Education, are unquestionably accepted by the government and the country as a whole.

A former professor at the Harvard Kennedy School and Harvard Law School, Breyer also articulated his philosophy as a jurist.

He said he strives to approach each case with “prudence and pragmatism.”

Breyer told the crowd that because the country faces unforeseeable, unique issues in the future, the Constitution should be interpreted as a living document with the ability to change over time.

Neil K. Chatani, a third year student at HLS, said he thought Breyer’s case for his political philosophy was convincing.

Chatani said he saw Supreme Court Justice Antonin G. Scalia speak at the Law School last year. Scalia is known for asserting that the Constitution should be interpreted exactly as it was intended when it was ratified in 1789, but this philosophy is rejected by Breyer.

“People think Scalia’s [judicial philosophy] is the most coherent, but Justice Breyer did a lot to convince me of his position,” Chatani said.

Erin K. Earl, a second year student at HLS, said that as a student just discovering and learning about these age-old cases, she found it helpful to hear the opinion of a veteran jurist.

Breyer emphasized that although every Supreme Court justice strives to vote on a case based on its merits, the Court is “made up by people,” he said.

“People are not angels, and so you’re going to have wrong decisions.”