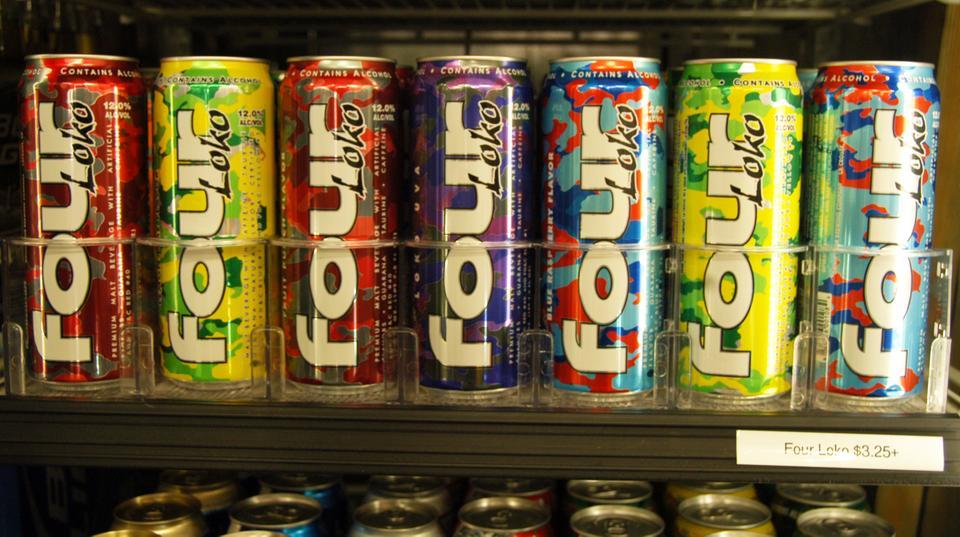 Four Loko, a drink that mixes alcohol and caffeine, sit on display at C’est Bon in Harvard Square. Harvard University Health Services advised against drinking the beverage in an email to students this weekend.
By Naveen N. Srivatsa, Crimson Staff Writer

Three days after a University Health Services administrator called Four Loko “badness in a can” at an event about discipline at the College, Harvard health officials issued a warning against the consumption of the caffeinated alcoholic beverage that, amid rising popularity, has been receiving nationwide scrutiny.

In an e-mail to students sent through House officials on Friday, UHS Director David S. Rosenthal ’59 and Office of Alcohol and Other Drug Services Director Ryan M. Travia urged students not to drink Four Loko, saying that one 23.5-ounce can contains the equivalent of six standard servings of alcohol and five cups of coffee.

“Dozens of college students around the country—including Harvard—have required medical treatment as a result of consuming this alcoholic beverage,” they wrote. “We strongly recommend that members of the Harvard community do NOT drink Four Loko and urge your friends to do the same.”

A malt beverage available in a variety of flavors, Four Loko combines alcohol with stimulants like caffeine, guarana, and taurine—a mix that Harvard health officials and other doctors deem hazardous.

“Drinking alcohol with energy drinks is dangerous, given the inherent risk in mixing alcohol, a depressant, with stimulants such as caffeine, ginseng, guaran, and other additives,” Rosenthal and Travia wrote in the e-mail. “Often, stimulants mask the depressant effects of the alcohol, allowing the person to consume even more alcohol and thus, delaying feelings of drunkenness.”

“Making college campuses safe and healthy environments for learning is a goal we share with administrators—even those who have chosen to ban our products or to single them out in this way,” the company said.

The advisory issued by Harvard followed a similar announcement made to students at Boston College last week, prompting one Harvard College administrator to “wonder if we’re behind the curve in not being more vocal against its negative effects,” according to an e-mail thread forwarded to a House list.

At other schools, hospitalizations have led to condemnations of the beverage by university officials. Ramapo College of New Jersey, a school in Mahwah, N.J., banned Four Loko after 23 students were hospitalized for alcohol-related reasons, and Central Washington University prohibited alcoholic energy drinks after nine freshmen were hospitalized after drinking Four Loko at a party in Roslyn, Wash.

In a statement sent by a UHS spokeswoman, Travia wrote that incidents related to Four Loko around the country spurred UHS to “get information out to the Harvard community about Four Loko and the risks associated with its use.”

Students at the College said that they welcomed the e-mail, and some said that the warning could even affect future drinking habits.

“It’s a legitimate concern. I did not know just how much alcohol and just how much caffeine were in Four Loko,” said Allan S. Bradley ’11. “I have not tried Four Loko, and I am less likely to try Four Loko because of the information in the e-mail.”

Others, though, said that the e-mail would have a limited effect.

“I feel completely unaffected by the e-mail,” said Joesph H. Corning ’11. “It’s nice to have a reminder that we should drink in moderation, but that’s nothing new.”