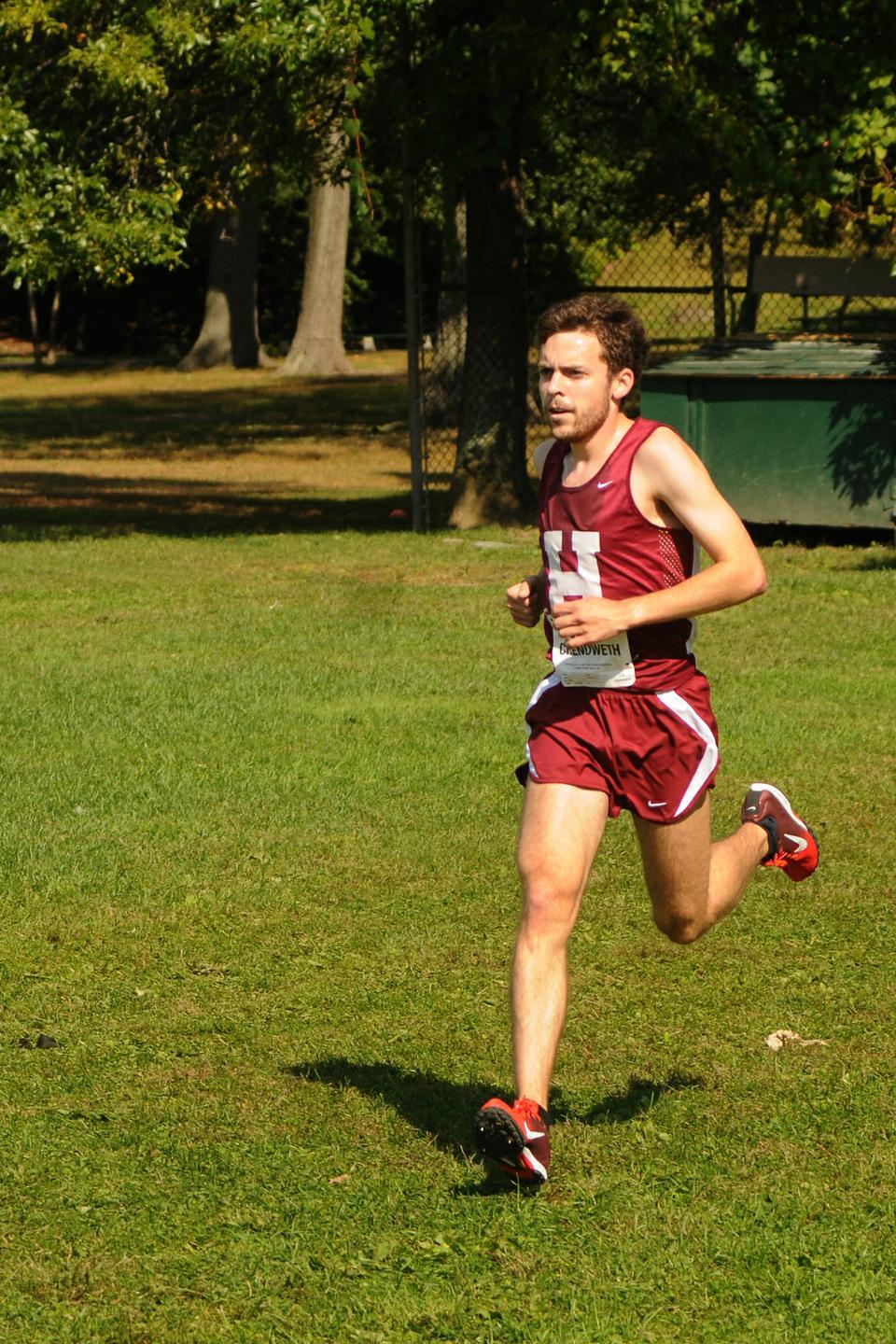 Fresh off a third-place finish at NCAA Regionals, Dan Chenoweth did not perform to expectations at the NCAA National Championships yesterday. The decorated senior finished 238th out of 246 runners.
By Max N. Brondfield, Crimson Staff Writer

Men’s cross country captain Dan Chenoweth seemed primed to finally reach his pinnacle, but a slip-up in his last race left the senior short of his goal.

After posting a 42nd-place finish at the NCAA National Championships for the past two years, Chenoweth arrived yesterday at the race in Terre Haute, Ind., looking to build on his stellar third-place showing from NCAA Northeast Regionals on Nov. 13.

Unfortunately for the Crimson captain, it just wasn’t his day.

“It was a tough race for Dan,” Harvard coach Jason Saretsky said. “He ran a great race through 7,000 meters, but then he hit a wall he’s never hit before, and I’m in the process of trying to find out what exactly went wrong.”

But although the captain did not match his success from previous years, he nonetheless capped his Harvard cross-country career as one of the most accomplished runners in school history.

The Lowell resident earned his third straight NCAA All-Region nod for the Northeast this season and enjoyed a second consecutive year in which he was the Crimson’s top runner in every event he competed in.

Chenoweth was also the overall winner in the past two Harvard-Yale meets and established himself as one of the Ivy League’s most dominant athletes with a second-place finish at the Heptagonal Championships three weeks ago.

“[Chenoweth] had a fantastic cross-country season,” Saretsky said. “It didn’t end as he was hoping it would, but that’s our sport.”

The senior still has a chance to make his mark on the track, though, as the winter and spring seasons lie ahead.

“Dan’s incredibly resilient, and he has unbelievable perseverance,” Saretsky said. “He just wants to get back out there for track.”