Professor joins with son on book that argues against torture 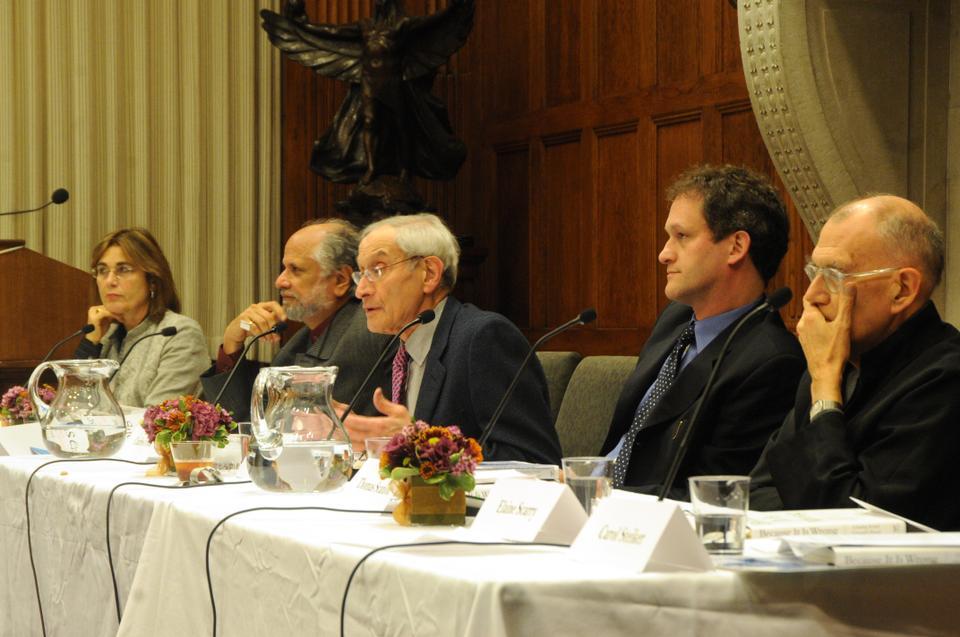 Harvard Law School Professor Charles Fried and his son Gregory Fried discuss their recently published book "Because It Is Wrong: Torture, Privacy and Presidential Power In The Age of Terror." They discussed the book yesterday evening in the Barker Center through a game of Twenty Questions with a panel of professors as the questioners.
By Benjamin M. Scuderi, Contributing Writer

Professor Charles Fried and his son and Gregory answered a volley of questions on topics addressed in their new book, “Because It Is Wrong: Torture, Privacy and Presidential Power in the Age of Terror,” from a panel of Harvard professors yesterday.

The book argues that torture is never acceptable under any circumstances. The authors address issues of torture and wiretapping specifically through the lens of policies enacted by the administration of President George W. Bush. Charles Fried is a Harvard Law Professor and former United States Solicitor General, and Gregory Fried ’83, is chair of the philosophy department at Suffolk University.

The event was part of a series of “20 Questions” forums hosted by the Humanities Center at Harvard, during which professors ask questions of the speakers, followed by audience questions. A bottle of liquor called the “Humanitini” is given to the person who asks the twentieth question.

The father and son duo said that torture is wrong because it fails to uphold human dignity.

“Torture is a denial of the respect and reverence that people owe to each other,” Charles Fried said.

They also argued that torture is an action not befitting a free, democratic republic. “Torture is a habit completely inimical to the habits of free democracies,” Gregory Fried said.

Some audience members said they agreed with the Frieds’ perspective.

“I would have liked to see more pursuit of the question of prosecution, not just of Bush, but also of some of the minor characters, like John Yoo,” said Bentley University Associate Professor of English and Media Studies Samir Dayal, who attended the event.

Past “20 Questions” events have featured University President Drew G. Faust and Professor of Government Michael J. Sandel, among others.