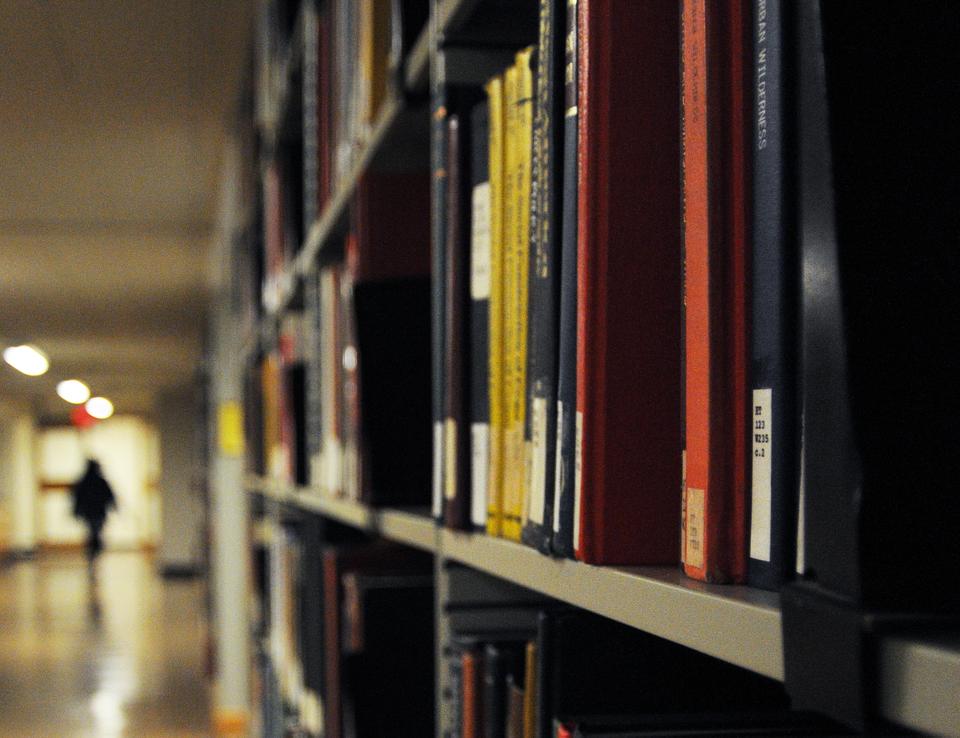 Level B of Lamont Library held the forty LGBT books that were defiled with urine last week.
By Sirui Li, Crimson Staff Writer

Approximately 40 books dealing with LGBT issues were vandalized with what appeared to be urine in Lamont Library on November 24, according to a report filed Friday by the library security staff to the Harvard University Police Department.

HUPD spokesman Steven G. Catalano wrote in an e-mail that the vandalized books' subject matters included lesbian and gay issues and same-sex marriage. Due to the nature of books, HUPD is currently investigating the incident as a bias crime.

"The HUPD has zero tolerance for any bias-related incidents or crimes," Catalano said.

"Harvard College will not tolerate acts of vandalism, especially those that appear to be motivated by hate or bias," Harvard College Dean Evelynn M. Hammonds wrote in an e-mail to The Crimson. "[As] a community, we will continue to affirm our shared values of dignity and respect for everyone in our community."

The library staff members found an empty bottle next to the vandalized books that may have contained the urine, according to Harvard College Library spokeswoman Beth S. Brainard. The staff initially responded to the incident as a health hazard, quickly removing the bottle and relocating the damaged books to the Collections Conservation Lab on Level D of Widener Library.

Brainard said that the library staff assessed the value of the vandalized books before reporting the incident, accounting for the space of two weeks between the incident and the  report to HUPD. The books—which Brainard estimated to be worth a few thousand dollars—will be discarded due to the severity of the damage.

"Once the urine is poured, they can’t really fix [the books]," she said.

It remains unclear whether Lamont will replace the books, since Widener usually has copies of the books in Lamont, according to Brainard.

Marco Chan '11, co-chair of the Harvard College Queer Students and Allies, called the incident "extremely frustrating" and "disconcerting," and said that it represents a concern not only for the LGBT community, but for the Harvard community at large.

"I am very outraged. It is hard to conceive this as a coincidence when there are 40 books on the same subject," Chan said. "The message that this incident sent to me is that we need more resources not only for the LGBT community but also targeted towards other people."

Chan suggested workshops on homosexual, bisexual, and transsexual issues—similar to the mandatory freshman orientation event Sex Signals—as one possible way to respond to the bias evidenced by the incident.

"Everyone in our community should know that they play an important role in adjusting homophobia," Chan said.

Books about LGBT issues are located on Level B of Lamont Library.

—Staff Writer Sirui Li can be reached at sli@college.harvard.edu.