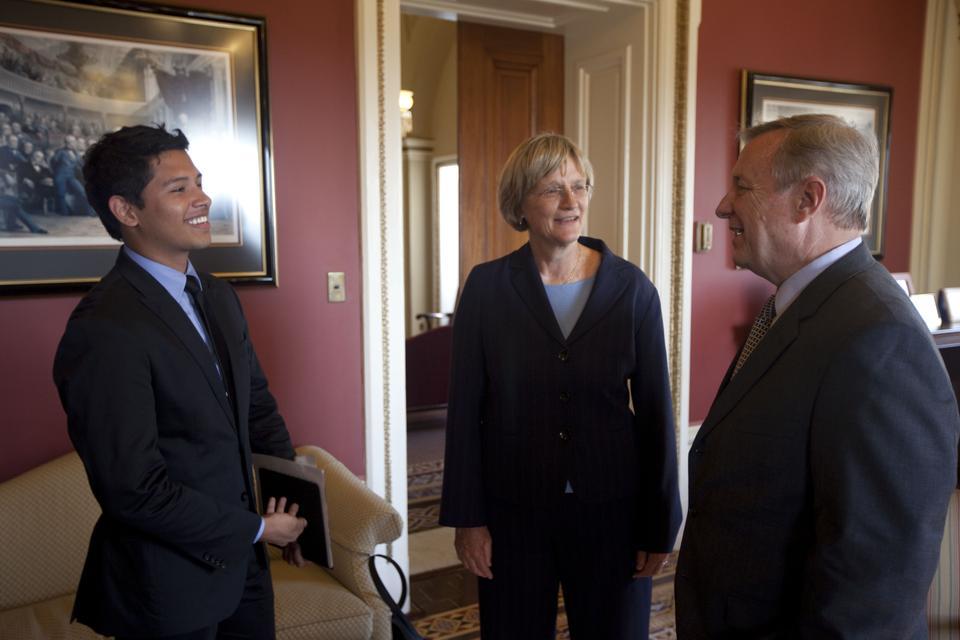 The U.S. Senate voted to overturn a policy that bans gays and lesbians from openly serving in the military Saturday, a major advance for the gay rights movement that opens the door for the potential return of the Reserve Officer Training Corps to Harvard’s campus.

In a 65 to 31 vote, the Senate repealed the “Don’t Ask, Don’t Tell” policy, which the University has said would be necessary in order for it to formally recognize ROTC.

But on the same day, Senate Democrats failed to advance legislation that would extend a path to citizenship for undocumented minors, which the University had lobbied Congress to pass.

Campus activists have also worked to organize support for the measure, known as the DREAM Act, and have mounted a campaign in recent weeks to pressure lawmakers to pass the law.

But on a 55 to 41 vote, the Senate failed to end debate on the Development, Relief, and Education for Alien Minors Act, which would have provided qualified undocumented youth with a six-year conditional path to citizenship upon the completion of two years of higher education or two years of military service.

Opponents of the act contend that the measure would encourage further illegal immigration, that the U.S.-Mexico border needs to be secured as a first step, and that Congress ought to focus on a comprehensive immigration reform package.

Sixty votes were required to end debate on both measures.

“The repeal of DADT is a historic step. It affirms American ideals of equal opportunity and underscores the importance of the right to military service as a fundamental dimension of citizenship,” Faust said in a written statement. “I look forward to pursuing discussions with military officials and others to achieve Harvard’s full and formal recognition of ROTC.”

Columbia University also signaled that it may be willing to reconsider its relationship with ROTC.

Columbia University President Lee C. Bollinger told Politico that the Senate’s decision Saturday provides “the opportunity for a new era in the relationship between universities and our military services.”

But, for Harvard, the Senate’s failure to advance the DREAM Act came as a disappointment.

“The DREAM Act would have allowed us to build upon the investment we, as a society, have already made, harnessing the homegrown talents of thousands of youth who already share the American dream,” according to a statement released by the University. “We will continue to advocate for the passage of legislation that makes it possible for those individuals who were brought to America at a very young age and meet designated eligibility requirements.”

Undocumented students who would have benefited from the DREAM Act, called “Dreamers,” filled the Senate chamber during the vote Saturday, wearing caps and gowns as symbols of their cause, said Mario Rodas, an undocumented student at the Harvard Extension School who was in Washington D.C.

“It was really moving to see all the Dreamers holding hands right as the vote was taking place,” Rodas said. “After we found out that we only had 55 votes, it was devastating... We consoled each other. We are determined to continue on the fight.”

For Nicolas E. Jofre ’13, co-director of Harvard College Act on a DREAM, the Senate’s failure to pass the on the same day that it repealed “Don’t Ask, Don’t Tell,” represented a moral double standard.

“It’s difficult not to perceive the DREAM Act as some sort of down payment for DADT to go through,” Jofre said. “I really think that today was a bittersweet day because it proved that while some wrongs can be redressed... we’re deciding on something that individuals can’t control—sexuality and undocumented status for minors—so for some reason, we decided today that one was okay but the other one wasn’t.”

However, according to retired Captain Paul E. Mawn ’63, chairman of the Advocates for Harvard ROTC, even with the repeal of “Don’t Ask, Don’t Tell,” many obstacles remain to bringing back a ROTC program to Harvard’s campus.

“There’s several issues that need to be addressed by the Pentagon and the politicians,” Mawn said, listing funding and recruitment as examples. “I think this is going to be an issue for many years.”