With the departure of the Director of the Program in Speaking and Learning, students and administrators contemplate the future of public speaking at Harvard 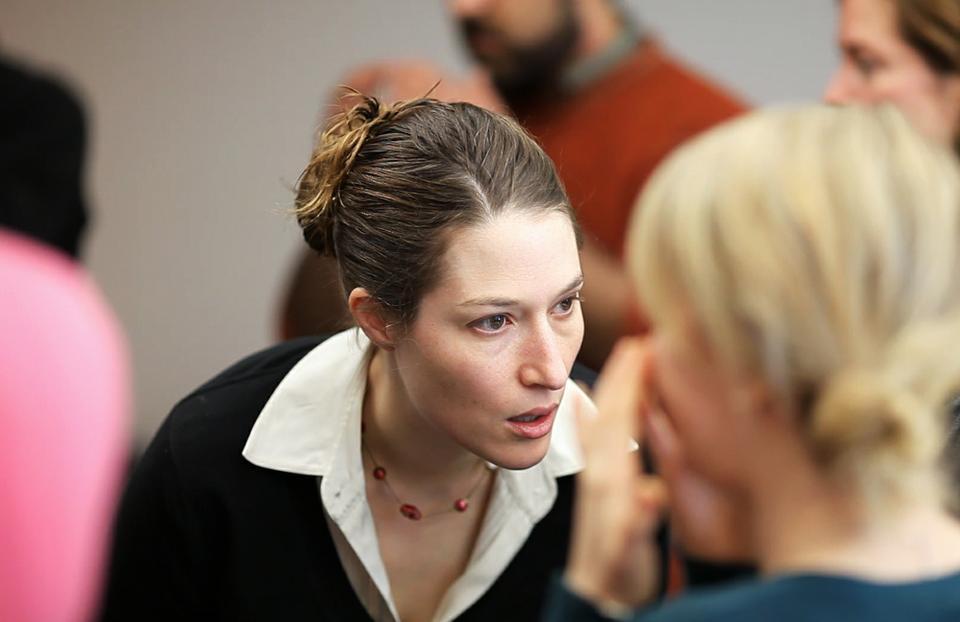 Ever since Rebekah Maggor came to Harvard in 2004 to help international students with classroom communication, she has been expanding the public speaking resources available to the Harvard community. As founding director of the Program in Speaking and Learning, she launched Expository Writing 40–the “Public Speaking Practicum”–created the Speaking Tutor program, and worked with course instructors to incorporate speaking into their curricula.

Although Maggor is leaving her post next year, students have taken up her cause, founding a group called Harvard Speaks! to promote public speaking opportunities on campus.

Meanwhile, the Office of Undergraduate Education is faced with the question of how to maintain the programs Maggor initiated and ran.

“This is a hard moment to find extra resources, but I’d love it if we had some kind of program for public speaking,” says Associate Dean of Undergraduate Education Noel Bisson. “We’ve had one really fantastic person and we’re in the process of figuring out how to cobble together those duties in the future.”

Enrollment in Expos 40 is limited to  12 students, though in its inaugural session last year it had 80 applicants, and this year it had 104.

The small class size is necessary so that students can give individual feedback to one another, Maggor says.

“You can’t learn how to speak intelligently without learning how to listen critically,” she says. “After a presentation, I’ll ask the other students ‘what was the main argument? Could you follow the logic? How were the main points substantiated?’ This is training them to listen critically.”

She is adamant that “public speaking” encompasses a much broader range of skills than is generally perceived.

“There’s a link between clear speaking and clear thinking-when you reach the point that you can teach something to someone, that’s when you understand it,” Maggor says, explaining that the way scientists, politicians, and friends communicate affects their work and relationships.

Expos 40 alum and Speaking Tutor Jarell L. Lee ’10 says the skills he gained in the class aided him in job interviews and will be important when he begins his job with Teach for America in the fall.

He adds that peer feedback and reviewing footage of his speeches in Expos 40 taught him to structure his thoughts in a more effective and organized way, “whether I’m arguing with my friends about who’s better, LeBron or Kobe, or whether it’s in the classroom.”

Four Expos 40 graduates have become Speaking Tutors, whose job is to counsel students on any type of oral presentation or interview they need assistance with. The first tutor was former Undergraduate Council President Andrea R. Flores ’10, who spoke as a tutor to many classes and groups about effective communication.

“Public speaking is not simply about making persuasive speeches or getting an A on a presentation, it is about being able to organize your thoughts, and argue them effectively in any situation,” she wrote in an e-mail, emphasizing the importance of preserving the tutor program.

As part of the Program in Speaking and Learning, run by the Derek Bok Center for Teaching and Learning,  Maggor also coached teaching fellows and professors, explaining ways to effectively communicate and to incorporate debates or oral presentations into classes.

While Bisson said the college will do its best to preserve Expos 40 and the Tutors, Maggor’s work with teaching fellows and professors faces a less certain fate. Maggor’s resources were already spread thin.

“There’s an enormous demand,” she says. “This past year, grad students had to wait two to three months to schedule a coaching session.”

“I think the main problems are scale and visibility,” says Visiting Professor in English David Zarefsky, of Harvard’s public speaking resources. “For twelve students a year to be able to take a public speaking course is just a drop in the bucket compared to what students would like to have.”

But Zarefsky, a professor of argumentation and debate at Northwestern who taught two rhetoric classes this spring, acknowledged that Harvard is doing the best it can on a budget, for example by working speaking into already-established classes and looking to expand the speaking tutors program.

“You really get to know what you find useful in a presentation,” says Elizabeth C. Balaconis ’10, a student who took the seminar this past spring.

This spring, six freshmen joined together to promote speaking resources at Harvard, gathering support on Facebook and through e-mails. Their group, Harvard Speaks!, does not yet have an official adviser or funding.

Harvard Speaks! hosted a Speak-a-Thon in May in which about 15 students practiced various forms of oration, including a presentation on the history of kissing, recitations of original poetry, and monologue performances.

One of the organizers, Sarah C. Stein Lubrano ’13, says she found the speakers’ enthusiasm encouraging.

“We want [public speaking] more integrated into the curriculum of classes,” she says. “Gen Ed may be the best avenue because it’s still forming.”

Bisson said that her goals and the goals of Harvard Speaks! are very similar—keep Expos 40 alive, encourage speaking exercises in many classes, and sustain the Speaking Tutors program.

But the realistic time frame for these goals may be longer than students wish.

“Sometimes when you hear from the administration ‘yes, we believe in this and we want to make it happen,’ the timeline may not match the needs of the students,” she says.

“It’s a great idea, and we absolutely should support and foster good speaking in our students,” Bisson adds. “But how to help students on skills not only for formal public speaking but also for oral communication in a section setting, for instance, is a challenge. We just don’t have the funds to hire 50 Rebekah Maggors.”