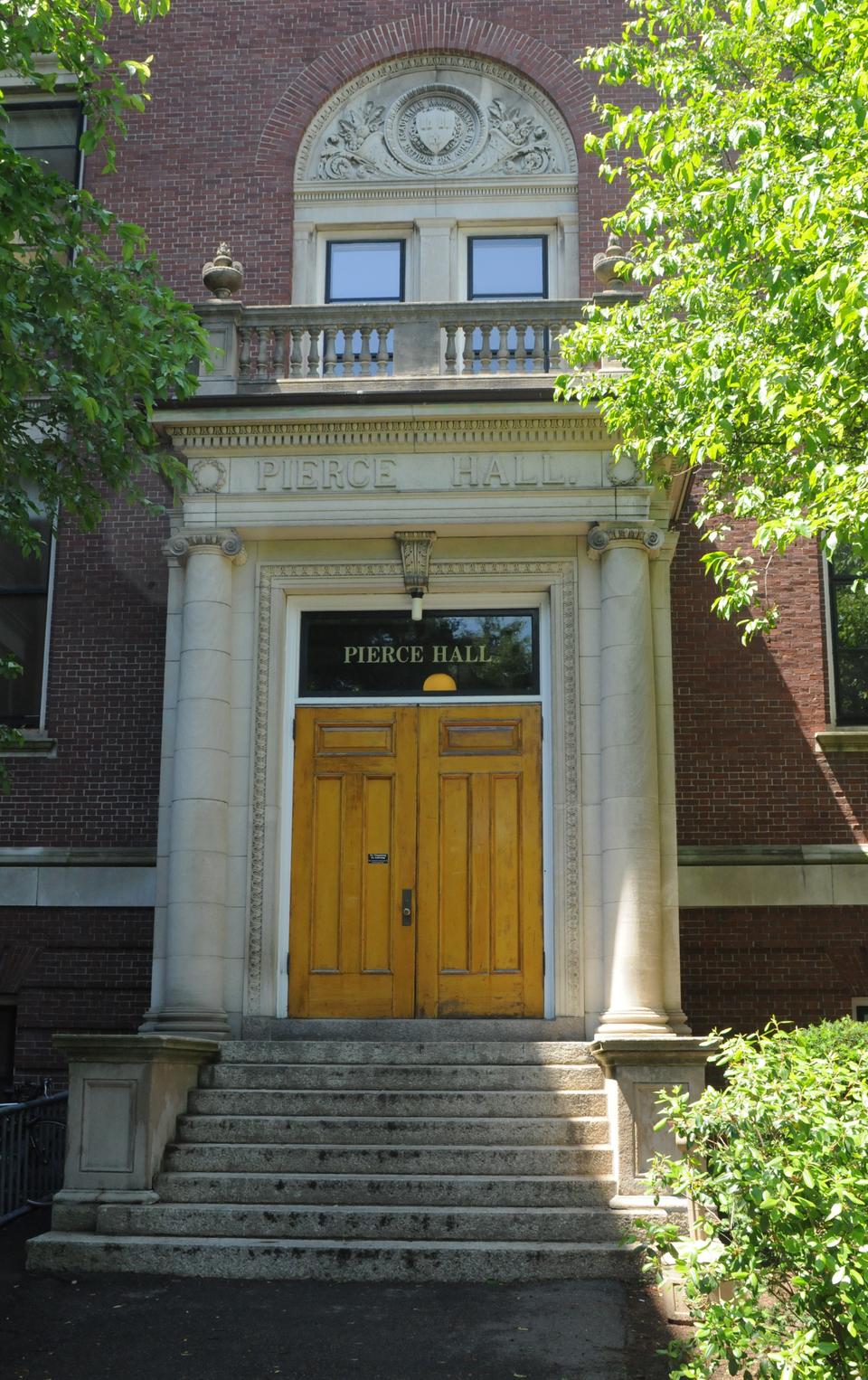 Since its establishment as an independent institution in 2007, the Harvard School of Engineering and Applied Sciences has undergone phenomenal growth, with a nearly 37 percent rise in undergraduate concentrators in the past three years.

As the school develops a unique identity within the University, SEAS Dean Cherry A. Murray has detailed a number of lofty aspirations for expansion. She hopes to grow the student body by an additional 45 percent, expand the faculty by 30 or more full-time-equivalent members, and increase staff assistance—an area that most departments within the Faculty of Arts and Sciences are trimming.

And thus far, SEAS’ remarkable capacity for growth shows no signs of abating—a potentially worrying trend that might force the school’s administration to discover new ways to manage the growth while it operates within budget constraints and marshals finite research and lab space.

“My own opinion is that you may want to not stop things, but put on slight brakes,” says former SEAS Dean Venkatesh “Venky” Narayanamurti. “You may need to cut back and invest very carefully until the sun really shines.”

SEAS is less dependent on its endowment than FAS is, and the engineering school had substantially healthier reserves when the financial crisis required much of the University to cease growth. But the school nevertheless faces an almost certain decrease in available financial resources in the future.

“Whether it is in physical resources or in human resources or in other financial resources, our approach has been to optimize the use of current resources...[to continue our] high aspirations despite the financial challenges,” SEAS Associate Dean for Finance and CFO Harry E. Dumay says. “So the question is, how do we use resources more wisely?”

With an eye to the future, SEAS must now support its expansion by making tough decisions as it seeks to improve its allocation of space and maintain funding for graduate research as resources become tighter.

Ironically, the difficult decisions facing SEAS have emerged as a consequence of the continuous growth of interest in the school since its inception.

Over the past three years, the Harvard admissions office has seen a 68 percent surge in applicants who list their primary interest as engineering science, while the total number of applicants to Harvard increased by only about 11 percent during that period.

These figures translate into an unprecedented number of potential engineers among the student body: of the roughly 1,600 students who will matriculate to Harvard this fall, one in nine say that they intend to concentrate in engineering.

The rapid rise in student interest seems to be due to a combination of the increased visibility of SEAS since its founding as an independent school and a growing national interest in engineering and applied science.

Prior to 2007, engineering concentrators studied within the Division of Engineering and Applied Sciences, which was not fully independent from FAS. Once SEAS became its own school, the admissions office began heavily advertising engineering opportunities to students.

“Basically any time we saw students, we talked about the new school,” Dean of Admissions and Financial Aid William R. Fitzsimmons ’67 said in March.

In addition, national engineering interest has been rising since 2008 and remains significantly heightened from its levels a generation ago, according to data collected by the Higher Education Research Institute.

All of this means more students than ever before may be declaring a concentration in engineering sciences, computer science, or applied mathematics in the coming years. But it remains an open question as to how the school will handle a potentially enormous influx of new students.

To maintain a six to one student to faculty ratio in SEAS, the school hopes to employ the necessary number of non-tenure track faculty members to serve as instructors, earmarking applied math as one discipline that might receive a number of these preceptors and lecturers.

“If we have 200 new concentrators show up that weren’t there before,” Murray says, “we will add non-ladder faculty, including preceptors and lecturers.”

These additional teaching staff members, administrators say, would be a permanent addition to the school even after searches continue to add the approximately 30 new faculty members that the school ultimately hopes to employ.

These preceptors will be serving not only as teachers but also advisers who will “know the curriculum really well,” Murray says.

“I don’t think any of this detracts from the faculty leading the teaching effort here,” he says. “It’s supportive of the faculty.”

Much of the engineering school’s future expansion will depend on the performance of the endowment—from which SEAS draws 45 percent of its yearly budget—as well as the school’s ability to find alternative sources of capital.

Next year, SEAS will be facing the same 12 percent reduction in its endowment payout as other Harvard schools, an income loss that the school will offset by drawing from the financial reserves it built up in the years before the financial crisis.

According to FAS Dean Michael D. Smith, FAS was in “tremendous growth mode over the past decade,” when SEAS was still in the process of saving.

“When you look at the times when the endowment was doing well, we were extremely prudent,” says Linda Fates, associate dean for the SEAS office of resource development. “Otherwise, today we would be in trouble.”

Nevertheless, the reserves will not provide an unlimited source of funds in the case that uncertainty about the global economy leads the markets to return to fall 2008 levels.

“If [the endowment] super-tanks again, we’re not getting 30 more faculty for a very long time,” Murray says.

Despite these uncertainties in funding, SEAS administrators say that they have planned extensively for contingencies.

“We don’t want to give the impression that we’re being complacent about this,” Fates says. “We’re aggressively optimistic.”

In the face of expected expansion, another potential constraint confronting SEAS is the limited amount of laboratory space—a problem Murray acknowledged at her March All-Hands Meeting, saying that space at the school was “severely constrained.”

Despite the noted space crunch, SEAS Executive Dean Fawwaz Habbal says that administrators hope to nearly double the proportion of SEAS classes that include a hands-on component—and thus require time in teaching labs.

So far, SEAS has dealt with limited lab room by reconfiguring existing space to make it more efficient and capable of hosting different experiments.

To this end, the school even brought in Director of Teaching Labs Anas Chalah in 2008 to reorganize many of the teachings labs: he installed moveable benches and multi-purpose instruments and oversaw the conversion of an outdoor lightwell in Pierce Hall into a 3-D printing facility.

But SEAS administrators say that they are aware of the continued pressure for space. Murray says that she believes the new teaching labs in Northwest and Pierce will roughly provide sufficient additional resources until the number of SEAS concentrators reaches 600. But she adds that the school could hit this benchmark in the next three years, if the number of concentrators continues to rise at its current rate.

One solution currently under discussion is the creation of an additional building between Pierce and Cruft Laboratory, a replacement for the sky bridge that currently links the buildings. The proposed building—which could have up to 12,000 square feet of floor space—could even be partially used as student social space, Habbal says.

But finding the resources to construct the building will require additional fundraising by SEAS: “We don’t have the money to build it yet,” Habbal says. “But we are planning it.”

In the face of increasing financial concerns and expansion in other areas of the school, the continued support for SEAS’ graduate program may be in jeopardy.

SEAS Director of Graduate Admissions and Financial Aid Julie S. Holbrook concedes that, while not yet finalized, graduate student support is a “huge investment” for the school, and that it is “certainly something that people are talking about reducing.”

SEAS provides fellowships to its graduate students for the first year and a half, after which the students typically receive either National Institute of Health, Department of Energy, or Department of Defense grants.

These fellowships “could be” reduced in length from a year and a half to only a year, according to Murray, and such downsizing presents a more viable option than decreasing the number of graduate students.

But in addition to the potential cutting of SEAS financial backing, some professors express concerns that federal support could dry up—a trend that affects some fields more than others.

Murray says the possibility that federal funding will stagnate presents a “real worry” for SEAS. Funding from NIH will continue to grow, but at a slowing rate, while funding from the National Science Foundation will also increase at a relatively slow pace, she says.

“It’s hard to find sources for resources for graduate research,” says Roger W. Brockett, professor of electrical engineering and computer science. “The federal government decided a few years back it was going to make universities pay more for its graduate students.”

Dumay says that SEAS plans to deal with any potential funding issues by continuing to enhance its allocation of resources while seeking to diversify its funding.

SEAS hopes to supplement any potential loss of federal or school funding with either endorsements from industries or support from foundations, as more institutions increasingly seek to split their research costs with universities, according to Dumay.

“In all areas, we will continue to think about how to use resources,” he says. “Do we shift resources? Do we use different funding sources?”

But a cut in the graduate program could stymie growth in the faculty, as many members join with the expectation of having a certain number of graduate students in their laboratories, according to Venky.

“You cannot run a healthy research enterprise and an undergraduate education without a healthy graduate program,” he says. “If SEAS has to grow its faculty, then the graduate body has to grow.”

“The size of the faculty, the graduate student body, and space are all linked,” he adds.

SEAS IN FAS, IN FUTURE

Facing large-scale expansions in its undergraduate and faculty footprints, SEAS must look to surmount the challenge of continuing its expansion while it recognizes its financial constraints.

The school plans to optimize its budget by accessing overlooked funds, thus regaining a few million dollars and bolstering its existing income stream with new funding from the private and industrial sectors, according to Dumay. These methods would allow for the various plans for expansion.

“We plan to grow without growing apart,” Murray wrote in an e-mailed statement in March.

At the same time, SEAS hopes to find its niche within the University—by working with FAS, for example.

Smith affirms that SEAS’s place is “really embedded” into the larger umbrella of FAS. “It really excels because of the kinds of connections it has more broadly,” he adds.

With a constantly evolving identity, SEAS confronts the challenge of fine-tuning its goals for expansion so that it may ultimately find its place within the larger University.

—Staff writer Evan T.R. Rosenman can be reached at erosenm@fas.harvard.edu.