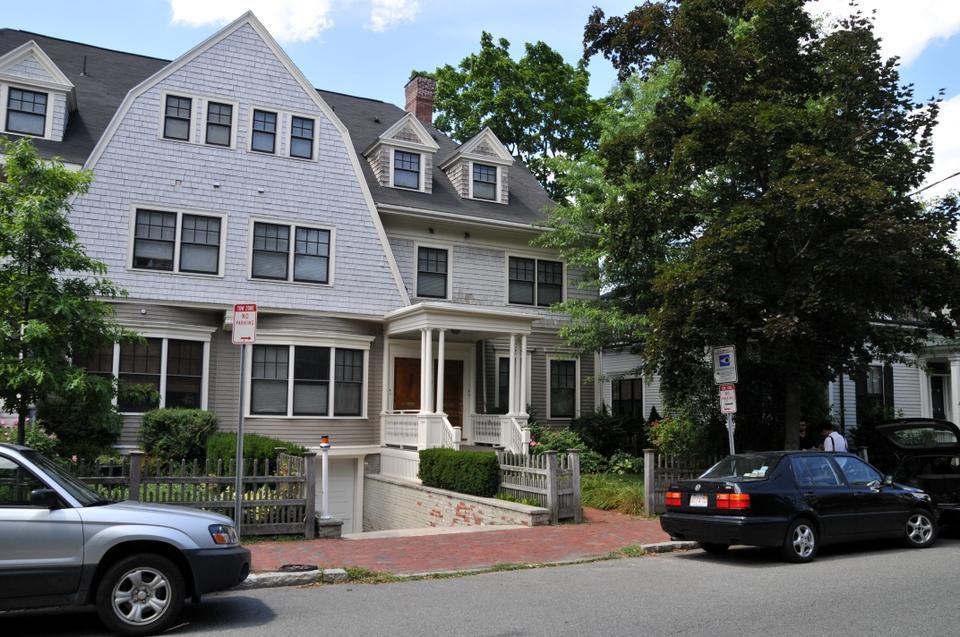 If a spy seeks to blend in with his surroundings, then the alleged Russian agent known as Donald H. Heathfield—a reputedly unassuming man whose only slight deviation was an unidentifiable accent—succeeded during his time at Harvard Kennedy School.

In interviews with The Crimson on Tuesday, many of Heathfield's classmates said that the arrest of the 2000 Kennedy School alumnus caught them by surprise. They described Heathfield, in various turns of phrase, as a nice enough individual who did not provide any noticeable indications of his alleged activity as a spy for the Russian government.

On Sunday, Heathfield and his wife Tracey L. A. Foley were two of 10 alleged spies arrested by the FBI as part of a nationwide crackdown on a Russian intelligence operation that aimed to infiltrate U.S. policymaking circles.

Karen S. Kalish, a fellow graduate of the one-year Mid-Career Master in Public Administration program, said that her memory of Heathfield depicted a "very, very nice man, a very gentle man." Yet other classmates recalled sparse, but congenial, conversations that were typically limited to pleasantries, discussion of work and family—though not much was shared even in these areas.

Many of Heathfield's classmates at the Kennedy School said that they did not personally know him, but some recalled brief interactions. Classmate Jeff P. Katz said that he "really didn't know the guy," but had attended a few parties where Heathfield—who claimed to be a Canadian-born U.S. citizen—was present and even noticed a "funny accent" that lacked the Canadian "eh." The pair even once discussed Heathfield's two sons, Katz recalled.

Recalling a subdued, "innocuous" man who claimed to be from France, Kalish said that she did not recollect Heathfield ever expressing any strong views. But a red flag appeared when she asked him where his teenaged children were—"and that was the strange part because he said they didn't live with him," Kalish said.

Classmate Daniel Carpenter, who was also in the MPA program, said that he last saw the alleged spy at the school's 10-year reunion last month and was surprised by the news of Heathfield's arrest, like many of his fellow Kennedy School alumni.

"I'm not really sure what to make of it yet," Carpenter said of Heathfield's arrest. "[My classmates and I] will definitely believe in due process, and we want to give him his time to explain what's going on."

"As far as I knew, he was per his introduction and consistent representation to me and our classmates: Donald Heathfield from Canada," classmate Mark Robert Gordon wrote in an e-mailed statement. "I look forward to learning further details as the case unfolds through the fair disposition of this matter via the United States judicial system."

As part of a series of arrests across four states on Sunday and the culmination of a multi-year investigation by the FBI and other federal agencies, authorities arrested Heathfield and Foley at their Trowbridge Street apartment and charged them with conspiracy to act as an agent of a foreign government and conspiracy to commit money laundering.

Trowbridge Street resident Lila M. Hexner, 85, who has known Heathfield's wife in passing for the past three years, said that the recent arrest helped her to make better sense of details concerning her neighbors that she had accepted without much questioning.

"There are a lot of things I just accepted and made up reasons for in my head," said Hexner , who noticed that the couple never attended community meetings or potluck gatherings.

"I guess to be a good spy is to do what they did: talk very little and don't get involved. I'd guess that's the way spies are taught," Hexner said. "This may just be the tip of the iceberg."

Kennedy School spokesperson Melodie L. Jackson confirmed Tuesday that Heathfield indeed enrolled in the MPA program from 1999 to 2000, receiving his degree in his final year. Heathfield's LinkedIn profile labels him as the chief executive officer of Future Map, a consulting firm that helps governments and business to develop systems for leadership.

Foley states on her professional website that she was a real estate agent for Redfin and claims to be a native of Montreal who was educated in Switzerland, Canada, and France. In a statement the real estate company released on Monday, the corporation wrote that Foley underwent the standard background check and interview process prior to her employment as a field agent who only showed homes rather than representing clients. According to the statement, Foley was "well-liked" by her touring customers, who described her in surveys as "friendly and helpful."

—Esther I. Yi contributed to the reporting of this story.