Birnbach Defines and Undermines the World of ‘True Prep’ 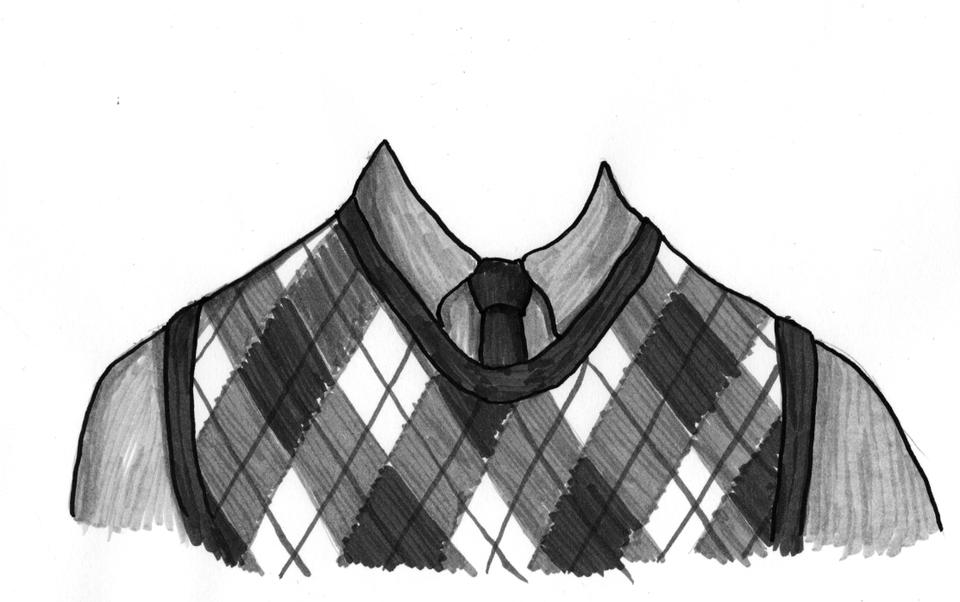 Perhaps because her witty, tongue-in-cheek 1980 bestseller, “The Official Preppy Handbook,” was such a smashing success—and inspired both the creation of the J. Crew clothing line and the resurgence of the L.L. Bean brand to boot—Lisa Birnbach has decided to revisit the subject of “prep.”

This time, however, in “True Prep: It’s A Whole New Old World,” a subject that she once treated with a humorous, quasi-satirical eye is depicted for the most part with an affectionate reverence that seeks to defend the idea of “prep” from those who would argue that the culture of Nantucket red and “call it house not home” belong exclusively to a certain faction of the elite, East Coast American establishment bookended by Montauk and Bar Harbor.

Thirty years ago, Birnbach writes in the “Manifesto” that begins her new book, preppies were “Formerly WASP. Failing that, white and heterosexual. One day we became curious or bored and wanted to branch out, and before you knew it, we were all mixed up.”

And while “True Prep” is, in part, a later-life continuation of its predecessor, which dealt mostly with prep school and college, such inclusiveness, in a nutshell, seems to be its raison d’être: to promote and to sell an image that was once the exclusive property of the landed aristocracy but that now can apparently belong to anyone.

Anyone, that is, who can afford to pay the $37,341.60 tuition for a year of private day or boarding school or the more than $10,000 for an Hermès Birkin bag for the primary purpose of toting around “swatches and paint chips.”

For those who are still unsure whether they merit the distinction of “prep,” Birnbach and collaborator Chip Kidd are here to help: “if by some chance you are entering this world on your own, of your free will, with no one to lead you by the hand, let us guide you,” they say in the book’s beginning. “We know the code. We’re here to help.”

For the most part, the book—a series of short little features on subjects as diverse as trunk shows, second weddings, and different types of loafers—is an entertaining encapsulation of one of the most recognizable (and ridiculous) styles under the sun, and the author certainly maintains a healthy sense of humor throughout. But underneath the humor and behind the fun, the book has an odd dimension that suggests some things that are somewhat less whimsical.

In fact, the most difficult thing about “True Prep” is determining exactly what to take seriously and what to take with a grain of salt. But given that the author has modeled her book as a “code” rather than as pure satire, there are some things the reader cannot help taking away. For one, the book makes a strange argument, which is perhaps the most unpalatable aspect of the entire project. Although Birnbach does allow that prepiness can indeed now belong to anyone, regardless of race, religion, or sexual orientation, she justifies this argument, a fine idea in its own right, in a borderline offensive manner.

With a certain lighthearted tenor that borders on flippancy, Birnbach makes it quite clear that non-white minorities, too, can also be preppy, but only provided that they attend the right schools, wear the right clothes, and summer in the right spots (there’s even an entire page devoted to “African-American Prep Resorts”).

On the particular subject of African-Americans, the “True Prep Pantheon” early in the book includes two black members, glorified merely because of their entrance into the ranks of the American elite and, more importantly to Birnbach, because they appear to have assimilated entirely into the rarefied world of Sperry loafers and Madras shorts. And, of course, these two avatars of assimilation are none other than Barack and Michelle Obama.

Of the first lady, “a graduate of Princeton University and Harvard Law School,” Birnbach writes that “she has arms that look sculpted out of onyx and, for covering up, often chooses cardigans from J. Crew.” Regardless of the cheeky noblesse oblige with which Birnbach approaches the tricky issue of minority inclusion within the “new old world” of prep, moments like these nevertheless read like subtle inducements to assimilate into the privileged culture of the, yes, predominantly white American establishment. And, the book seems to suggest, as long as you cover your black skin with the same sorts of clothes as your neighbors in Sag Harbor, you, too can be one of us!

Naturally, there is never an explanation of why prep culture is something worth glorifying or even a subject worthy of two whole books. “It just so happens that almost anyone can assimilate into our world of prepdom,” Birnbach says with regard to the subject of preppy Muslims. But, after 234 pages, one has to wonder: why would anyone want to?