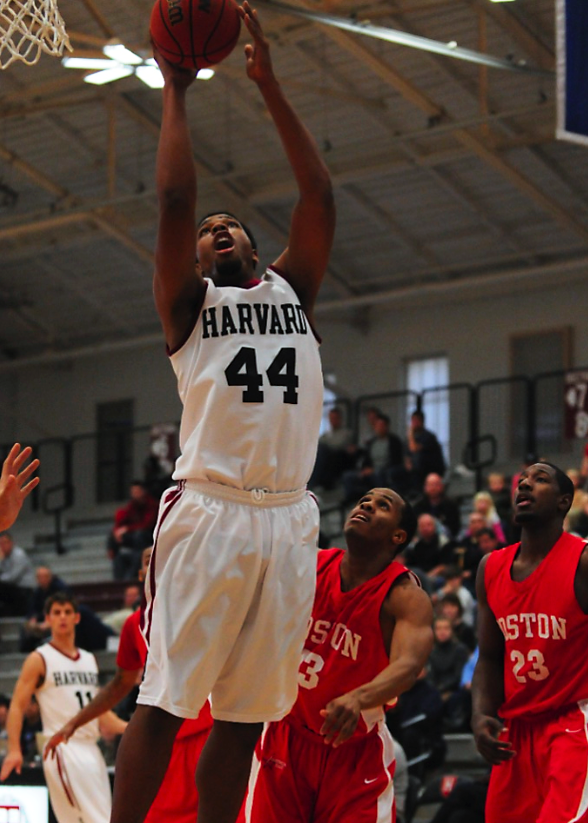 HANOVER, N.H.—Conventional wisdom says that you can’t win the Ivy League in the opening weeks of conference play—but you can lose it. Thankfully for the Harvard men’s basketball team, its dreams of a league championship remain very much intact after beating Dartmouth (4-10, 0-1 Ivy), 68-53, yesterday afternoon at Leede Arena in Hanover, N.H., in the first conference game of the season.

“We’ve been gearing up for conference play,” Crimson coach Tommy Amaker said. “[Our veterans have been] trying to make sure that our players, especially our younger guys, understand what it means to be in conference, what it means to be on the road in the league. There’s no question that we were ready to play.”

Harvard (11-3, 1-0) was able to use its defense and size to prevent the Big Green from springing an upset, but Dartmouth kept the contest competitive for most of the afternoon.

Big Green forward David Rufful had the hot hand to start the game. The big man hit a three from the left wing to open the scoring for Dartmouth and added another triple less than a minute later. His layup roughly seven minutes into the action tied the score, 8-8, but the Big Green would not come any closer to grabbing the lead.

Over the next seven minutes, the Crimson went on a 12-1 run in which junior co-captain Keith Wright scored five points and sophomore guard Brandyn Curry chipped in four.

Dartmouth cut the lead to six points with three minutes remaining in the period, but a layup by junior co-captain Oliver McNally, a dunk by sophomore forward Kyle Casey, and a deep three pointer by freshman forward Laurent Rivard in the waning seconds of the half gave Harvard a comfortable 32-21 lead at halftime.

“We had a nice margin. I think a lot of that was the defensive effort to start the game and certainly that end of half situation, that big shot by Laurent,” Amaker said.

The Crimson’s defense set the tone in the first frame, allowing its opponent just 30.4 percent shooting from the field and forcing eight turnovers.

“The number one thing with our identity is we are going to defend,” Amaker said. “That was really the key for us.”

Harvard picked up where it left off in the second half. After a three by Big Green guard Jabari Trotter, Wright posted up and connected on a hook shot. The next time down, the co-captain fed his front-court mate Casey cutting through the middle of the lane for a two-handed slam.

Casey, who is recovering from a broken foot suffered in the preseason, had his most explosive game to date. The sophomore grabbed nine rebounds and scored 13 points, including three thunderous dunks that became his trademark a season ago.

“You saw some of the explosiveness that we’ve seen in the past,” Amaker said. “As the game went on, he had more and more confidence.”

“It takes a big burden off my shoulders because we have another guy that can come in as a big and fill in that role and put some points on the board,” Wright said.

Teaming up with Casey, Wright dominated the post. He tallied a team-high 16 points and 12 rebounds for his sixth double-double of the year. On the game, the Crimson outrebounded Dartmouth, 32-22, and outscored it in the paint, 38-16.

“Winning the matchup in the post is a big part of every game,” Wright said. ”Coach stresses getting the ball inside-out.”

Harvard’s lead swelled to 17 after a short bank shot from sophomore guard Christian Webster midway through the frame, but the Big Green responded with a 10-2 run. A deep three by Rivard ended the threat, and the Crimson’s lead never dipped below 12 points for the rest of the contest as it cruised to its first conference win of the season, 68-53.

“They played really hard. We always know this team is going to come out and play hard,” Wright said. “It’s especially tough to win here.”

“We really focused in,” Wright said. “Coach made sure that we were all concentrating…we had to be efficient and execute.”