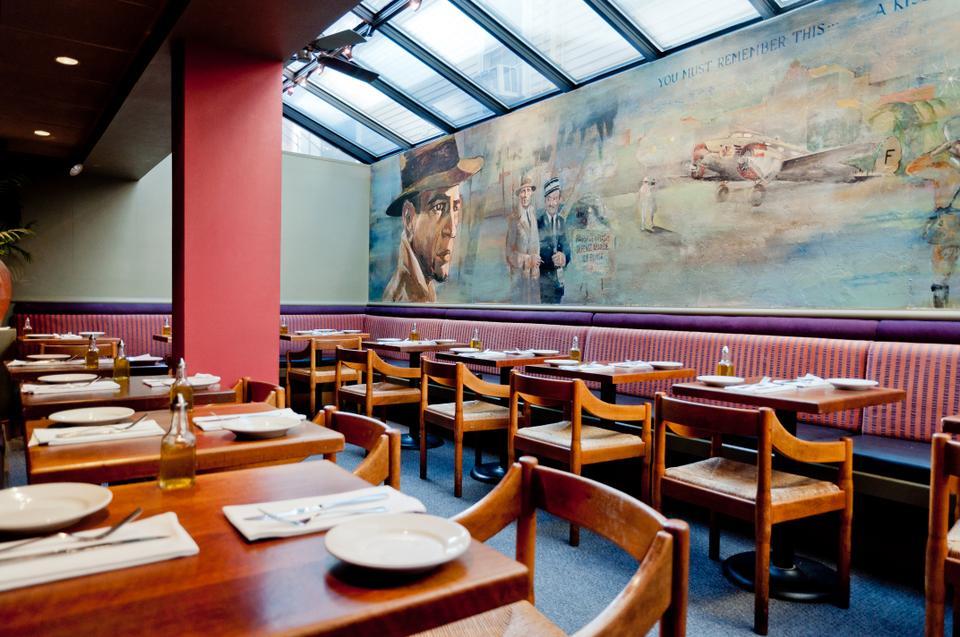 Casablanca, the Brattle Street Mediterranean restaurant, is up for sale. Inspired by the 1942 movie, Casablanca opened as a bar in 1955.
By Kerry M. Flynn, Crimson Staff Writer

Casablanca—an iconic Brattle Street restaurant that has been frequented by Harvard faculty and students since its founding in 1955—is up for sale.

After 40 years of working for the restaurant, owner Sari Abul-Jubein decided that it’s time to find a new owner.

“It’s just time for me to move on in my life. I think the place will be much better served with somebody else with fresh ideas,” Abul-Jubein said.

Abul-Jubein worked at the restaurant as a part-time waiter and a bartender in the early 1970s. Eventually, he bought the establishment himself in 1976.

“I was fresh out of college, looking for work and that job was available. It was kind of falling in love and just the opportunity,” Abul-Jubein said.

Abul-Jubein said that the broad economic turmoil of recent years has taken a toll on the restaurant. Last year, he introduced a small bites menu with items under $5 to offer another price option.

“The economy has forced everyone to become creative to keep some business coming in the doors,” Abul-Jubein said.

Casablanca opened as a bar in 1955, and was inspired by the 1942 movie of the same name, which used to be shown annually at the Brattle Street Theatre next door.

Government Professor Harvey C. Mansfield ’53 said he used attend the yearly movie showings and then hang out at the bar afterward.

Casablanca expanded to a Mediterranean-style restaurant in 1970.

Medieval History Professor Michael McCormick said he sometimes goes to Casablanca to get meals with his students.

“It has a good selection of drinks and wonderful dishes. It’s nice to go with a group of younger scholars,” McCormick said.

Professor of Hebrew and Other Oriental Languages Peter B. Machinist ’66, who has frequented the restaurant since his undergraduate years at Harvard, said the restaurant offers an atmosphere reminiscent of the 1950s and 60s.

“Going to the restaurant reminds me of an era of Harvard Square which was more unconventional and intimate than I’m afraid it will soon become,” Machinist said.

Abul-Jubein said it is too early to know the fate of Casablanca after it is acquired, though the new owner may not retain the restaurant’s current name and theme.

Executive Director of the Harvard Square Business Association Denise A. Jillson said she hopes someone will purchase the restaurant and carry on the tradition.

“Recently, a Boston Globe column talked about the re-opening of Bob Slate Stationer and referred to it as ‘a miracle on Brattle Street.’ We look forward to a second miracle,” Jillson said.