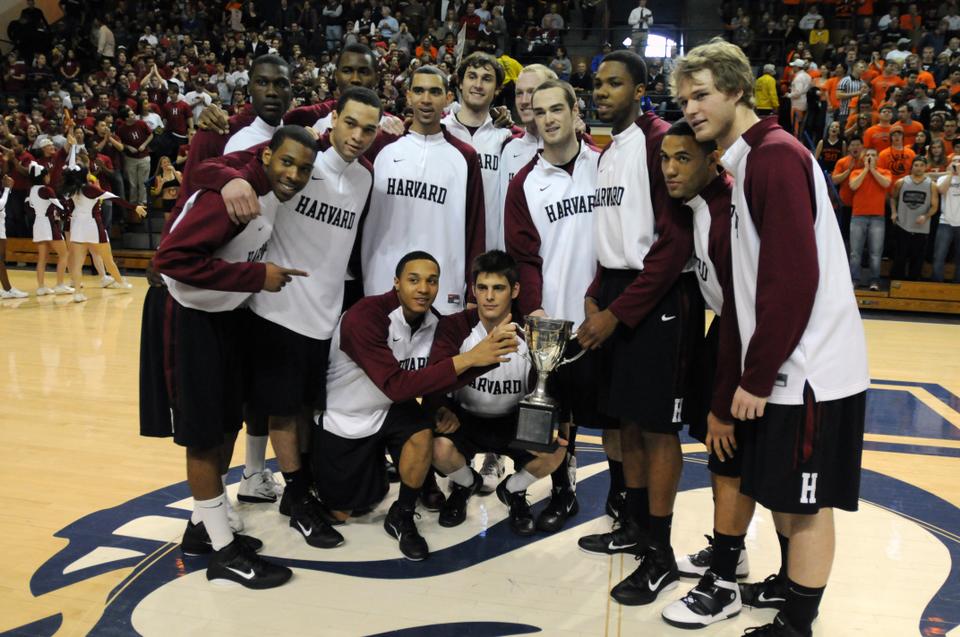 Upon arriving in Cambridge in the spring of 2007, Harvard men’s basketball coach Tommy Amaker made a big decision: he no longer wanted the Crimson to be a typical Ivy League basketball team.

Instead, Amaker wanted to turn his program into something more, to act like a big-time player in a sport where underdogs struggle to build consistent success.

His team has recently proved itself capable of competing at a high level. In the past two years—its two most successful seasons ever—Amaker’s squad has received Associated Press top-25 votes, knocked off schools from BCS conferences, and won its first-ever Ivy League title.

The coach has also attempted to recruit at a level that Ivy schools have rarely dared to venture into, reaching out to some of the nation’s premier high school players and convincing them to consider Harvard along with national powerhouses like UConn, Kansas, and Florida.

And now, Amaker is bringing a sacred college basketball tradition, that of Midnight Madness, to Cambridge.

Midnight Madness is an annual event that celebrates the first day the NCAA permits formal practices for the upcoming season. The custom started at the University of Maryland on Oct.15, 1971, with a midnight run by Terrapins head coach Lefty Driesell.

Exactly forty years later, the Crimson will begin its own tradition. The festivities, which begin at Lavieties Pavilion at 4 p.m., will include a team scrimmage and the raising of Harvard’s first-ever Ivy League championship banner.

“We’ve always been interested in trying to grow our program in different ways,” Amaker said. “We thought if we could somehow have our first ever intra-squad scrimmage, call it the Crimson Madness, and be able to unveil our first-ever banner—which is kind of historic in its own right ... We thought it would be a neat concept, and we’re very hopeful we can get a lot of people to come out and participate in this historic day for us.”

Many schools literally schedule their “madness” event at midnight—the very first moment practices are allowed. Amaker said that was something he considered, but he wanted his players to have the chance to partake in Harvard’s 375th anniversary celebration on Friday night. Last year, the coach passed up the chance for an opening night practice and instead brought his players to see a speech by Secretary of Education—and former Crimson basketball co-captain—Arne Duncan ’87.

But with Harvard’s increased success on the court of late, student attendance and interest in the program has grown, making it clear that this year was as good as any to start a new tradition.

“It’s been so exciting for me,” Amaker said. “When I have students and fans say to me how much they enjoy coming to games and seeing the kids play, how much fun it is ... That’s meaningful to me because we always want to play in a way where our students and fans can be a part of that with us.”

Since taking the Harvard job, Amaker—who previously coached at Michigan and Seton Hall—has been active in attempting to increase student involvement with the basketball program. Last year, he helped organize fan buses to bring students to New Haven for the Crimson’s game against Yale, and this season, he has reached out to student groups such as the Kuumba Singers to sing the national anthem and participate in halftime events.

“I value being a part of this campus, not just being the basketball coach,” Amaker said. “There’s so many wonderful people and events and organizations and clubs and different things that go on. We’re excited to know that maybe our Harvard basketball team can be included in that long list of neat things that happen here ... If there’s an opportunity to have our students engaged, I’m interested.”

Amaker’s players are also excited about the opportunity to partake in the first-ever event of this type at Harvard.

But to Amaker—who Wright said was the driving force behind the event—the value of Crimson Madness will go beyond garnering excitement about the team’s play on the court.

“It’s more in-line with the student experience,” Amaker said. “Being engaged with things that are happening, supporting each other ... I think that’s the unique thing about being here. There’s so much that happens, so much teaching that goes on outside the classroom, outside the textbook. We thrive on that at Harvard. This can be another way we do that. It’s not just about coming to an athletic event; it’s about being engaged with student life at Harvard.”