Head of the Charles Draws Fans and Vendors 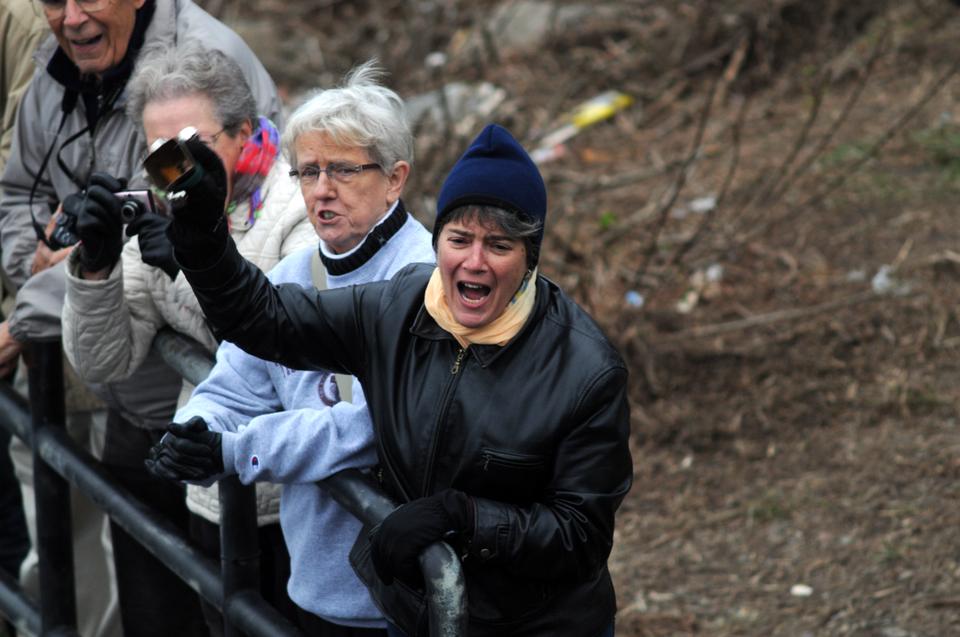 Fans and spectators cheer as boats pass by them at this weekend’s Head of the Charles regatta held at the Charles River.
By David W. Kaufman, Contributing Writer

Fans of crew and curious visitors convened Saturday and Sunday at the 47th Head of the Charles Regatta for an afternoon full of intense races and energetic vendors handing out free samples of their products.

Spectators came from far and wide to watch their favorite teams compete in a variety of rowing events.

Harvard’s men’s and women’s crew teams ultimately brought in the most points of any school, club, or university. The men’s heavyweight crew team won first place, after coming in second in the regatta last year.

Some onlookers had friends that they wanted to be able to support and cheer on in person.

Aaron Kano-Bower, a student from Wesleyan University, said that he had been coming to the regatta for the past three years, ever since his friends began to compete in the races.

“I came back for fall break just to see the Head of the Charles and to hang out in the city,” said Kano-Bower.

While some passed the afternoon taking photos of the swift athletes or sitting leisurely on the bank of the river, others came to enjoy the free merchandise that many vendors were offering to passerby en masse.

Booths stretched along the Charles River, largely centered around the Weld Boathouse on Memorial Drive. Vendors drew in potential customers with unique games and a variety of giveaways. Gogobot, a community site for sharing travel advice and recommendations, invited guests to spin a wheel that would guarantee them one of many prizes like a small bag or a hat, especially useful for the chilly weather.

“People are just descending upon us in hoards,” said Julia Pond, a representative for the company.

Other popular brand names were there as well. 5-hour Energy had a big presence with a giant blow-up bottle of the drink that could be seen clearly above the dense crowd. Representatives were handing out multiple bottles of their product to anyone interested.

Local companies were also present in full force, with Palumbo Kettle Corn generating crowds with free samples of their freshly made popcorn.

“We have been doing this event for eight years,” said Steve Palumbo, the owner of the company. He said that the free samples are attractive “because many don’t really know what kettle corn is.”

Palumbo said that he didn’t have much time to focus on the races due to his stand being “so busy.”

However, among all the excitement, some were disappointed with the race itself. Gabe Frankel, a student visiting from Wesleyan University, said that he “expected it to be a sprint” where all the competitors would “line up in a row” to race. Once he found out that the rowers would compete for the best time and begin sequentially, he said he lost interest.

Frankel wasn’t satisfied with the free offerings either, saying that besides the 5-hour Energy samples, he hadn’t found much.

“It could’ve been better,” he said.

As the festivities came to a close on Sunday evening, visitors began to collect their belongings and depart from the river. Many were optimistic for next year’s regatta. When asked whether he would be back for next year’s event, Kano-Bower responded, ”Yep, definitely.”