Portion of Red Line To Shut Down On Weekends

Porter Square, Davis Square, and Alewife To Close For Construction 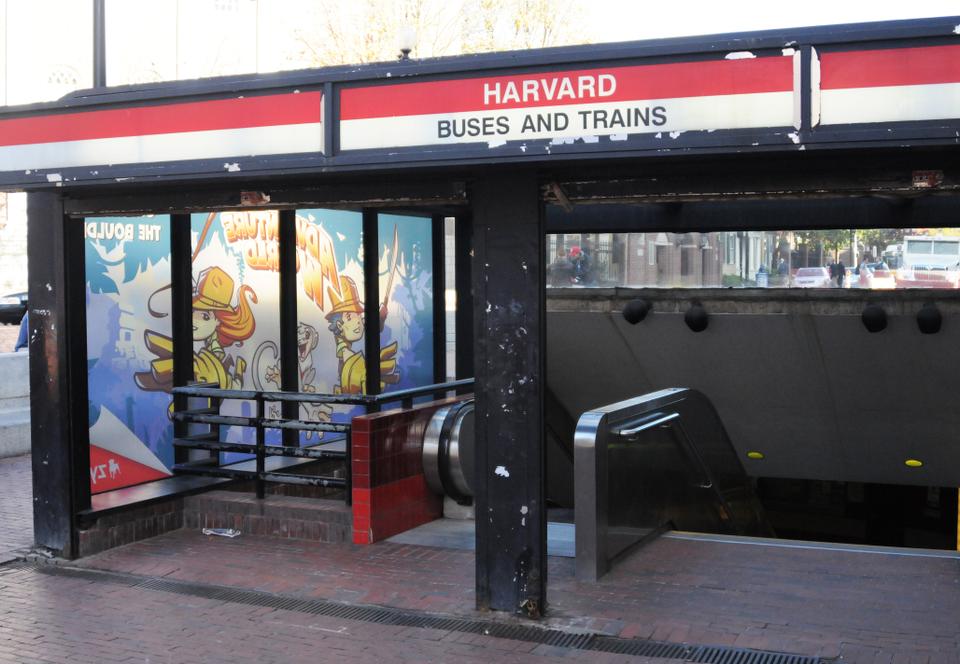 On weekends from November through March, the Red Line will be closed at stations north of Harvard Square as the MBTA completes $80 million in repairs and renovations.
By Dan Dou, Contributing Writer

Repairs that will shut down portions of the Massachusetts Bay Transportation Authority subway system every weekend for nearly six months will commence on November 5, in an effort to repair damage that the transit agency identified several years ago.

The riders who normally commute via the T will now be required to take buses—an inconvenience for passengers who must navigate the bus system and make arrangements for delays on the slower routes.

One such passenger is Sarah A. Payne, 22, who said she was unaware of the imminent closings.

Payne said she moved to the Boston area only a few weeks ago and uses the Red Line to travel between her home in Porter Square and her job in Alewife.

"[The closing] affects me dramatically," Payne said. "I have no car, so I rely on public transportation. That is very inconvenient."

However, Paul Regan, executive director of the MBTA Advisory Board, said that the potential dangers posed by structural damage to the subway line are much greater than any inconveniences caused by the repairs.

"[MBTA officials] have to do it. They don’t have a choice," said Regan. "People mistakenly look at short-term inconvenience as being more serious. This is a repair that has to happen because the track is slowly disintegrating. If they don’t fix it, the implications are that regular Red Line service that everyone depends on will be impacted for a much longer period of time."

The goal of the construction is to repair the concrete slabs that rest under the rails, Rivera said. Infiltration of water into the tunnel over the years has resulted in the deterioration of these slabs. The repairs will cost roughly $80 million.

This project was specifically cited in the 2009 "D’Alessandro Report" on the MBTA, Regan said. The report, commissioned by Mass. Governor Deval L. Patrick ’78, stated that the Red Line north of Harvard Square posed a safety threat to riders and recommended it as a high priority project.

"It’s a critical project that should have been done years ago," said Regan. "They didn’t do it because they didn’t have the money."

As the MBTA attempts to balance the crucial need for repairs with the convenience of passengers, Regan said that closing the line down only on weekends is "the right way to go."

"The Red Line is the critical component of the morning commute," said Regan. "On the nine to five, Monday to Friday basis, the Red Line has to run, or not only does it affect the hundreds of thousands of people who ride it every day, it also affects every other branch and bus service of the MBTA."

Regan said that he thinks the multiyear delay in repairs to the line is indicative of the MBTA’s broader fiscal problems.