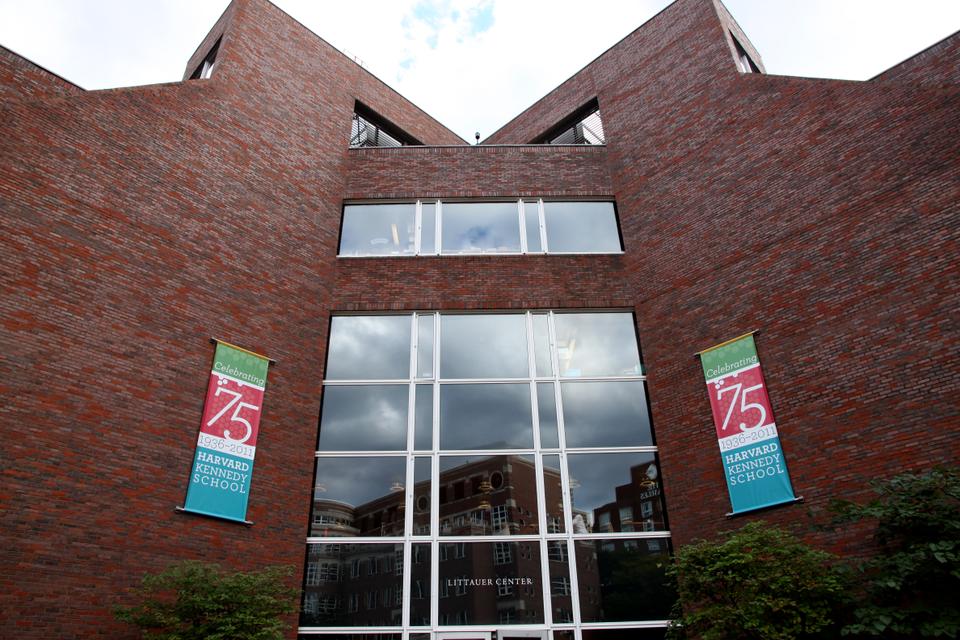 Past Tense: Finding a Place

The Harvard Kennedy School was not always so proudly named. In the 1930s, Harvard considered the school more like an unidentified flying object that had inconveniently landed near the Yard—they just didn’t know what to do with it.
By Julia E. Kete

The Harvard Kennedy School was not always so proudly named. In the 1930s, Harvard considered the school more like an unidentified flying object that had inconveniently landed near the Yard—they just didn’t know what to do with it.

In 1935, Mr. Lucius N. Littauer from the Class of 1878 gave Harvard two million dollars (at 1935 valuation) to invest in a school that he hoped would lead to “the development of training in government as a profession, and not simply to education in government as a branch of learning.” He imagined public servants working to rebuild America as a major element of Roosevelt’s New Deal.

So President James Bryant Conant took the money and, in 1936, oversaw the establishment of the Harvard Graduate School of Public Administration. Harvard named the Littauer Center after the generous man—and then rolled its collective eyes.

There was certainly some resistance. As former Harvard President Abbott Lawrence Lowell once explained, Harvard had no interest in training men “for a career that does not exist, and for which, if it did exist, I think our training would very likely not be the best preparation.”

“Real Harvard” refused to offer formal degrees to students because, come on, what did they even learn? They allowed 12 professors from the Faculty of Arts and Sciences to teach classes at the GSPA in addition to their usual jobs.

Then they gave themselves a pat on their collective back for being so generous.

By 1941, Harvard began to award GSPA students formal master’s and doctoral degrees in public administration—but the University still considered this all to be ceremonial. President Conant insisted that a GSPA degree was “not worth the paper it was written on.”

Harvard’s next president, Nathan Pusey, decided that the proper remedy would be to close the school entirely. If Pusey had had his way, Harvard would have shaken its head and forgotten about this whole public service stuff once and for all. Harvard could have written a short letter to Littauer explaining the whole thing, then looked towards the future.

But many believed in the school’s mission, and the GSPA endured. Through the years of World War II enrollment numbers continued to grow, slowly but steadily; a new dean was hired to spearhead an initiative to redefine the school.

In 1966, Harvard renamed the GSPA the John F. Kennedy School of Government, and the Kennedy family worked with Harvard to found the Institute of Politics. During this time, the Kennedy School transitioned from being an overlooked offshoot of the Faculty of Arts and Sciences to a separate school, respected in its own right like it is today.