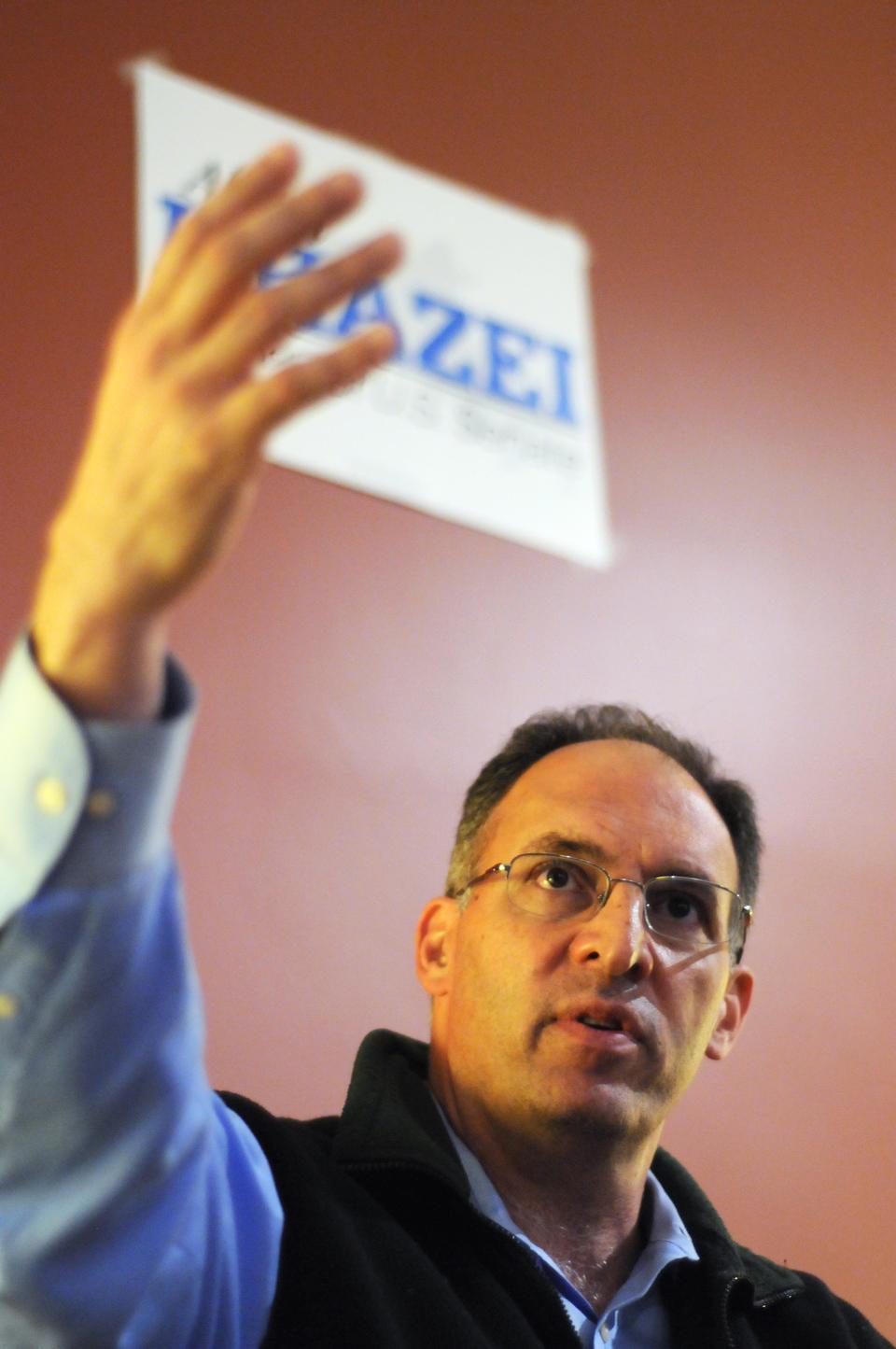 Alan Khazei, Democratic Senate candidate, holds an informal talk in Currier about his time as a student in Currier House, his political philosophy, and his social entrepreneurship. Khazei recollected about his time at Harvard that "the great thing about the Quad is that you have a sense of community here."
By Caroline M. McKay, Crimson Staff Writer

“You can’t play in the rigged political money system and then go and say you’re going to change it,” Khazei said. “She’s playing in a rigged game; I want to change the game.”

The comments came after Khazei spoke at Currier House, where he branded himself as a post-partisan reformer.

He highlighted his experience in grass roots organizing that dates back to his time at Harvard.

Khazei, who also graduated from the Law School in 1987 and served as an IOP fellow in 2006, co-founded national service organization City Year in 1988 while serving as a tutor at Currier House, collaborating with his freshman year roommate and blockmate Michael H. Brown ’83-’84. City Year served as the inspiration for AmeriCorps, a national service program. Khazei currently serves as the CEO of Be The Change, Inc.

This isn’t Khazei’s first senate race. He ran against Martha Coakley for the Democratic nomination in 2009, garnering a wide range of endorsements, including The Boston Globe and Michael Bloomberg.

In a race dominated by Warren, Khazei was the first Democratic challenger to speak out publicly against her. Last month, he called on Warren to turn down contributions from PACs, a measure he has taken.

Warren’s campaign manager Doug Rubin responded to Khazei’s criticism, telling The Boston Globe that the source of the contributions is irrelevant.

“Anyone who’s going to contribute to Elizabeth Warren’s campaign knows she has been fighting for middle class families her whole life and that’s who she’ll fight for in the Senate. Nothing’s going to change that,” Rubin said.

Khazei asked the public to donate to candidates directly, not PACs.

Khazei promised the crowd in Currier House that he was a different type of candidate.

“I left Harvard, and I went straight to the neighborhoods,” Khazei said in an interview after the event. “I started my career in Mission Hill—not Beacon Hill or Capitol Hill.”

Khazei said he recognized that Warren is ahead of the other Democratic candidates, but said he can close the gap by the time the primary rolls around next year.

“There’s plenty of time. She’s definitely way ahead, I’m the underdog, and I don’t have these big Washington groups behind me.”