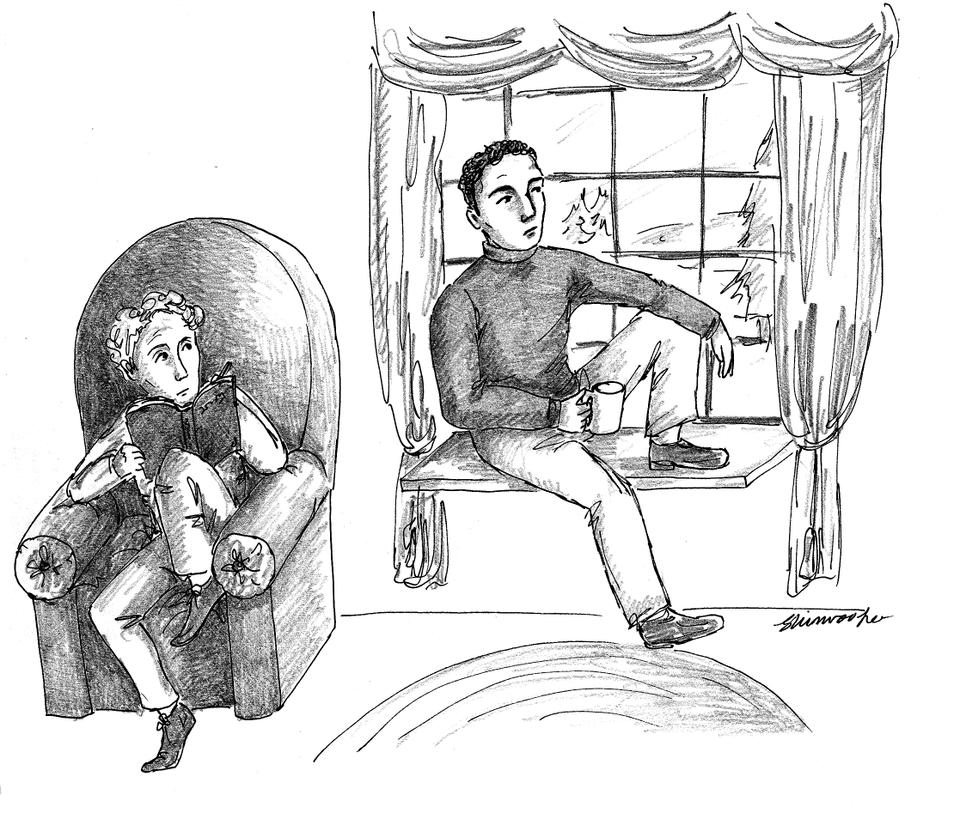 In his latest novel, Alan Hollinghurst has cemented his status as one of the most notable modern chroniclers of gay life. “The Stranger’s Child” returns to his trademark stately descriptions and nuanced portrayals of human sexuality, all while avoiding the pitfalls of setting a novel in a time period as potentially stale as World War I. In the novel Hollinghurst describes the eccentricities of one man, a fictional poet named Cecil Valence, over the span of four generations and two World Wars. Yet the characters remain in the same houses and towns, and continue to make the same mistakes. This structure may seem overused or repetitive, and Hollinghurst’s characters do indeed lust for one another, drink too much, and reveal too many secrets in what eventually develops into a tiring cycle of regret. Though this tragic plot appears countless times, “The Stranger’s Child” feels fresh despite its many allusions to dead poets and oft-experienced human fumbles.

The title character is only alive in the first fifth of the novel, and it is his untimely death sets off the subplots of every other character. Cecil has two lovers who are brother and sister. By denying each his devotion, he drives both siblings to an existence of turmoil and dissatisfaction. Through these two relationships, Cecil manages to touch the lives of many characters, some of whom are so inspired by his lingering presence as to write his biographies, while others merely swoon for his memory. It seems incredible that the life of one man, who only lived to 25, should affect so many people. In his novel Hollinghurst writes of Cecil as “undeniably a very minor poet who just happened to have written lines here and there that had stuck … But his life was dramatic as well as short, and now everyone was mad about the First World War.”

England continues to mourn for its men who, like Cecil, lost their lives in World War I, and throughout the novel the characters are preoccupied, even obsessed, with the past. Each seems to be perpetually sifting through relics from the previous generation, an eerie motif that trails each new character through the five sections of the novel. The first is set in 1913 when Cecil Valence wrote his famous “Two Acres” poem, and later sections jump chronologically by a decade or more until the final section, set in the present day. The effect of this constant chronological jumping is a bit disarming—the reader is forced to regain footing and learn new characters every 50 pages, but it also allows a glimpse into a rare variety of perspectives, which range from the youthful to the senile.

Hollinghurst is experienced with the historical novel, and he weaves an expertly coherent account of the early 20th century in a style reminiscent of E.M. Forster or D.H. Lawrence. Though his understatement and his focus on intimate relationships is consistent with the works of these masters, Hollinghurst’s diction is altogether new. Highly specific and occasionally vulgar, the language is nonetheless refreshing—a necessary quality, since the themes throughout the novel are purposely repetitive. When describing a woman playing piano, he writes, “Her little hands looked brave and comical as they stretched and rumbled and tinkled. She rocked and jumped from one buttock to the other, in her stiff red dress, her black wrap slipping—it twitched and drooped behind her as she moved, with a worrying life of its own.” Certainly no writer has yet written such a description, and Hollinghurst does not stop there. Rather, his unique language choices permeate the text and invite a new perspective on each scene.

The relationships in “The Stranger’s Child” are as unconventional as Hollinghurst’s style. Each love scene is between two men, or between a woman and a man who is attracted to men. His frank portrayal of homosexuality is jarring given the conservative cultural milieu, and it is this along with Hollinghurst’s nuanced diction that alerts us that this is a contemporary spin on the past. For though there are frequent allusions to greater, dead poets—the title itself is an allusion to Lord Tennyson’s most famous poem—this novel never betrays any stench of age.

However, some critics dismiss Hollinghurst’s tendency to write solely about gay characters as a cop-out, meant to substitute for originality and sophistication. John Updike controversially wrote that Hollinghurst’s novels “take some getting used to; they are relentlessly gay in their personnel.” But no part of “The Stranger’s Child” seems indulgent, only delightfully different in its wordings—and this includes its depictions of sexual relationships. No other author would describe nature “restoring itself in a secret flow of scent,” and women walking in “heady swoop[s] across the lawn;” Hollinghurst’s unique permutations of language never fail to surprise and delight.

“The Stranger’s Child” immerses readers in another world so entrenched in its own rules and obsessions that the final image of Cecil Valence’s poem and his presence is unforgettable. The novel travels through a century of literary residue, and for readers as for Hollinghurst’s characters, Cecil lingers in the mind even after his story has concluded.