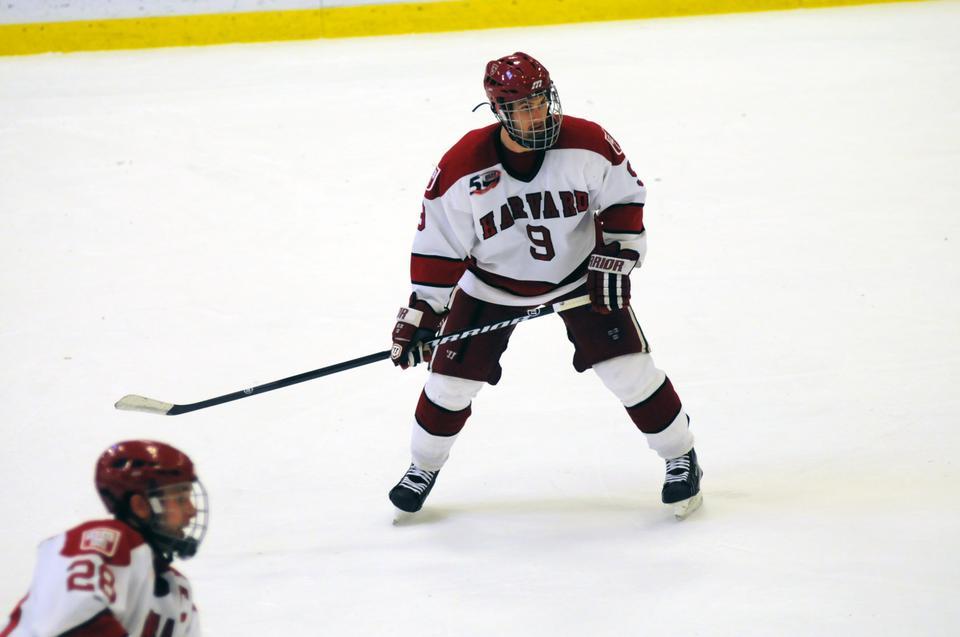 As the weather outside gets colder, the Harvard men’s hockey team is staying hot.

The win allowed Harvard to avenge the Tigers’ victory by the same score in Cambridge on Nov. 4.

“It was our last game before break, and we just came in knowing we wanted to get a big win to go over .500 and to have a good taste in our mouths over the next month,” freshman defenseman Patrick McNally said. “It was a tough game, and we ended up coming out with the victory.”

Princeton’s Michael Sdao and Jack Berger were called for overlapping boarding penalties under two minutes into the contest, and McNally put the Crimson in the lead on the ensuing two-man advantage.

After senior forward Alex Killorn won a faceoff and then got the puck back from junior forward Alex Fallstrom, Killorn found McNally between the circles, and the rookie—the nation’s highest-scoring freshman defenseman—fired a shot past Princeton goalie Sean Bonar for the game’s first score.

“Killorn looked the goalie off and gave me a great pass in the center,” McNally said. “I just shot it, and it went in.”

Neither team could score for the rest of the period, with the Tigers’ Marc Hagel drilling a shot off the crossbar and Michalek making back-to-back saves on Berger to keep Harvard ahead.

Then, after Bonar stopped a one-timer by junior forward Luke Greiner 9:18 into the second, classmate Marshall Everson put back the rebound for another power-play goal—Everson’s third score in two games—to give Harvard a 2-0 lead.

“It was a lot of broken plays put together,” Everson explained. “We tried a lot of different things out of the corner. They were pressuring really hard. ... [The puck] was just kind of laying in the crease, and I was able to knock it in.”

The Crimson defense held off the Princeton attack for most of the frame, until the Tigers’ offense picked it up as the period wound down. Hagel scored on a power play with just 56 seconds left, and after the subsequent faceoff, the Princeton captain beat Michalek again off a rebound just 12 seconds later to tie things up.

“We came out really strong and controlled the first and most of the second period,” Everson said. “The last five minutes or so of the second, I felt like we let them back into the game.”

But with one second remaining, Sdao was called for interference, giving Harvard another power play to start the third. The Crimson took advantage just 1:44 into the period, with senior forward Eric Kroshus taking passes from defensemen Danny Biega and Danny Ford before firing a low shot past Bonar.

Five minutes later, McNally head-manned the puck to Kroshus, who sent it to Biega. The junior fired a wrist shot over Bonar’s shoulder that bounced out so quickly that it didn’t register the red light. Though Kroshus put back the rebound, it was Biega’s goal that counted, giving Harvard a 4-2 lead.

“Danny’s got a great shot, and it ended up getting by the goalie,” McNally said. “That gave us a nice cushion so it was a big goal.”

Princeton’s Kevin Mills cut the deficit to 4-3 under a minute later with an unassisted score, but Michalek held off the Tigers’ push as the game wound down.

The goalie made a diving save on a Hagel shot with five minutes left, then stopped the Tigers’ Andrew Ammon in the final minute to give Harvard the win.

“They brought everything in the final few minutes,” Everson said. “But Steve made some really big saves there at the end.”

It was a critical victory for the Crimson, which held on despite being outshot, 34-26.

The team now has a 20-day break before resuming play again at North Dakota on December 30.At this point last season, the squad was just 2-8-0.

Now it is tied for third in the ECAC, thanks in part to the recent improvement of the freshman goalie Michalek, who was a sixth-round pick of the Minnesota Wild in this year’s NHL draft.

“Steve played unbelievably,” McNally said. “He’s basically the reason we were able to hold on in the end. He made some great saves and he really held them off for us.”