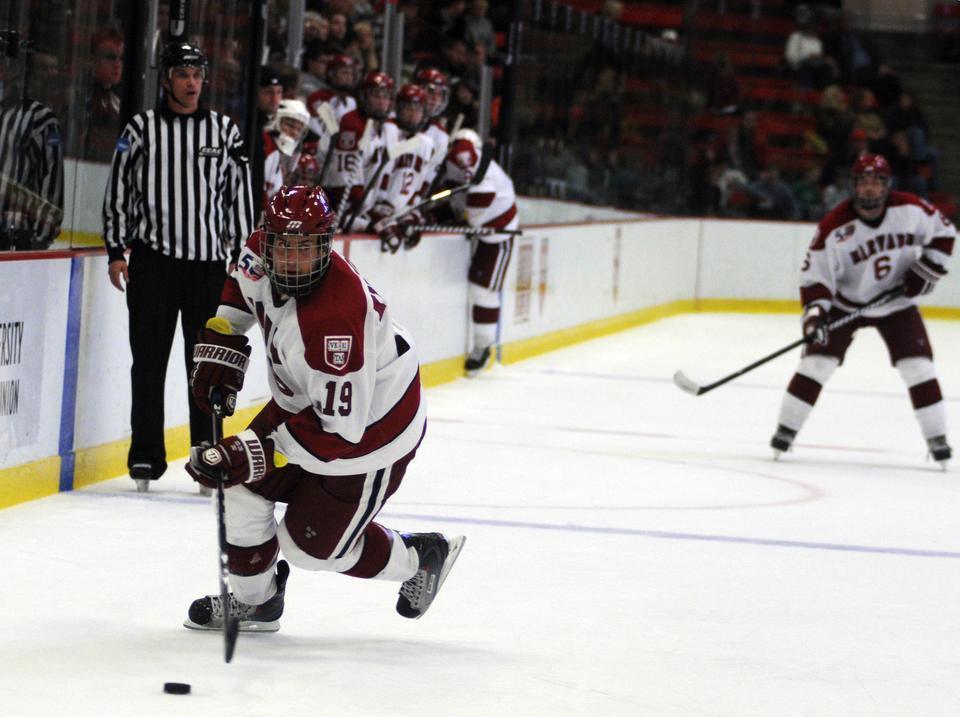 After traveling halfway across the country, the Harvard men's hockey team tied No. 18 University of North Dakota, 4-4, Thursday night in a back-and-forth overtime battle.

The Crimson (4-3-4, 3-3-2 ECAC) got on the board first. With just under five minutes left to play in the first period, freshman defenseman Patrick McNally slipped one past the goalie to give Harvard the 1-0 lead.

But the Fighting Sioux (9-8-2, 7-7 WCHA) came out hot in the second, notching back-to-back goals within the first two minutes of the frame. Senior forward Alex Killorn, who finished the game 17-4 in faceoffs, continued the scoring frenzy and netted one of his own less than a minute later to tie the game at two.

Though the rest of the period saw back-and-forth play, North Dakota found the back of the net two more times in the period to give the home team a 4-2 edge going into the second break.

Despite its struggles in the second frame, Harvard took control of the third period. Junior forwards Alex Fallstrom and Marshall Everson each tallied a goal midway through the final frame of regulation, propelling the Crimson into overtime with the score knotted at four.

Starting with a penalty early on, Harvard found itself on its heels in overtime and was unable to record a single shot. North Dakota had four, but freshman goaltender Steve Michalek, who had 33 saves on the night, corralled them all, and the game ended with both teams frozen at four.

The two squads head back to Engelstad Arena Friday night when they face against each other for the second time in as many days.