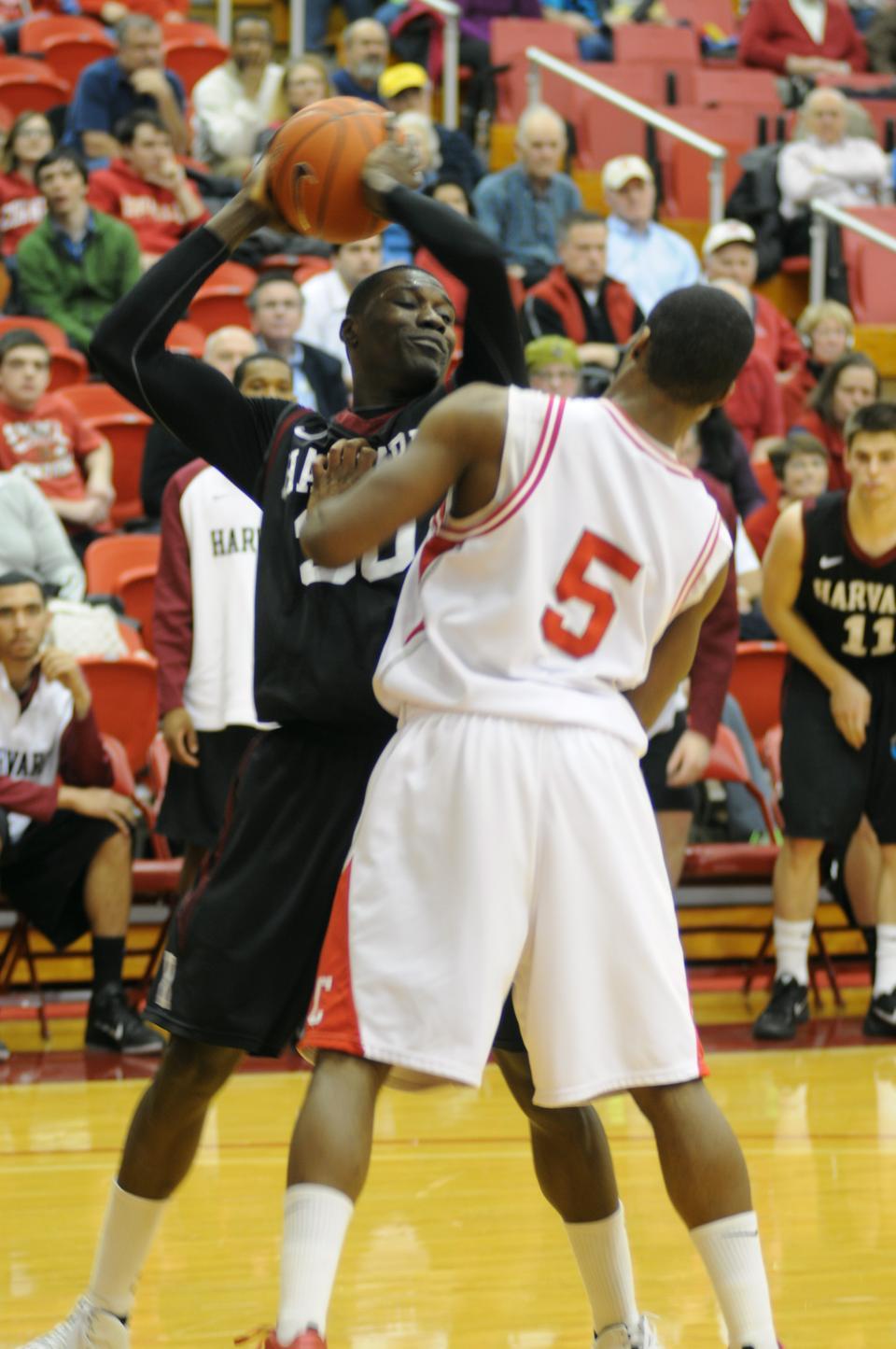 ITHACA, N.Y.—After losing twice to Cornell a year ago, Harvard has returned the favor, winning at Newman Arena Friday night, 73-60, to complete the season sweep of the Big Red. The victory gave the Crimson (19-4, 8-1 Ivy) its best start to conference play in program history.

“We’re pleased,” Harvard coach Tommy Amaker said. “[Newman] was a tough place to play for so many years and for so many teams because of how well [Cornell] played here. So anytime you can get a victory here, it’s a nice moment.”

The Crimson dominated the game from start to finish. Sophomore forward Christian Webster continued his hot shooting from last weekend with a three pointer from the left corner to open the game, and junior co-captain Keith Wright scored on a post-up the next possession.

After a baseline jumper from forward Errick Peck put the Big Red (6-17, 2-7) on the board, Harvard hit five of seven free throws, and sophomore guard Brandyn Curry hit a floater in the lane to give the Crimson a 12-2 lead with 14:40 left.

“We played very well in stretches,” Amaker said. “I thought we had a very good first half.”

Cornell managed to whittle the margin down to four points over the next five minutes, but it would never come closer to taking the lead. Harvard went to the free throw line time after time and methodically built its advantage. In the opening frame, the Crimson went 16-of-18 from the charity stripe, while the Big Red shot just 2-for-2, and Harvard headed into intermission with a 37-24 lead.

No one used the line better than Webster. Twice in the first half, the sophomore was fouled on a three-point attempt and then proceeded to convert all three free throws. In the second half, Webster was even fouled as he hit a trey and went on to complete the four-point play.

The forward finished the night as the game’s leading scorer, pouring in 20 points on 4-of-8 shooting, including 3-of-6 from three and 9-of-9 from the stripe.

“He’s an offensive player, and most offensive players, if they can see the ball go in the basket—whether it’s a free throw or an easy shot—they find a little bit of a rhythm,” Amaker said. “I thought that’s what happened with [Webster].”

The guard play of Curry was at least on par with his classmate’s performance. Curry hit his first five shots from the floor—an assortment of runners in the lane and three pointers—and knocked down all six of his free throws en route to scoring a season-high 18 points.

But Curry was just as instrumental facilitating shots for others. He tallied five assists and put his teammates in position to get to the free throw line numerous times.

Behind Webster and Curry, the Crimson built a lead as large as 21 points in the second half. Harvard got to the line 17 more times in the second frame and finished the night shooting 29-of-35 from the stripe. Cornell, by comparison, was 6-of-6 in the game.

Three three pointers from Big Red guard Drew Ferry—Cornell’s leading scorer with 12 points—cut into the Crimson’s advantage late, but the final result was never in doubt. The Crimson took the game, 73-60.

“We talked to our kids about still growing,” Amaker said. “It’s the ‘dog days’—quote-unquote—of February...but I wanted them to embrace to notion that we can still grow as a team...we still have moments that we can improve and grow.”