Harvard to Battle for Top Spot in Ivy League 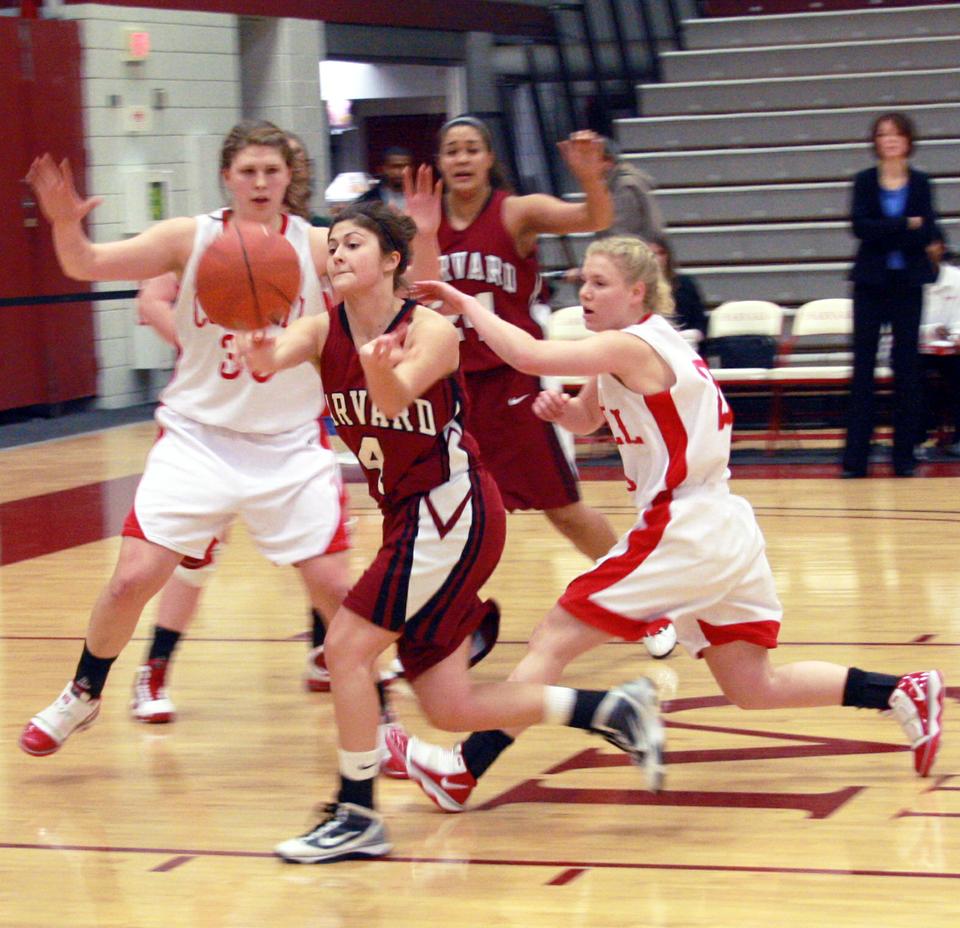 Step aside, Yale. This is the year of Harvard-Princeton—as far as Crimson basketball is concerned.

Friday marks the first contest between the Ivy League’s two currently undefeated teams: the Harvard women’s basketball team (11-6, 3-0 Ivy) and the Tigers (14-3, 3-0). Quite the rivalry is brewing up between these two squads, as Princeton was the only team to sweep the Crimson during the regular season last year. Saturday will feature Harvard’s second conference game at home this weekend, as the Crimson will host Penn (7-10, 1-2) in an evening contest at Lavietes Pavilion.

“We’re really excited going into the Princeton game,” co-captain Christine Matera said. “Since Princeton is undefeated and the defending Ivy champion, everyone is looking to them and looking to match them up. We’re hoping to be the first team to do so.”

Two losses against the Tigers and one defeat against Dartmouth at the start of last season were the only blemishes on Harvard’s Ivy record, denying the Crimson the top spot and just earning the team an entry in the Women’s National Invitational Tournament (WNIT) for the second year in a row.

The Tigers went to a different competition—the NCAA tournament—where the Ivy League champions lost against a then-No. 6 St. John’s squad. The loss denoted the end of a 21-game winning streak, a feat for a team that had finished below Harvard in third place just the year before.

“Last year, we were pretty disappointed with the losses,” junior point guard Brogan Berry said. “Everyone is eager to get back into Ivy League play, especially for this game. We are the underdog again this year and are going to use the early season rankings as added motivation to beat Princeton.”

Harvard has remained stagnant in second place for the past three seasons. It was almost four years ago, on Mar. 18, 2007, when the Crimson last made an appearance in the NCAA tournament in a first-round loss to Maryland.

Penn women’s basketball has failed to rise above the bottom half of the standings ever since the 2006-7 season, when the Quakers boasted a .500 record.

“Both games this weekend are really important,” Berry said.  “We try to act like every game is a championship game. Our goal is to regroup after Friday’s game and come out hard against Penn…they’ve been playing a bunch of teams really [closely], so we want to come out with the same amount of energy and focus [against the Quakers].”

After demolishing the Big Green at the start of the season and taking care of Columbia and Cornell on the road, the Crimson will face its biggest test of the season thus far by hosting the defending Ivy League champions. No other conference opponent is projected to give Harvard such a battle since the Tigers are the team to beat. Capturing the win in the first game of the season between the two squads would be a key step towards the Crimson’s 12th Ivy League championship.

“This weekend is obviously huge for us,” Berry said. “We’ve been planning and preparing during the whole season for this one. We’re getting ready to take the hard work we’ve been putting in during practice and apply it to the game.”

The home team can afford to be confident, as it has recently put a string of wins together after starting out the season alternating wins and losses for several weeks. Harvard has won its last five games in a row by an average of 18 points, though that number can be a bit deceiving.

The Crimson had a scare last weekend against the Lions in a game that came down to the final three seconds of the contest. It was rookie Christine Clark who sunk a baseline jumper with the shot clock running down to give Harvard the much-contested win. The Crimson then shook off the jitters to embarrass Cornell by a 31-point margin of victory.

Princeton will be coming into the game with momentum on its side as well. The Tigers haven’t had a close game in conference play yet, defeating Penn by nine points and blowing out both Brown and Yale on the road last weekend. Princeton is also enjoying a winning streak of its own, securing the win in six consecutive games and 11 out of its last 12 contests.

Penn’s current Ivy League season started out with two losses—at Princeton and at Yale—but the Quakers got a bit of confidence last weekend after handily defeating Brown by 20 points. Though Penn hasn’t consistently played at a level to beat the Crimson the past couple of seasons, Harvard cannot take any game for granted, especially a night after a marquee matchup.

“We don’t want to overlook any other team—just look at the game against Columbia; it was a one-point game,” Matera said. “[The Lions] only had two wins this season prior to playing us. Obviously, Princeton is the No. 1 team to beat, but we need to come ready to play every game.”