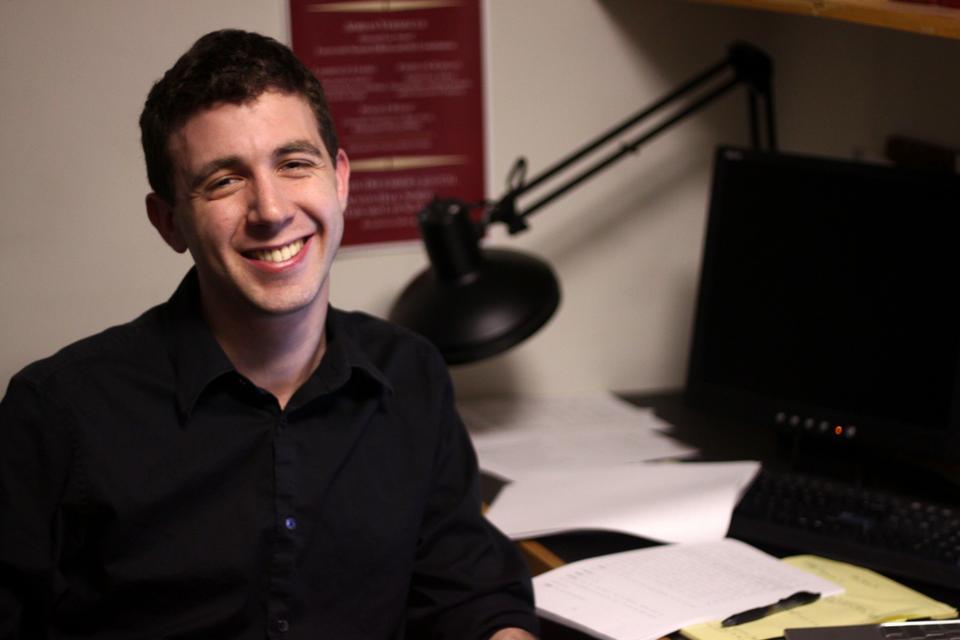 Reich says that being gay is a non-issue for the Harvard Law Review community, but that he recognizes the significance of the election. He says that while he was in high school, before coming out of the closet, he found it hard to picture achieving his dreams and be gay at the same time.

“If I had seen someone who was the president of the Harvard Law Review and [also] openly gay, that would have been helpful to me,” Reich says.

Ryan C. Reich, Mitchell’s older brother and a sixth year graduate student pursuing a Ph.D in the math department at the Harvard Graduate School of Arts and Sciences, said that while his brother is certainly an advocate for gay rights, his sexual orientation is “not a cause” for the second year law student.

“I don’t think it affects his approach to work or his legal mind,” says Reich. “He does certainly have a certain affinity for gay rights issues ... but I think, first, that this is part of a larger affinity for liberal thought.”

The office of the president of the Harvard Law Review is not as grandiose as the elite status of the title might suggest. On the third floor of the Georgian-style Gannett House—up two flights of steep, winding stairs covered in faded grey carpet—the office is barely more than an alcove, away from the bustle of activity in the common quarters. Red volumes of past issues are stacked around the room, and a few posters and phone numbers are tacked onto the wall around the desk. The only noise is the ticking of the black clock hung on the wall to the left of the desk.

One week into his tenure as president, Reich has yet to make the coveted office his own. He says he might as well—mentioning he plans to put up pictures, including one of his baby half-sister Haley—considering the amount of time he will spend in the room. Every day in the past week, he has arrived at Gannett between 7:30 a.m. and 8 a.m. and left no earlier than 10 p.m., leaving for pockets of time to attend class.

As president, Reich will play the role of the editor-in-chief—overseeing the publication of both in-house and scholarly articles in the review—and of managing the staff and external relations. He says that, as president, he intends to continue the expansion of the web edition of the law review, transforming the web version into a valuable tool for scholars and an online mecca for scholarly discourse and debate. Reich also says he wants to be more conscientious about the length of legal articles—keeping articles at around 25,000 and below 30,000 words. But above all, Reich says he wanted to continue to produce a first-rate publication.

“My predecessor and the class before is a tough act to follow,” Reich says, going on to explain that he hoped to keep the tradition of excellence alive in the eight issues he would oversee as president.

Family and friends note that Reich’s election as president is a reflection of another tradition of excellence—his own. Reich has been articulate, passionate, and an exemplary leader since an early age, they say.

“When Mitch was in Kindergarten, he was writing books,” says his mother, Diane Cohen, referring to short picture books with plots and drawings her son started making from age three. “His teacher excused him from naptime, saying he was an author and had more important things to do than nap.”

Reich was student body president his senior year at Dalton, and has worked for the gubernatorial and presidential campaigns of Eliot L. Spitzer and Barack Obama respectively, in addition to interning with New York Senator Charles E. Schumer.

Reich’s college roommates of four years Brent Lowry said that Reich’s election was exciting news, but not at all surprising.

“Mitch is absolutely accessible, engaging, and knows how to challenge you on an intellectual level,” says Lowry.