Panel Discusses the Role of Sports in Society 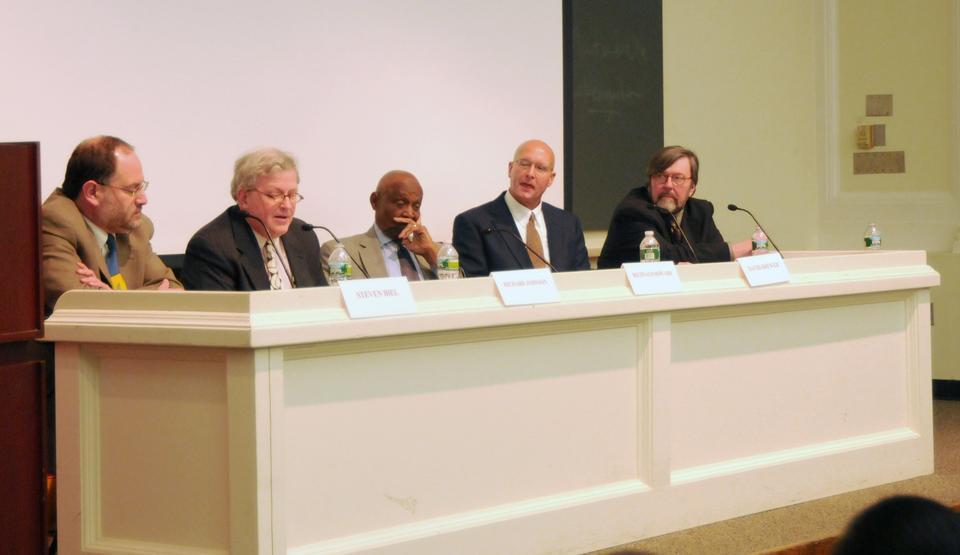 In an effort to draw together two disciplines that rarely intersect—art and sports—the Harvard Foundation for Intercultural and Race Relations brought together yesterday a baseball park owner, photographer, museum curator, and veteran of the Negro Baseball League to highlight the importance of sports in the evolution of American society.

The discussion—titled “The Color of Baseball: from Birmingham to Boston”—began with a quote from David L. Halberstam ’55, a former Crimson managing editor and Pulitzer prize winner, who was fond of saying that “Behind every great sports story is the story of a nation.”

And Dr. S. Allen Counter, the foundation’s director, said that America’s sometimes troubled history can be seen and understood through its relationship with the national pastime.

Bill Chapman, a veteran sports photographer, displayed photos that aimed to show the diversity of the sport’s fans—black, white, young, old. The integration of friendship, photography, and baseball, he said, provide a display of America at its core.

Panelist and former second-baseman on Negro League team the Indianapolis Clowns Reginald Howard acknowledged the great contributions of African American players like Hank Aaron and Satchel Paige, but they also drew the attention of the crowd to the League as a whole. While many people saw the Negro League as a second-rate, Howard said that it was both organized and competitive—on one Sunday, teams from the league played up to 14 double headers at Yankee Stadium.

“I wasn’t the best player, and I don’t have a problem saying that because I made a heck of a contribution,” Howard said.

David Brewer—the executive director of Rickwood Field in Birmingham, Ala.—shed light on the struggle that the city and the region faced with integrating both the baseball leagues and the crowd itself.

With African Americans restricted to seating in right field, Brewer showed images of Rickwood full of white fans. The integration of teams and stadiums would become a powerful marker of the civil rights movements as black players and fans gained equal rights to play and watch baseball.

“As Americans we relate to [baseball]. I don’t know what it is—it could be the competition—but it does seem to be some kind of unifying force,” Brewer said.