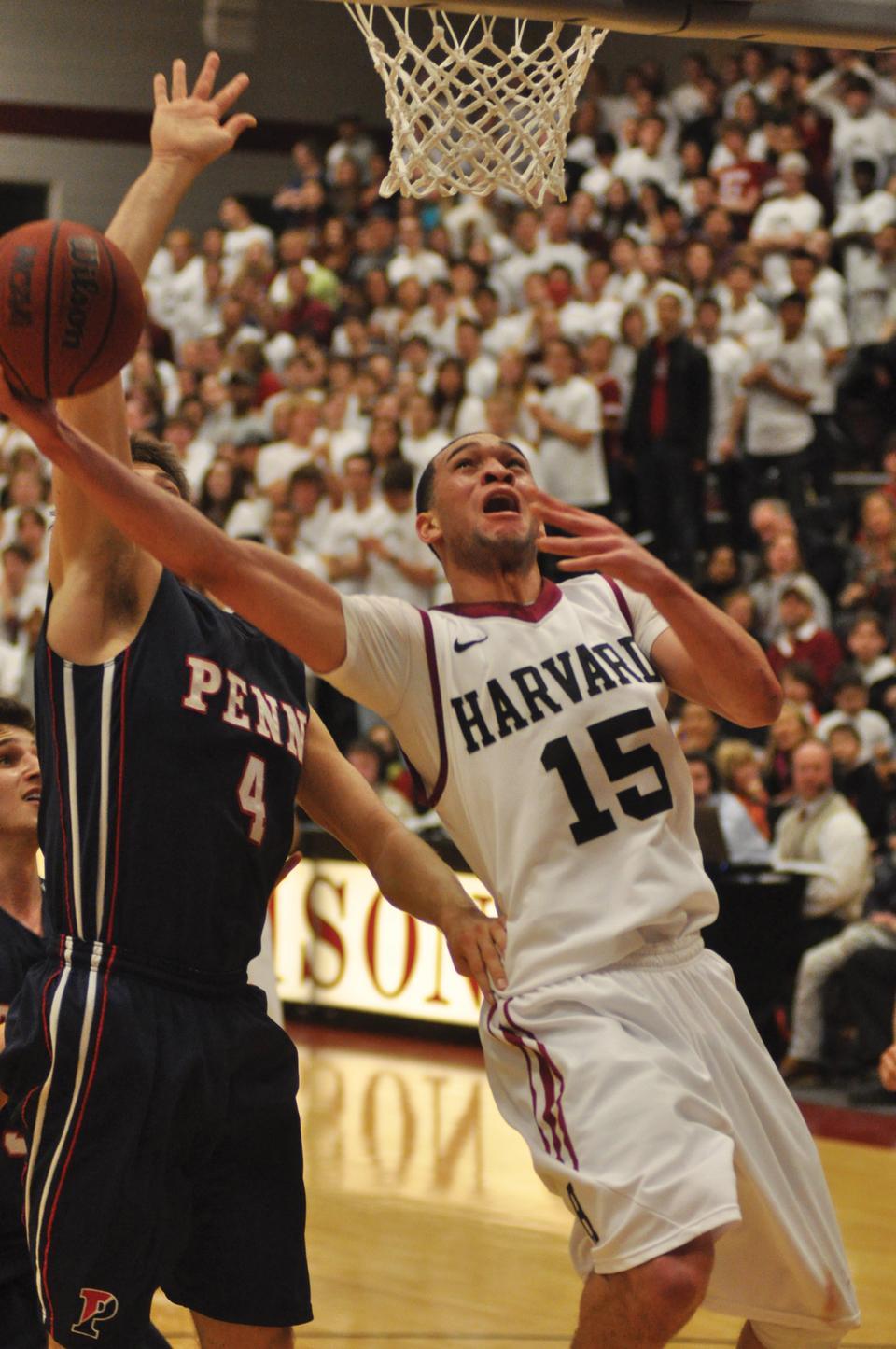 Forced to take the hard road to an Ivy League title after losing to Yale by one point in New Haven two weekends ago, the Harvard men’s basketball team (22-5, 11-2 Ivy) began its final homestand of the season Friday evening with a balanced display of perimeter scoring and defense.

Curry also had a game-high four steals to go along with his first career double-double.

“Brandyn was obviously the catalyst,” Harvard coach Tommy Amaker said. “When he’s aggressive and making plays for our team, we’re a dangerous team.”

Having turned in an all-around performance the last time the Crimson played the Quakers, Curry jumpstarted the team early in the game by finding open teammates on the attack and smothering opposing point guard Zack Rosen on the other end of the floor.

Despite being unable to snatch a lead the entire game, the Quakers were never far behind through the first seven minutes of the contest. After senior forward Jack Eggleston hit a three-pointer, the visitors were down by just two, 13-11.

But Penn failed to capitalize on a Curry turnover on Harvard’s next possession, as Harvard recovered the ball after an offensive foul by Eggleston. Curry was then able to find teammate Matt Brown for a three-pointer.

From then on, the Crimson never looked back. Rivard scored the next eight points in the game with consecutive three-pointers and a pair of free throws to give Harvard a 13-point lead.

“That’s the kind of player Rivard is,” Amaker said. “When he’s shooting the ball well and giving us some points off the bench, it certainly gives us a shot in the arm.”

Feeding off of the raucous crowd’s energy after Rivard’s impressive shooting display, guard Oliver McNally and forward Kyle Casey served up the highlight of the night.

From behind the three-point line, McNally threw an alley-oop pass to a cutting Casey, who rose above all and slammed the ball in with his right hand.

“I was a little late,” McNally said. “So I had to throw it on a line instead of lobbing it like usual. But Kyle made the crazy play...it was a big-time dunk.”

In addition to the Crimson’s stellar offensive exhibition, the team also played suffocating defense, forcing 11 turnovers in the first period, which Harvard turned into 21 of its 47 first-half points.

Amaker credited his squad’s defensive efficiency to an improved approach in containing Rosen.

“Rosen was tremendous with the ball [last time],” Amaker said. “I thought we did a much better job of having the team awareness to help on his penetration and help on ball screen coverage.”

After shooting 65 percent from the field, the Crimson headed into halftime with a commanding 22-point lead. But the team remembered the squads’ meeting one month ago, when Penn rallied from 18-down with 15 minutes left in the game to force a double-overtime thriller.

“I heard our kids talking about it at the half,” Amaker said, “which is a really good sign of them thinking the right way to maintain focus for the second half.”

That kind of mental preparedness helped Harvard hold its ground when Penn opened the second half with a 6-0 run.

Curry steadied the ship with a jumper from the top of the key. From there, McNally, Rivard, and sophomore guard Christian Webster hit timely jumpers to help increase the lead to 26 points with 14 minutes left to play in the game. Webster scored 10 of his 14 points in the second half.

Penn would eventually cut into the Crimson’s large lead and close the gap to 15, but the visitors were unable to mount a serious comeback like they did a month ago.

“Penn has stayed hungry and played well when they’ve been down,” Amaker said. “So we knew that just because we were up by a decent margin at the half, that wasn’t going to be the end of the game. We knew we had to play 40 minutes to win this game, and certainly we did that.”