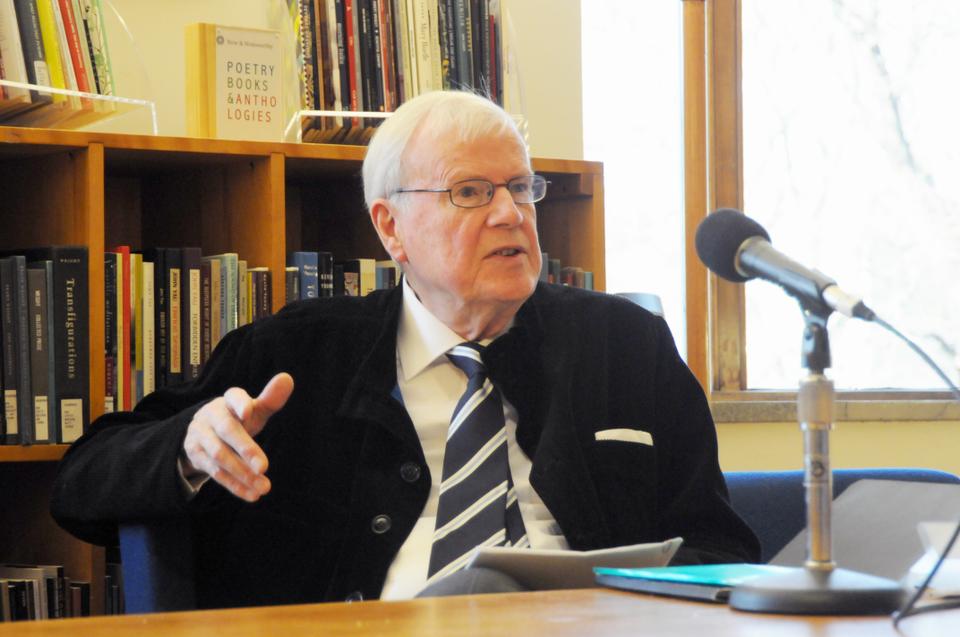 In response to criticism that the Nobel selection committee for the prize in literature has shown a bias in favor of European writers, Swedish author Kjell E. Espmark heaped praise on American writers, saying that the awarding of the prize to William Faulkner was “one of the best decisions” the committee has ever made.

Espmark, professor of the History of Literature at Stockholm University and a member of the Swedish Academy, spoke at a talk titled “A Lens on the Nobel Prize in Literature,” which was part of Woodberry Poetry Room’s Works in Progress program.

The Nobel committee has also come under fire for failing to recognize works by female authors, and Espmark said that women have, in part, been disadvantaged by the judging criteria, which emphasize innovation and “unknown masters.”

Nadine Gordimer, who wrote within an established literary tradition and won the prize in 1991, would have been less likely to win by that criteria, Espmark said.

Doris Lessing, who won in 2007, is an example of someone whose fame made her less likely to win, he said.

The talk began with a selection of readings by Espmark and his wife Monica Lauritzen from Espmark’s first anthology of poetry titled “Lend Me Your Voice,” before moving onto the main topic of the talk: controversies surrounding the Nobel prize selection.

The Swedish Academy—the organization responsible for the selection of winners in literature—has been awarding prizes since 1901, and Espmark said that the criteria for winners have changed over the years, saying that the committee has during various decades sought to promote different aims.  Early in the prize’s history, the committee selected popular literature and in another era it picked authors who were seen as paving the way to a literary humanist ideal.

Espmark said there was a “lack of a broad outlook in the first decade” but also said “many accusations of neglect are mere anachronism,” citing examples such as Franz Kafka and Marcel Proust whose works came into prominence close to or after their deaths.

The prize in literature has also been seen as politically tainted on occasion. Espmark responded to the charges by saying that “we must make a distinction between political intention and political effect.”

He said that the Swedish Academy had been warned by the Swedish ambassador to the Soviet Union that awarding the prize to Alexander Solzhenitsyn could have heightened tensions between the two countries. Solzhenitsyn was awarded the prize anyway in 1970.

“In no way does the Academy take into consideration what would be desired by the foreign office of the Swedish government,” Espmark said.

The talk was well attended by professors, including English professor Helen Vendler, and a smattering of students.

“I was deeply impressed by the level of candour,” said Thomas P. Wisniewski, a Harvard graduate student. “His comments demystified the process surrounding the Nobel Prize.”