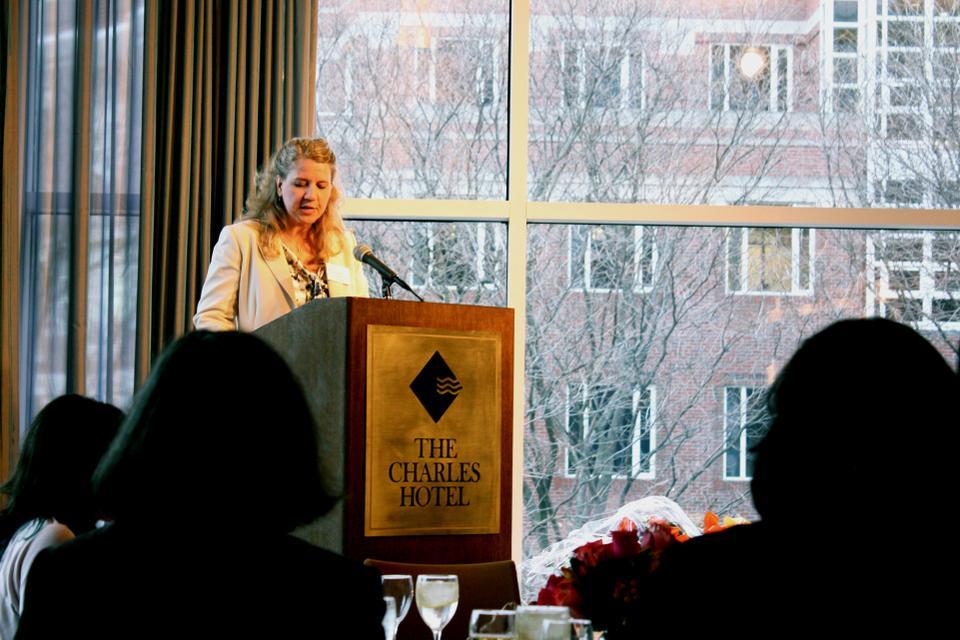 The extravagant Regatta Bar in the Charles Hotel buzzed with the conversations of Harvard community members, united to honor the recipients and nominees of the 14th annual Harvard College Leadership Awards yesterday.

Madeleine E. Ballard ’11, a director of the Peer Health Exchange and Radcliffe rugby player, was honored as the award recipient. An honorable mention was presented to Emily K. Harburg ’11, a former co-vice president in the Leadership Institute at Harvard College and a former member of the varsity women’s volleyball team.

“These women have both amassed amazing portfolios of leadership,” said Susan B. Marine, Women’s Center director and assistant dean of student life at the College. “They bring leadership down to earth with their infectious kindness, and they are a tremendous force for change in this community.”

Ballard said she considers her greatest leadership contribution as a “close tie between the peer health exchange and the women’s rugby team,” which she said she regards as her second family. She accepted the award, adding, “I don’t think that I need recognition, but it’s a blessing.”

The Women’s Leadership Award was the brainchild of Terrie Fried Bloom ’75, who sought to amplify visibility of women leaders at Harvard College. She said former Harvard College Dean Harry R. Lewis ’68 helped her develop the idea to honor student-leaders who have empowered and inspired women to assume leadership roles.

“There were bad feelings between Harvard and Radcliffe, and this award was a way to give an olive branch,” said Bloom, who funded the award through an endowment established with a gift.

Dean of the College Evelynn M. Hammonds also acknowledged scholar-athletes Ballard and Harburg for their “distinguished commitment to public service and political action.”

“Their personal integrity and selfless leadership is what the College is committed to instilling in its students. They inspire us to make positive contributions in the world,” Hammonds said.

“We still have a society where questions are raised about women’s capacity to lead,” she said. “This was seen when Faust stepped up to be president of the University. It was seen as unexpected, but I am confident she will not be our last woman president.”

After the students were honored, Christina “Tina” M. Tchen ’78, assistant to the President and Chief of Staff to First Lady Michelle Obama, was named the recipient of the Women’s Professional Leadership Award. This award, given to a Radcliffe College or Harvard College alumnus, acknowledged Tchen for her achievements in public service.

“I’ve always been passionately concerned and active in women’s issues,” Tchen said. “My coming of age in the ’70s, the fight for the Equal Rights Amendment, serving in a profession as a corporate trial attorney, and looking at my daughter have all motivated me to be active.”

Ballard said that she hopes people leave the event with a new definition of leadership.

“Leadership is most often understated. It’s happening all around us,” Ballard said. “We may see the soldier win the Purple Heart or the star athlete whose performance leads a team to a championship, but we are all being watched and have our own spheres of influence. If we live our lives with purpose, that will be remembered long after the spotlight.”