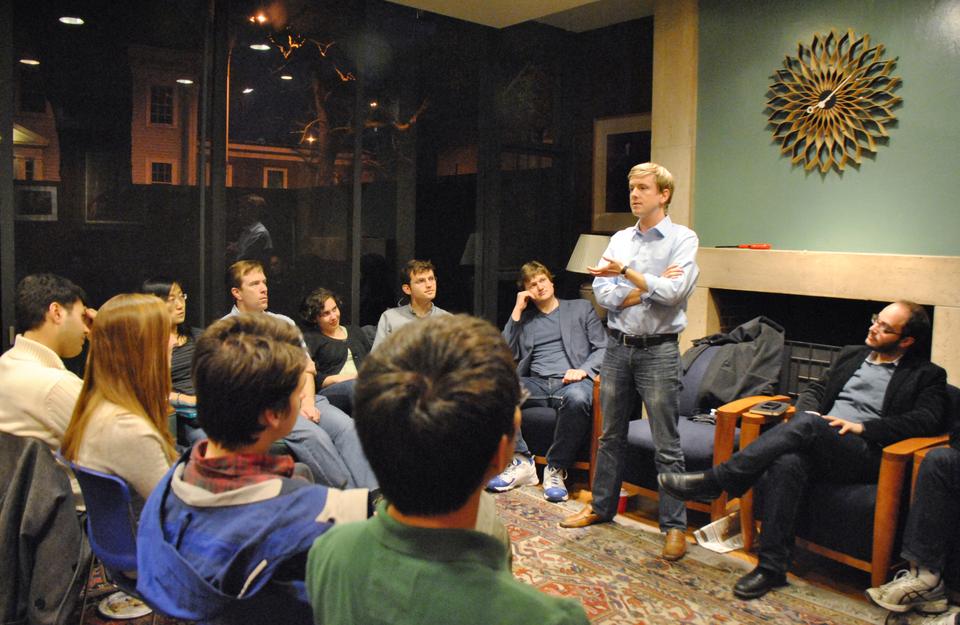 The splash page on the entrance to President Obama’s 2012 election campaign website asks its viewers, “Are you in?” Titled barackobama.com, the online network created by Chris R. Hughes ’06 is a portal through which millions of people have connected with the presidential campaign in 2008 and continue to engage for the upcoming contest in 2012.

Hughes, also a co-founder of Facebook and a social entrepreneur, discussed his past projects and his new endeavor Jumo, a social networking site that connects individuals with non-profit organizations.

According to Hughes, the word “jumo” comes from a West African language and means “together in concert.”

Jumo’s functions include allowing users to find information about non-profits’ missions, locations, and how to volunteer, Hughes said.

“We want to create a world where it is not possible to say, ‘I care, but I can’t find anything meaningful,’” Hughes said.

A self-described idealist, Hughes said he is committed to empowering hundreds of thousands of people to effect change.

“I saw this as an opportunity to work at a platform that would empower tens of thousands of organizations around the country,” said Joshua Hendler, chief technology officer of Jumo.

During the question and answer period, students inquired about Hughes’ choice to leave Facebook and his work on barackobama.com, but were especially interested in the entrepreneurial aspect of his work.

“It’s hardcore,” Kenny Yu ’14 said. “It’s really hard to have a unique idea and to deal with competitors. It takes a lot of focus.”

“I think college may be the only moment in American society where you get to live and think and reflect,” he said. “I know it sounds crazy, but it’s extremely valuable for entrepreneurship.”