Busy Harvard Competes on Both Coasts at Two Invitationals 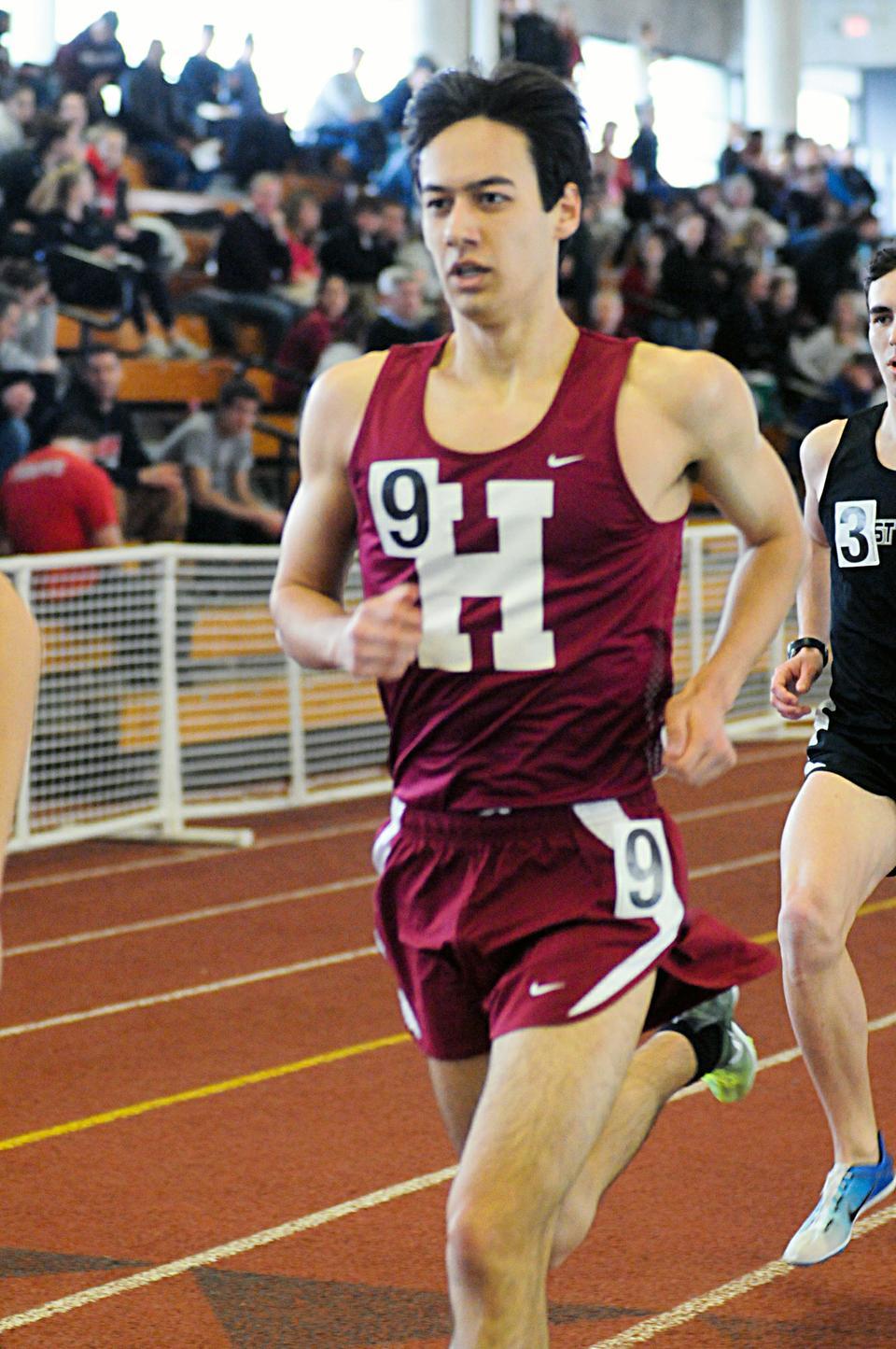 Sophomore Weishen Mead, shown above in earlier action, had a strong performance at the Larry Ellis Invitation in Princeton, N.J., on Saturday. The second-year 800-meter runner came in first place in his heat with a time of 1:53.52. His time was good for third-best overall in the event. By Angeline L. Baniqued
By Oluwatoni A. Campbell, Crimson Staff Writer

By taking on the Brutus Hamilton Invitational in Berkeley, Calif., and the Larry Ellis Invitational in Princeton, N.J., the Harvard track squad went coast-to-coast to bring back some school records, season records, and personal bests.

“I think we had a good weekend overall,” Crimson coach Jason Saretsky said. “I was most pleased with our sprinters and jumpers out in Cal and our middle distance runners and jumpers in Princeton.

“This week was more about continuing to work on individual performances, as we gear up for outdoor championships in two weeks.”

After strong performances against Yale in the annual Harvard-Yale dual meet, a contingent of Harvard runners and jumpers made its way down to Princeton this past Saturday to take on the rest of the Ancient Eight and the Northeast.

Clearing the bar at 1.65 meters, senior Dina Emde finished in a 10-way tie for third place in the high jump, behind second-place McKenzie Majchrzak of Army and first-place Monique Roberts of Columbia.

On the men’s side of the 800-meter race, sophomore Weishen Mead ran away with first place in his heat in 1:53.52. With that time, Mead set not only a new season best for himself but also walked away with the third fastest time for the 800-meter event in the competition.

On the other side of the country, another contingent of Crimson runners and jumpers was similarly making new records.

On the women’s side, freshmen Christina Twicken and Meisha Brooks and juniors Shannon Conway and Magdalena Robak won the 4x400 relay race in a time of 3:45.1. Their mark was not only a best for the four runners but also the fifth-fastest time in Harvard history.

“They’ve just had a really strong year,” Saretsky said. “And it’s a similar time to what they ran during the indoor season at the ECACs. Its great to see them back to that form. It looks like they are hitting their stride as we head into the championship part of the season.”

Sophomore Sydnie Leroy posted a season-best mark in the women’s pole vault while taking sixth in the event. Leroy, who posted in a final height of 3.71 meters, came up just short in her attempt to topple the school record in pole vaulting.

In the 1500-meter race, senior Claire Richardson and junior Kailyn Kuzmuk finished in 10th and 11th place, respectively. Kuzmuk’s finishing time of 4:32.18 was a new personal best for the distance runner.

Clearing the bar at 1.68 meters, sophomore high-jumper Mary Hirst finished in fifth-place in the high jump but just 0.2 meters off her personal best of 1.70 meters. In the women’s 100-meter hurdles, freshman sprinter Olivia Abbate posted in a time of 14.97, to finish in seventh place overall for the event.

On the men’s side, junior Nico Weiler and sophomore Fedor Garin finished 2-3 in the pole vault, respectively, with Weiler clearing a height of 5.00m and Garin clearing 4.85m.

Back on the ground in the men’s 200-meter dash, junior sprinter John Dingus finished in third place with a time of 21.93, behind Utah State’s Armahd Lewis and Silas Pimentel.

Despite its victories so far this season, the Crimson hopes to continually build off of its success in its remaining races of the season.

“We are strong in a lot of different areas right now,” Saretsky said. “We have great depth and we have contributions being made from all the different areas, so it’s really exciting to see things coming together as a team.”

Kuzmuk went a bit further as she iterated her team’s desire to end the season with at least a third-place finish at the Heptagonal Championships.

“The big goal that we have as a team is to finish in the top three at Heps, and we have our eyes on competing against teams like Cornell,” Kuzmuk said. “ But I think that if we continue to give it our all, work together as a unit, and continue to support one another, we’ll be able to reach our goal.”